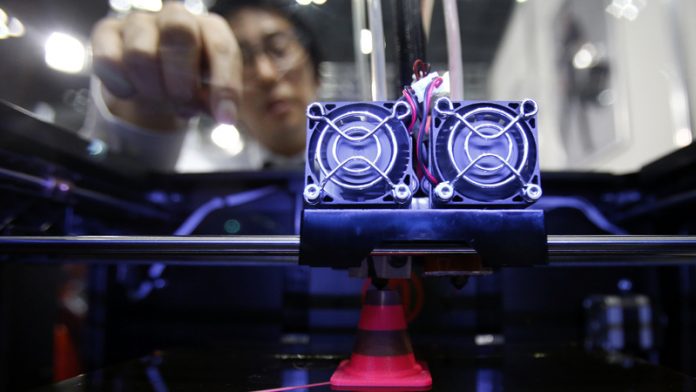 “CES 2015 is different for us in that we are purposefully not introducing new 3D printers,” said Jenny Lawton, chief executive of MakerBot. “Instead, we are focusing our efforts on creating the most comprehensive MakerBot 3D Ecosystem to support our customers.”

She pointed out that 2014 had been a highly active year for the manufacturer.

“For 2015, we are focused on enhancing the overall MakerBot 3D Ecosystem by fine-tuning our 3D printers, iterating our software and apps to unlock their full potential, and launching new MakerBot PLA Composite Filaments as well as services that will make 3D printing even more interesting and accessible.

“At CES, we want to ground the hype and showcase how educators, businesses and real users have incorporated MakerBot 3D printing into their daily work and lives.”

MakerBot provided the following information on some of its initiatives for 2015:

These new filaments bring 3D printing closer to the look of a finished product, yet retain the nontoxic and ease-of-use properties that make PLA such a popular 3D printing material. With MakerBot PLA Composite Filaments, the exciting potential of the swappable MakerBot Replicator Smart Extruder will also be realised, as new Smart Extruders are developed to match the new materials.

3. MakerBot Mobile True Remote Printing and Monitoring will now be fully realised. This exciting new MakerBot feature is designed to allow full control and monitoring of 3D printing on a fifth-generation MakerBot Replicator 3D Printer from anywhere, anytime, via a wi-fi or cellular network and will be available in early 2015.

4. MakerBot Kit for MODO 801 is an application designed in partnership with the global software company The Foundry for MODO 801, that takes advantage of MakerBot’s open API and full integration with Thingiverse.com, one of the largest 3D design communities in the world for viewing, sharing, downloading and 3D printing 3D designs. This exciting integration allows MODO and Thingiverse users the ability to store, share and 3D print designs made with MODO 801.

Engineering students are best prepared for the shift in gear, but they will need to learn to change lanes
Read more
Coronavirus

3D-printed prosthetic limbs: the next revolution in medicine

The process could transform manufacturing and help the 30 million people worldwide in need of artificial limbs and braces.
Read more
Advertising