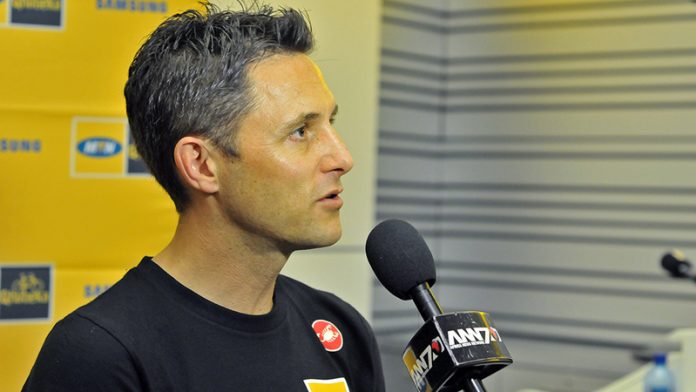 Africa’s cyclists can have the same impact on the grand Tours as its runners had on Olympic tracks, the man behind the continent’s first Tour de France team believes. South African Douglas Ryder formed the MTN-Qhubeka professional team in 2007 and has made it his mission to build a roster made up predominantly of African riders.

The team received a wildcard for this year’s Tour and while it would be fanciful to suggest all those wearing the distinctive black and white stripes at the start in Utrecht, the Netherlands, will be Africans, it is still a breakthrough moment.

“I believe in the potential of the endurance gene that is very prominent across this continent and we wanted to get more Africans and South Africans on to bicycles and see how far they can go. Can they become the best in the world?” he ponders. “I wouldn’t be surprised in the next three years that a black African rider will be on the podium in a Grand Tour.”

Power and data
Ryder believes in the talents of Eritreans like Natnael Berhane, Daniel Teklehaimanot and Merhawi Kudus, as well as South African Songezo Jim and Rwanda’s Adrien Niyonshuti. Jim was the first black South African to compete in a UCI World Tour event in 2013, grimacing through the snow on the Milan San Remo while Kudus completed last year’s Vuelta despite a horrible first week crash.

“We are super scientific as a team and we understand the power and data that comes out of these guys, that’s why we believe this is possible,” said Ryder, who augments his African contingent with seasoned pros like American Tyler Farrar and Norway’s Edvald Boasson Hagen.

“The only thing we can’t simulate is the skills in the bunch. When you are riding in Africa the road goes in one direction for 50 miles, you might see an ostrich or a buffalo. In Europe you have three-metre wide roads, hundreds of riders, towns every 20km with traffic furniture and roundabouts. In our first year, five riders broke their collar bones. You need time in the peloton to get that rhythm.”

No history of doping
Team sports director Jens Zemke agrees: “We have some huge talent in our team. The body structure. They look like long distance runners, but it’s also about discipline, experience, technical understanding and the lifestyle.”

Fast or slow, Ryder says his team, that partly exists to promote the Qhubeka Foundation’s work in giving bikes to rural villages, will not be stained by cycling’s curse, doping.

“There is no history in Africa of doping in cycling,” he said. “In a way I’m happy we are in cycling today and not seven or eight years ago because at that time it was like racing motorbikes and African riders would have looked and thought the door is not going to open, that they can’t compete. That era turned whole countries away from cycling.” – Reuters