Menswear steps out of the sartorial shadow 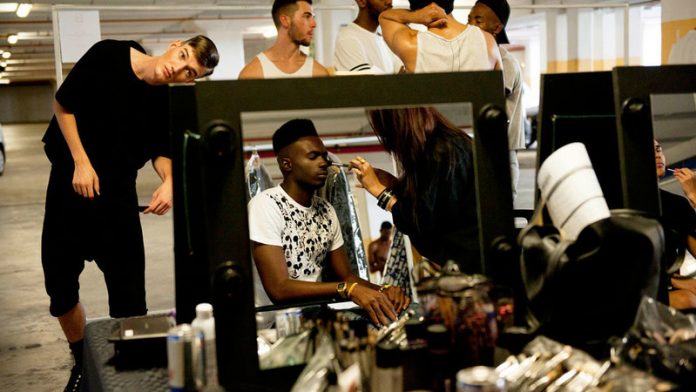 ‘It’s going to be all about celebrating Africa. It is inspired by South African street style and I want ­everything to be cool and modern.”

Chu Suwannapha says that’s what the audience can expect when he sends models down the runway on Saturday night at the South African Menswear Week (SAMW), currently under way in Cape Town. The man whose colourful dress sense often manifests itself in a combination of clashing prints is launching his label Chulaap, and there is no doubt that his is probably one of the most highly anticipated shows of the three-day fashion showcase.

Affectionately known as the “Prince of Prints”, Suwannapha’s switch to designing comes just a few months after he was awarded the accolade for most innovative style at last year’s South African Style Awards. Although he has worked for many years as a fashion director in the local magazine industry, he is no stranger to designing. Before he moved to South Africa 14 years ago, Suwannapha worked as a designer in Paris and, before that, he had started Chulaap in his native Thailand.

He stopped designing when he got to South Africa, but the dream of owning a label remained and, thanks to the organisers of Menswear Week and the Cape Town Fashion Council who approached him at the end of last year to “do it”, this dream is now taking flight.

Suwannapha is working with the milliners Simon & Mary and the sock label Skinny Sbu Socks to realise a vision he says is informed by the unique style of young African urbanites in trendy spaces such as Braamfontein and Maboneng. 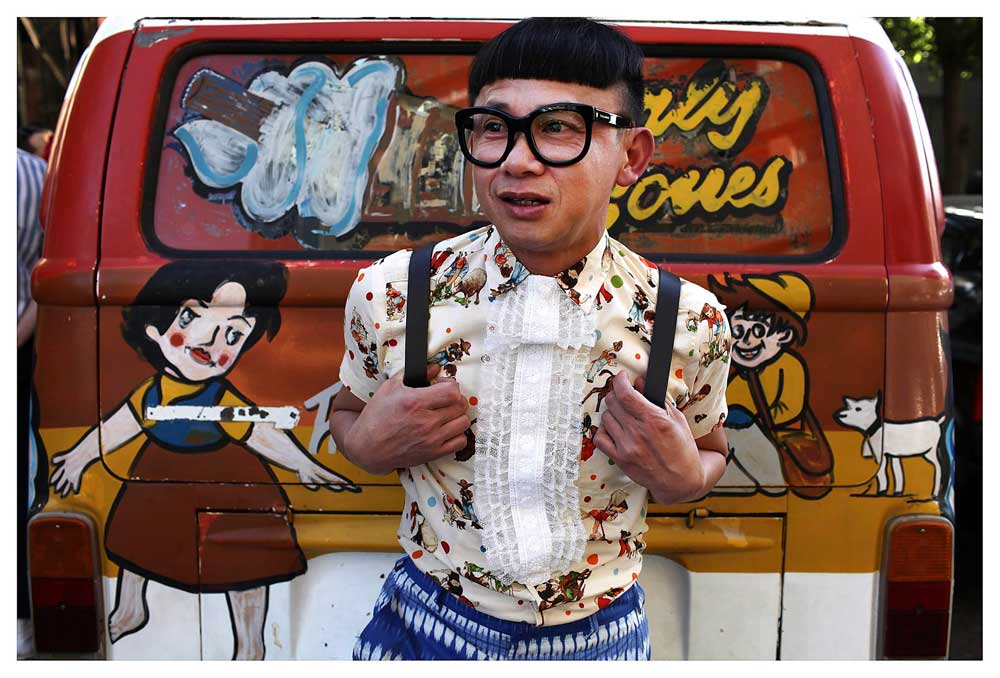 “There’s a freedom to South African street style that you can’t see anywhere in the world. I love seeing how people make vintage pieces look very modern, for example.”

His collection is being debuted at a time when menswear is taking centre stage in South African fashion. Traditionally it was shown alongside womenswear. Now, for the first time, South Africa is joining several fashion centres around the globe that host an annual fashion week exclusively dedicated to menswear.

London introduced the London Collections: Men in 2012, with the aim of shining a spotlight on the British menswear industry, which reflects the growth of the category worldwide. Vancouver also has an exclusive men’s fashion week.

Research firm Marketline reported that, last year, the local menswear market was expected to generate more than R20-billion, reflecting a compound annual growth of 8.3% since 2009. The organisers of Menswear Week hope to capitalise on this growth and, by featuring the best local talent and some designers from the rest of Africa for three nights of runway shows, to drum up interest in the local industry.

Cofounder, Ryan Beswick, says: “We’ve been talking about it for about two years. We had a whole bunch of ideas and we had to look at what’s feasible and whether or not we are right about providing this niche service. When you look at men’s fashion as a whole, it’s not just clothing, grooming is also booming. Men used to not care about how they look but that has changed a lot.”

Beswick comes from a publishing background and was a director of the Magazine Publishers’ Association of South Africa. He has also worked in sports and sponsorship. His co-founder, Simon Deiner, with whom the idea of Menswear Week was initially discussed two years ago, is a renowned fashion photographer.

Few people have covered fashion weeks around the world as extensively as Deiner has. He says that menswear is increasingly being given its own space. 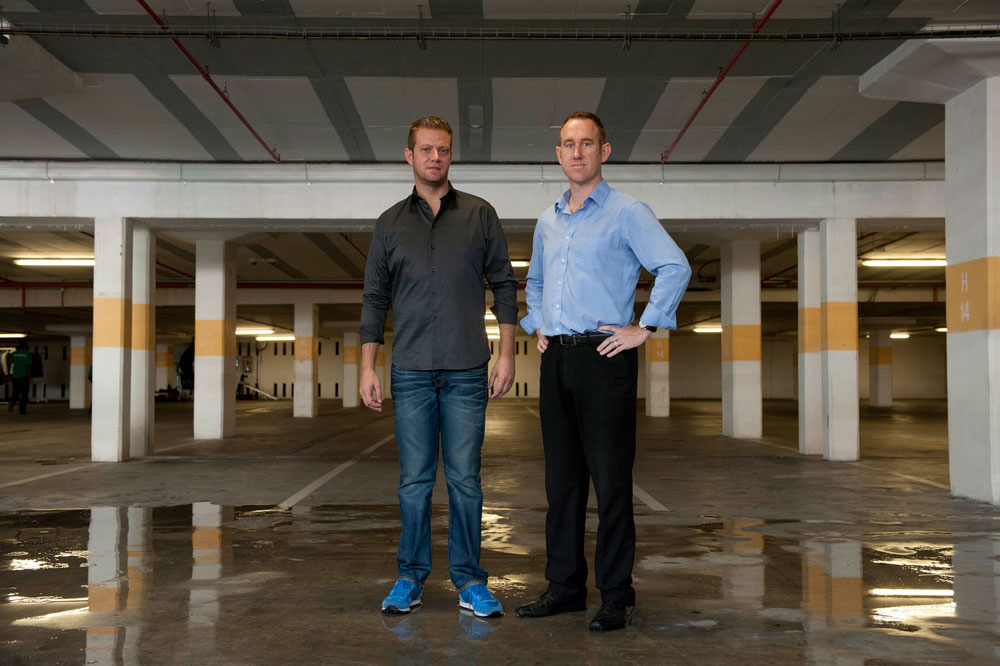 Cofounders Simon Deiner and Ryan Beswick (right) are the men behind the Menswear Week.

“Niche focus platforms really do make a difference. We have gone out and sought some really good young designers, but we also have older labels like Magents, who stopped showcasing long ago because it wasn’t working for them. They have built up a strong business over the years and we’re excited to have them on the schedule.”

Still, some would argue that there are too many fashion weeks in an industry that appears increasingly fragmented. These include South African Fashion Week and African Fashion International’s (AFI) Mercedes Benz Fashion Week (MBFW), which hosts shows in Johannesburg and Cape Town, as well as an annual event featuring designers from the continent and diaspora. All of them host shows by menswear designers.

The South African Fashion Week organiser, Lucilla Booyzen, says the establishment of yet another fashion week will further fragment the industry. “It puts designers in a position where they have to choose. It creates confusion, not only in the media but with consumers too. We are seen as an industry that is a shambles.

“I think the industry is way too small to accommodate separate fashion weeks. You can’t use Milan, London and others as examples because those industries have existed for many decades. There aren’t enough people investing in local fashion as it is, so why create further confusion?”

African Fashion International’s managing director, Sizwe Nzimande, agrees that there is a need for unity, although he does not dismiss the need for a focus on menswear, particularly taking into account the growth in the market.

“Menswear is growing so fast and taking such a great share of the market that it makes sense to keep your finger on the pulse and promote it. I think fashion platforms position themselves geographically and seasonally to bene­fit designers.

“In this instance, Menswear Week works. However, having said that, South Africa’s fashion industry is still in its infancy. If we are to compare ourselves to other international markets, such as the major fashion capitals, we are still at a growth phase, where platforms should work together for a common goal, which, ultimately, is a sustainable fashion industry.”

The negative sentiment doesn’t bother Beswick, who says he believes the other platforms can continue doing their work.

“I see ours as a completely different entity. When you are menswear at a show that is predominantly about ladies’ wear, you get lost. Here, we can have the best men’s designers and enough time for all of them, and the men’s press and buyers present to take what they need out of it.” 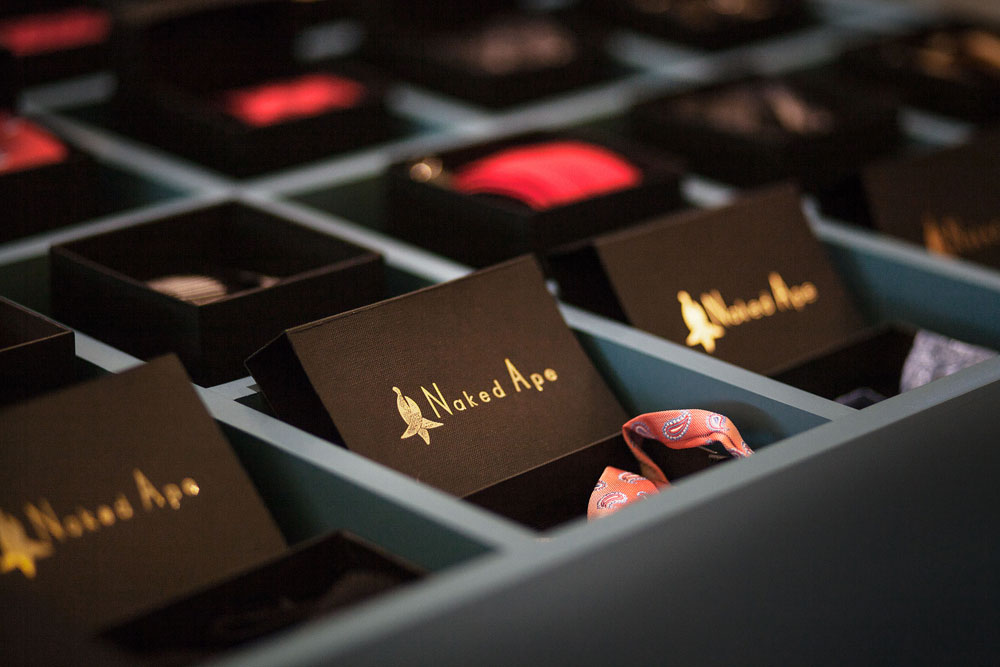 Some of the designers featured in the line-up include Naked Ape by Shaldon Kopman, with his tailored luxury menswear; Ole Ledimo’s House of Ole, with his knack for combining an urban African aesthetic with modernity; and Paledi Segapo’s Palse Homme, with its more youthful take that often doesn’t shy away from challenging gender stereotypes. Craig Port, a Mercedes Benz Fashion Week Cape Town regular, is showcasing both his eponymous premium brand, known for its sleek designs and an often sporty aesthetic, and his X&O brand.

Although he has no intention of abandoning the Mercedes Benz Fashion Week, Port says he believes South African Menswear Week will provide a great platform for menswear designers to get out of the shadow of their more famous women’s wear designer counterparts, and show that the category is now at a point where it can hold its own.

“I think it definitely benefits the industry. More shows mean more platforms to show our designs, and this educates and exposes the public to the great design that South Africa has to offer. The rest of the world has dedicated menswear weeks so it is only fitting that we should too.”

For an emerging fashion designer such as Rich Mnisi, who caught the attention of many when he won AFI’s Fastrack designer competition, Menswear Week will go a long way towards making a name for his label in the industry.

“It almost solidifies your presence in the fashion industry; you become somewhat of a credible designer,” says the designer, who explores modern shapes combined with an edgy sports aesthetic.

“Menswear Week is an exciting platform and it’s so focused that you’re bound to find your niche. All the attendees are there for one reason – to see menswear without a wedding dress sweep across the room. As much as most fashion weeks are co-ed, it’s still very womenswear-dominated, so SAMW will help men’s fashion in Africa to play a more prominent role.” 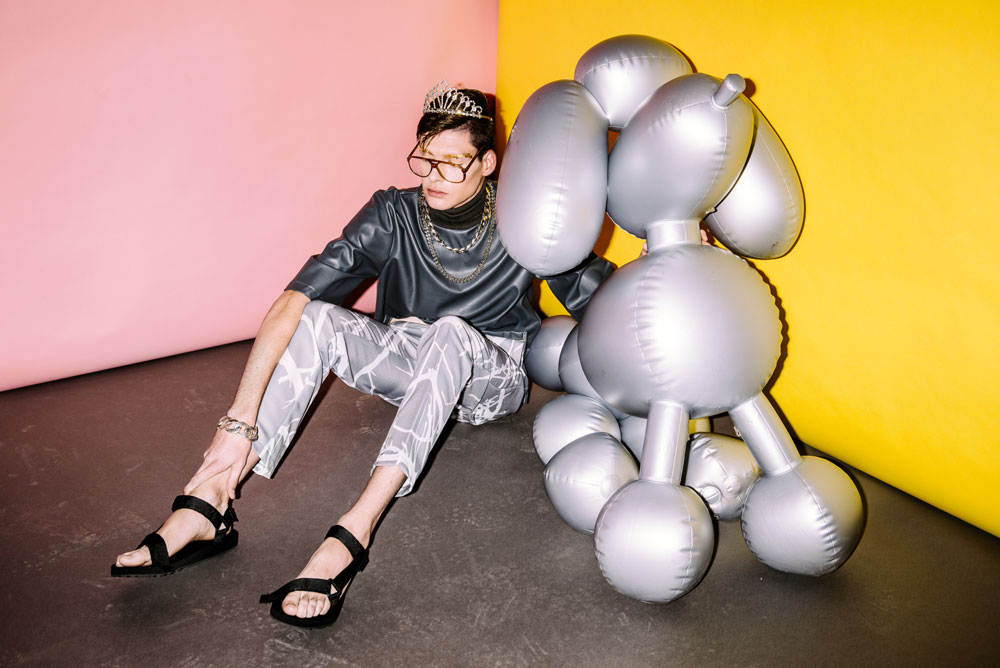 Rich Mnisi will be hoping to add to his growing reputation.

Kopman says Menswear Week is an opportunity for him to introduce his brand to the Cape Town market. “No one knows me in Cape Town because SA Fashion Week doesn’t host shows in Cape Town,” he says.

He has restyled the collection he presented at South African Fashion Week in October 2014.“The fact that it’s exclusively menswear allows me to reinforce my brand. No one owns fashion and for me as an entrepreneur, the more opportunities there are for exposure [the better]. I don’t see why I shouldn’t take those opportunities.”

Kopman says more co-ordination would reduce the fragmented state of the industry. “We do need a body that can unite us as one.”

Speaking of the AFI specifically, Nzimande says he doesn’t think they have prioritised womenswear at the expense of menswear. “We have no bias to either. Our aim is to showcase the best talent that encompass quality, innovation and, most of all, saleability. As much as we try to source new talent, we do rely on designers to apply to showcase and, as all applications go with limited availability, we focus on whof best fits the criteria.

“Even last year’s MBFW showcased 11 menswear designers and we focused on menswear through our developmental programme AFI Next Generation, which featured Skorzch, Scalo, Pru and Jenevieve Lyons.”
Lyons is also showing at Menswear Week.

The council is also helping Suwannapha to launch his label. “We have all been waiting for a long time with Chu. We felt it was a no-brainer to back him,” Ramkilawan says. “Menswear has always been on the fringe. You have three or four showing at the other fashion weeks. I think we have some really fantastic designers and it’s their time to shine.
Ramkilawan says his organisation will not get involved in fashion week politics. Its mandate is to develop the industry and create jobs.

“We need to get to a place as South Africa where we get to hunt in packs. We need to work together. This platform, in particular, we feel, is really about business and, for us, as an organisation, we work across the board. Where we find opportunities to help designers in any way, we do that.”