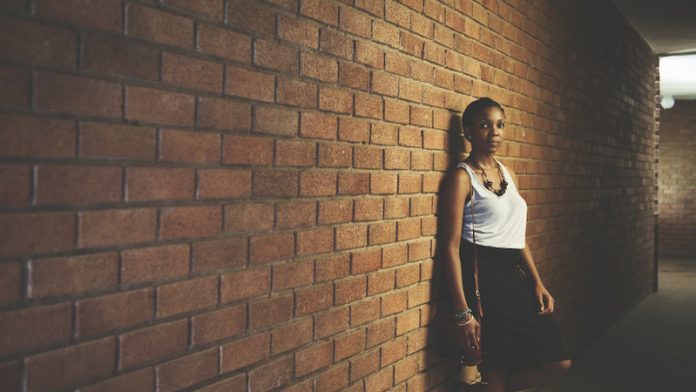 Subscribe to the thinking that Malcolm Gladwell offers in his book, Outliers: The Story of Success, and you’ll extrapolate that Soshanguve-born Thandi Ntuli is an expert pianist. Gladwell writes: “…researchers have settled on what they believe is the magic number for true expertise: ten thousand hours”.

Ntuli (27) would beg to differ. Not with the postulation necessarily, but she queries its conclusion as it applies to her. When asked whether she considers herself an expert, having started piano lessons when she was just four, she hesitates, even though she’s got a staggering amount more than the requisite 10?000 hours under her belt.

“Tjo, I don’t know hey. I don’t think so … I think it takes experience and someone who has a complete grasp of their personal style coupled with great technique. It’s an artist who has found their voice and is working on growing it. I’m still searching. I don’t know if I’ll ever think I’ve gotten there.”

Deserved or not, the term expert evokes a mental picture of a popping of the collar that can leave a sour taste in the mouth. Ntuli affects the senses in a myriad ways, none of which are negative.

To reify the culmination of more than two decades of practice is to lend your ears to her debut album, The Offering, that has been nominated for a Metro FM award this year. Her fingers run assuredly over those monochrome keys. They move with the confidence of the established familiarity that time, and the same experience she finds dubitable, has afforded her.

It is rote learning that has developed into impulse; an ingrained compulsion; a language learnt with lyrical fluency.

The Offering is a meeting of skilled jazz musicians whom Ntuli hand-picked. She needed artists who would interpret her music in a way that wouldn’t leave her feeling wanting, her vision unfulfilled.

She attributes her choice to release her album independently to the way that technology has modified the music industry. There are options one can now exploit that weren’t necessarily available in the past.

There’s another reason: “In essence, getting a record deal is getting a loan. So if the issue is money, why not just take the time to fundraise?”

Still, the process wasn’t without its challenges. The checklist was extensive: find and secure a venue, get a group of musicians willing to participate, price and sell enough tickets for the venture, rehearse sufficiently to ensure the delivery of a worthwhile performance for the audience, raise enough money to kick-start paying for the costs of going it alone.

“Releasing independently has meant I don’t have the same structures that an established record label offers its artists. At the same time I think one can grow the brand to reach a level where you’ve got people doing the different things that you, as an artist, need done – the things that labels do.”

Her biggest blow while planning the fundraiser and working on the album was the loss of her sister a week before the performance. She says: “I realised the power of really wanting something. Once you do, nothing can deter you.”

The Offering is a jazz-drenched dedication to her sister and her grandmother that manages to balance moody melancholy and celebration with candour.

In her own words it’s “an offering to the world. As an artist you hide yourself, thinking: I’m not ready. You constantly postpone and hold yourself back waiting to reach this elusive level – but you’re never really sure what it is.”

Ntuli was in this limbo for a while and then something changed, bringing about her launch. It dawned on her that, after she’d performed on- stage, audience members would take the time to thank her personally for the music. They would tell her how much they appreciated it; how they were moved.

All the writing and arrangements on the album are her handiwork – a skill learnt from her years at the University of Cape Town’s music school.

Depending on who you ask you’ll find varying perspectives on whether intrinsically talented artists should pursue the education and theory offered in formalised institutions to enhance their craft. Some worry about the rigidness of prescribed teaching usurping creativity and leaving didactic expression where one’s voice used to be.

Others will argue that it’s not that deep, that adding theory to talent means creating a platform to learn the rules, allowing the proficiency to make them a little more malleable.

Thandiswa Mazwai is one such breakthrough artist – formidable without the staves and bar lines to restrict her. She has an air of alchemy about her, able to re-envision a sound of traditional isiXhosa chants and dance and popularise it.

When, two years ago, the multi-award-winning singer-songwriter and kwaito pioneer with her distinct voice as lead singer of Bongo Maffin decided to create an all-female band the country and the music industry took notice. It was time. The music industry had forgotten about women – to some extent. Or at least it didn’t see them. Not really.

In an interview, Mazwai told Morning Live that she had questioned why she rarely saw or played with female musicians in the bands she performed with at festivals. “I wanted to find out: Who are these women? Because I knew there were women who studied these instruments, and go to school to play these instruments.”

She wanted to see whether they could work together. That’s what sparked the idea to hold auditions in Johannesburg. It was Women’s Month, and, as if in commemoration, she was introduced to an “incredible mix of young women”.

Ntuli, then based in Cape Town, ventured to Johannesburg to audition. She was selected to be part of the all-female band. She considers Mazwai to be one of the continent’s musical giants, saying that no one has done what she has with African music. She added that working with Mazwai was a dream.

“Sometimes, when it comes to gender issues, people don’t realise when they’re being sexist. Women aren’t held in high esteem in the industry. It’ll take a lot of fighting to create change. As a woman you just to do it. Regardless of what the people around you think. Regardless of their condescending comments and their attitudes – you just do it. It’s not easy, but you let your work speak for itself.”

Thandi Ntuli will be on tour from February 11 to 14 in Cape Town, February 18 to 21 in Durban and at the Orbit in Braamfontein on February 25. Follow her on Twitter @ThandiNtuli or check her page, Thandi Ntuli, on Facebook