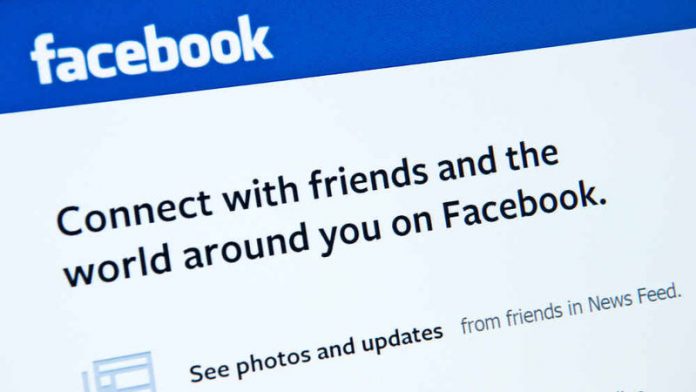 One of the most exciting developments in hardware in the past five years has just been announced … by Facebook.

No, it’s not yet another smartphone or any kind of personal electronic gadget. It’s something much more important, something with the potential to change the bedrock of the internet.

This revolutionary hardware doesn’t sound impressive – an “open-source modular switch platform” – but what it could do for the internet is impressive. If it works as Facebook expects it to, it will make the internet faster, cheaper, cleaner and more reliable.

How could something as boring as a switch change the world? It helps to remember that the internet is just a giant computer network, billions of computers all connected to one another by lengths of wire and strands of glass fibre. And wherever these wires and fibres meet, there are switches.

Glorified plumbing
Like electronic traffic lights, switches direct the flow of data across the internet. They make sure that the photo you’re downloading reaches your computer (or phone) and doesn’t just disappear into the ether or appear on someone else’s computer instead.

Compared to the computers they connect, switches have always been fairly dumb. Little more than glorified plumbing, they are necessary but not very sexy – until now. Facebook’s new platform transforms switches from traffic lights into traffic cops, making them nearly as intelligent as the computers.

This intelligence is useful because it allows those computers to concentrate on their core functions rather than spending energy directing traffic. This makes the network more robust and efficient because the switches automatically and intelligently react to changes on the network – a large spike in traffic for instance – rather than relying on the computers to do so.

Commercial switches
True to its frat boy roots, Facebook has named the project “6-pack”. Other hardware projects are named things like “Group Hug”. Switches are only part of the equation. Facebook has also designed its own servers, racks and power supplies.

But why would Facebook go to all this trouble to mess around with the plumbing of the internet? Simple: commercially available switches are not good enough. When more than a billion users log on to your service every day, your data centre geeks quickly learn more about networking than virtually anyone else on the planet, including the people who normally design switches.

Commercial switches have another drawback – they are closed-source. In other words the companies that build them own the software that runs them, and they don’t want anyone to mess with it. This reduces Facebook’s ability to customise and control their behaviour, and it explains why Facebook has opted for an open-source model.

Facebook isn’t the only (or even the first) internet company to build their own hardware. Google has been doing so from the start in the 1990s, as has Amazon. The size and scale of their needs is not something the traditional hardware makers have been able to comprehend or design for.

Why the altruism
As a result Google and Amazon have hundred of patents on the custom-designed hardware they use in their server farms. But Facebook has taken a different route – instead of jealously guarding its innovations, it is giving them away for free.

In 2011, Facebook founded the Open Compute Project, with the aim of sharing its knowledge about running huge data centres with other companies and thus “maximising innovation and reducing operational complexity in the scalable computing space”.

You might question Facebook’s altruism here. It wants data centres that are cheaper to run because it has so many servers that even a one percent saving amounts to millions of dollars. For instance the data centre it uses to test these innovations already uses 38% less energy than its other facilities. Facebook knows that by sharing the information with other engineers, it is more likely to improve its designs faster.

But whatever Facebook’s underlying motives, the Open Compute Project can only be good for the planet in the long run. By some estimates the internet already consumes more than two percent of the world’s electricity. Within a couple of decades it could be more like 10%. When you’re dealing with tens of billions of switches and computers, every tiny efficiency has huge ramifications.

There’s only one group of people who will not benefit from this burst of innovation – traditional switch manufacturers. Innovations such as 6-pack make their products obsolete. Because Facebook does not care about the networking market – it’s merely a means to an end – it drives down the prices while ramping up innovation.

Happy accidents
As such Facebook joins a long line of corporate giants who, almost accidentally, improved the world on the way to their main goals. Henry Ford invented the moving assembly line and ushered in the age of mass production while simultaneously doubling his workers’ wages and creating a new middle class.

Ford was not a nice guy – in fact, he was a bigot and a tyrant. All he wanted was to make his cars better and faster, even if it meant paying people more.

Like Ford Motor Corporation, companies such as Facebook, Google and Apple are now so large that they end up change the industries around them &ndash often by accident.

But while some of these changes are painful, or even harmful, many are positive. In a couple of decades, Facebook may be a distant memory, but its switches will still be powering the internet.

The ANC has, until now, always rejected going to the International Monetary Fund, which underscores how bad our economic situation is
Read more
Article

Hair to the rescue as oil spills blight coastlines

We’ve tried leftism for long enough and what we have to show for it is corruption and mismanagement, when what we need is jobs and education. Is it time to try out a Mashaba-esque version of right-wing politics?
Read more
Advertising
Continue to the category
Politics