South Africa: Post the State of the Nation Address 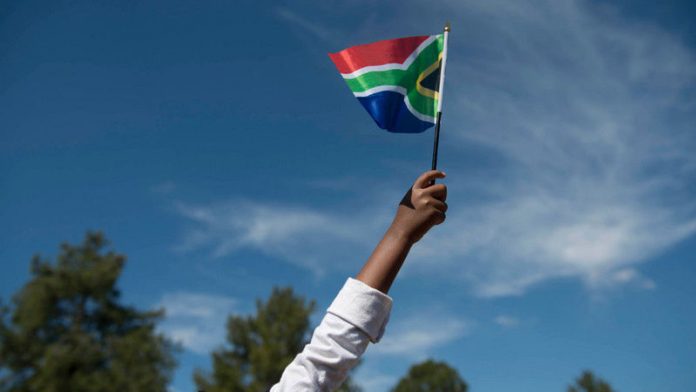 Many of us would have eagerly awaited President Zuma’s State of the Nation Address last Thursday 12 February.  We may have had different reasons although we would have wanted to hear the President pronounce on the progress made in South Africa and the way forward for the next year.

The evening may have concluded differently for many of us.

What the evening showed is that undoubtedly freedom of speech and expression is alive and robust and that our democracy is vibrant and well entrenched. It also shows that citizens are aware of their rights and are able to express them.

What should concern us though is that Parliament, which is one of the principle institutions mandated to safeguard our democracy, has in the expression of these rights, become a terrain of struggle that sees South Africans on both sides of the debate on our freedom of expression.

Political parties are elected by the people of our country to represent our interests in Parliament. We must ask whether this is being achieved as we deliberate on the work of Parliament.

I am confident that work that impacts positively on the lives of citizens of our country is being done at Parliament, but what should concern us is that we hear less of the work being done and more about the issues between the personalities doing the work. The expression of these issues between personalities is increasingly overshadowing the work of this principal institution of our democracy. Some of this is impacting negatively on the reputation of our country and our institutions.

Can we really serve the will of the people by bringing one of the principle institutions of our democracy into disrepute?

We have numerous examples in our country where we have made positive strides in seemingly intractable situations by talking and listening.

What could be more insurmountable than the wall of segregation, racism, dehumanisation of the other and political and economic oppression as represented by the system of apartheid?

Can we honestly say that what faces our country at this stage warrants the behavior South Africans and the world witnessed at the State of the Nation Address?

We cannot be naïve enough to not realise that the events in Parliament have reverberated throughout the world. The digital age, which makes the transmission of information effortless, cost effective and instantaneous means that events in our country are no longer just contained within the walls of the building in which they occur or within the boundaries of our country.

What is to be done?

Many political parties campaigned on the ticket of accountable. I would advocate that as we seek to hold politicians responsible for services not delivered, policies not implemented, we need to hold them accountable for behaviour that brings our institutions and country into disrepute!

As our dearly departed founding father President Nelson Mandela once wrote: “The ideals we cherish, our fondest dreams and fervent hopes may not be realized in our lifetime. But that is besides the point. The knowledge that in your day you did your duty, and lived up to expectation of your fellow men is in itself a rewarding experience and magnificent achievement”.

There must be a better and more effective way of expressing our concerns and resolving issues.

We cannot let our precious votes be used for purposes of politicking while our country’s reputation and institutions fall into disrepute.

One of the most positive things about our transition to democracy in 1994 was that, while apartheid was abhorrent and a stain on the conscience of our country, we did not have to start building our country from scratch. Yes, we had to reform and revise most of what had characterised our governance structures and the work of consolidating a common identity continues, we did inherit institutions that could be reformed.

In their book “Why nations fail”, Acemoglu and Robinson point out that societies are constantly subject to economic and political conflict that is resolved in different ways because of specific historical differences, the role of individuals or just random factors. However, as the authors observe, the differences are often small to start with, but they cumulate, creating a process of institutional drift.

Of relevance to our current reality as South Africa is the further observation that the differences created by such institutional drift become especially consequential because they influence how society reacts to changes in economic or political circumstance during “critical junctures”.

In many ways then, our society is at that critical juncture of having to reflect on the right course of action to avoid what one can call institutional drift and to ensure that we stay the course set for us by the founding father of our democracy, Nelson Mandela, and his generation of freedom fighters.

Do we want to stand by and watch the institutions meant to safeguard our democracy go to ruins while we outsource our responsibility as active citizens to politicians? The National Development Plan (NDP), our blueprint for socio-economic development and prosperity, highlights the importance of an active citizenry in realising the vision espoused in the NDP.

We must commend those who did not stand back and watch, those who voiced their concerns and urged others to do the same. Our freedom was won through the collective efforts of millions of South Africans in our country. We need to stand together in our multitudes, even now, to safeguard our democracy.

I would therefore urge us all to exercise our rights and responsibilities as citizens to uphold the good name of our country, its democracy and its institutions and to become involved in issues and debates involving our country and its future.

We must play our part to protect and safeguard our hard won democracy.