Zille calls it a day after eight years as DA leader 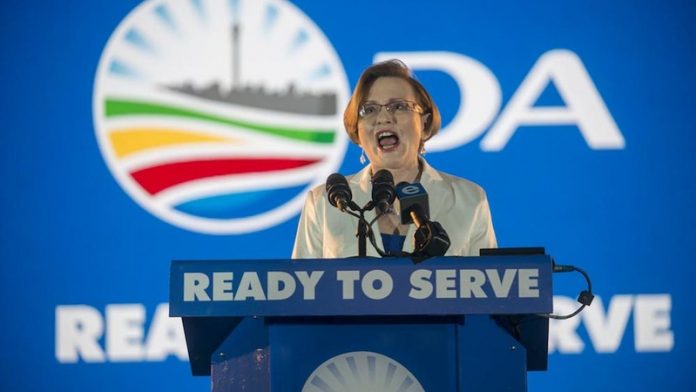 Democratic Alliance leader Helen Zille will step down as party leader on May 9, but wants to complete her term as Western Cape premier until the next election in 2019.

The  surprise announcement was made after an unscheduled federal executive meeting held at the OR Tambo International Airport, with provincial and other party leaders summoned from around the country to be informed in person.

Zille told reporters that she had spent months wondering whether or not to stand for another term as party leader and had taken the decision on Thursday to call it a day.

Since her election as DA leader in May 2007,  she knew that if she stood for subsequent re-election “the outside limit of my leadership term would be the 2017 congress”. “In the last few years I have often asked myself whether I should stay till then, or whether the party would benefit from fresh blood to remain exciting and relevant ….”

She said that while next month might be slightly too early to step down, the greater risk was that May 2017 may be slightly too late. “And I would rather err on the side of being ahead of my time.”   Much of the job as party leader boiled down to decisions and actions informed by intuition, Zille said.

“One has to ‘read’ a situation and try to get as ‘close to the reality’ as possible before reaching a conclusion.”

A leader of a political party did this every day and was often bombarded by contradictory advice, Zille said. “And whether the decision turns out, over time, to have been right or wrong, there are always people who opposed it. That is the nature of politics.”

Zille said it was essential for a political party in opposition to grow in every election.  While she believed the party would have continued to grow under her watch, she was “convinced that our prospects will be even brighter when we avail a a new team with a new charter”.

Zille skirted questions on whether the DA would push for her successor to be black, saying the party was after renewal or fresh blood and in search of an “excellent” leader.

“One of my many mistakes was getting involved in the succession processes of the DA and I’m not about to repeat that mistake.”

Zille said the by-product of her decision, which she said was completely independent, was that the succession battle in the DA “would be short and sharp”.

It would also save the party from debilitating internal succession machinations.

She also denied that this was part of a plan to ensure that DA parliamentary leader Mmusi Maimane, would be given a better chance at succeeding her.

She maintained that the position would be strongly contested and she would not be endorsing a particular leader.

In his reaction, DA federal executive chairperson James Selfe said that when Zille became leader she had pledged to build the opposition, govern effectively and grow the DA and it make it more diverse.

“Through her incredible hard work and principled leadership she has more than delivered on these commitments,” he said.

In the last eight years, she had grown the DA from 12 percent of the national vote to nearly 23 percent or from 1.9 million voters to just over 4 million, Selfe said.

News24 reported on Sunday that he DA had extended the nomination deadline for top leadership positions by four days following Zille’s announcement.

Nominations for all the top positions were due to be in by next Monday, but have now been extended to Friday 24 April.

“This is to allow people who might not have considered their options to do so,”  Selfe told the news organisation.

Selfe said it was premature to predict names for Zille’s replacement, and would not comment on speculation that Maimane was the frontrunner.

Other names that are doing the rounds include Cape Town mayor Patricia De Lille, Eastern Cape leader Athol Trollip and former parliamentary leader Lindiwe Mazibuko – though it is believed she won’t have concluded her studies at Harvard University in time to stand.

Selfe, who is making himself available for re-election, said the congress date would definitely not be changed as a result of Zille’s decision to step down, News24 reported.