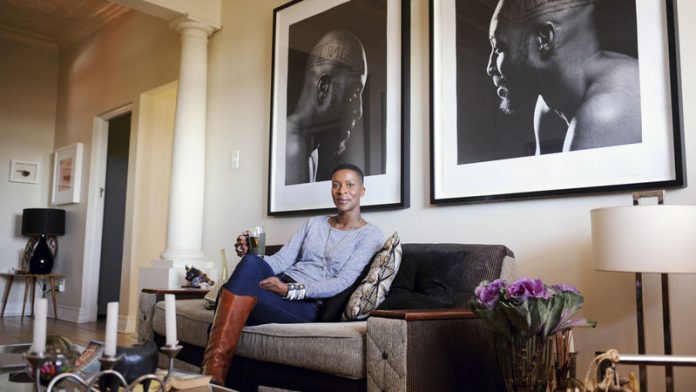 Just three weeks ahead of the 56th Venice Biennale in Italy, the names of the artists participating in the South African Pavilion have been announced. The list, which names 13 artists, includes the likes of renowned artists like Willem Boshoff, Robin Rhode and Brett Murray; all selected by the show’s curators: Apartheid Museum director Christopher Till and Jeremy Rose of architecture firm Mashabane Rose Associates.

The biennale takes place from May 9 through to November 22.

Despite the department of art and culture (DAC) only confirming the curating contract with Till and Rose on April 7, in an interview with the Mail & Guardian on Thursday morning, the two say they had their team rolling some time prior to the official announcement. “Tuesday last week wasn’t day one for our conceptual thinking,” says Till.

“Originally we put in our proposal in October last year. I received a phone call from [the department] about three weeks ago for us to resubmit our application,” says Till, implying that he had received the greenlight but no contract had been signed until April 7. When asked, Till, who has worked for the Johannesburg Art Gallery and the City of Joburg, says that the exhibition cost “around R10-million”.

For the past two biennales (in 2011 and 2013), R10-million in public funds was allocated for the staging of the national pavilion.

“In a strange way, the limited time has had some disadvantages but it’s also had some advantages: we’ve had to make decisions quickly and focus hard,” he says. While Rose spotlights the extra costs involved in flying artwork at the last minute, instead of shipping it, which takes longer but is cheaper.

“In September, [a] call for proposals was made through an open tender and a number of companies submitted bids in this process. Unfortunately, due to technical reasons, the bid could not be awarded. We opened a second tender process after  the cancellation of the earlier one for technical reasons.”

The South African pavilion has been shrouded in controversy for a number of years. In 2011, under the leadership of gallerist Monna Mokoena, issues around the transparency of funds and practices plagued the pavilion. While in 2013, issues around “condensed time frames” from the department and the lack of diverse representation of artists by the curators ahead of the showcase, according to our report.

Black female artists
But looking at this year’s selection of artists and considering the department’s delay in making any announcements relating to the South African Pavilion, there doesn’t seem to have been much improvement.

On the list, there are only three women represented and one black woman (Nandipha Mntambo – while Jo Ractliffe and Diane Victor are also part of the exhibition). Despite the press release stating that some artists are still to be confirmed, the curators touch on the artist-selection criteria for the exhibition, which they have themed What Remains is Tomorrow.

“There are two issues that we faced,” says Rose. “One was representativity in terms of demographics, which is a hotbed. And the other, is that we approached the selection [of artists] based on [how they] present issues [in their artwork]. When you go through the list, what is interesting is the issues they represent in their work; that is far more important.”

And in their selection of artists, Rose says they felt the young, black artists spoke “to individual experiences and dealing with issues of identity”, but they were looking for artists who raise issues that “embrace many aspects”.

“There is obviously pressure to have black artists at the South African Pavilion. Obviously,” according to Rose, who has been principal architect on public art projects, including Freedom Park Museum and the Hector Pieterson Memorial. “But we wanted [the artworks at the show] to be issues based. We wanted to raise issues and deal with representativity as best we can.”

Despite the unrepresentative list, Tills says, “In articulating the message, we’ve got the mix [of artists right]. It’s an interesting mix.” But Till also adds that over the six-month period of the show, “we will look at the viability of bringing new artwork onto the show”.

‘Nuances to how artists’ work
Regarding the theme of the show, the curators say they took a cue from the title of the International Art Exhibition at Venice, All The World’s Futures, given by the biennale’s first African curator, Okwui Enwezor. And, despite the South African pavilion’s theme, the curators say they did not want it to make the show “slavishly an obvious narrative, there are nuances to how artists approach their art-making”, and Till and Rose say they are sensitive to that.

The list of artists announced by the South African Pavilion, follow the announcements of other South Africans at the Venice show over the last few months. A large group of artists will perform on the established fringe in Venice as part of the Johannesburg Pavilion, organised by non-profit organisation 133 Arts Foundation and the FNB Joburg Art Far. And South African artists Kay Hassan, Mikhael Subotsky and more, will take part in the main Venice Biennale event, curated by Enwezor.

Liquidators are investigating the auditing firm’s sign-off on financial statements, while two former executives also pursue a lawsuit against it
Read more
Friday