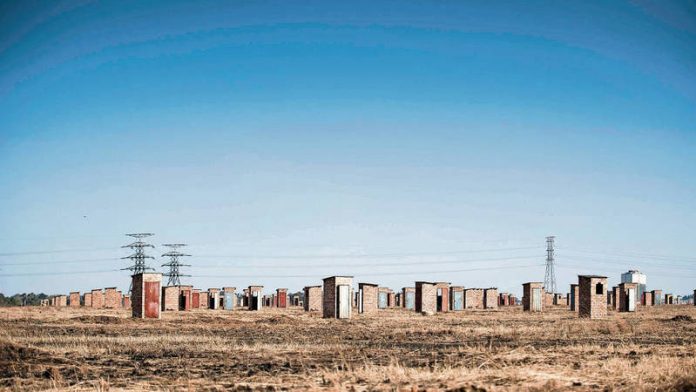 As the Free State scrambles to meet its 2014-2015 deadline for the eradication of bucket latrines, a three-year, R1-billion contract to build 30?000 flush toilets in the province has come under the scrutiny of the public protector following a complaint by a whistle-blower.

The complaint involves allegations that a politically connected company was awarded the tender irregularly and at a greatly inflated price.

Central to the saga is Bloemwater, a parastatal that oversees the provision of water services to the southern and central Free State, and which subcontracted the toilet contract to Babereki Consulting Engineers as project managers.

Babereki’s chairperson, Tshego Motaung, is said to be close to John Block, the ANC strongman in the Northern Cape. Motaung worked in Block’s public works department before leaving to form Babereki and once was a director, with Block’s wife, Noluthando, of several businesses. Motaung has denied having any political connections to Block.

However, in a Mail & Guardian article on December 14 2012 Block denied any involvement with Babereki.

The spokesperson for the public protector, Oupa Segalwe, said the complaint about the tender was submitted last month and his office is investigating it.

Regarding the toilet tender, in a letter to the protector, the complainant said:

• The government would spend R900-million for a service that should have cost R300-million less;

• Babereki had “profited handsomely” from the contract, principally by charging a management fee of 7.5% of the overall tender price, which “far exceeded the gazetted fees for construction and project management services for a project of this value. Construction industry norms are 2.5% for projects of this magnitude”.

• The company had also overcharged on construction and subcontractors had been short-changed, the complainant said.

“As an example, contractors appointed by Babereki were offered an amount of R7?600 per toilet structure, whilst Babereki is charging Bloemwater an amount of R12?000 per structure. This … overpricing evidently exceeds the normal acceptable profit margins.”

Babereki did not respond to questions about the payments but asked amaBhungane to provide documented evidence of the allegations.

The exact contract price remains unclear. Bloemwater and Babereki, in their written answers to questions, said it was R925-million, but a budget document seen by ama­Bhungane, titled Estimated Cost of Construction and Consultancy Fees, puts it at R1.2-billion.

According to this document, dated October 24 2014, Babereki would pocket about R106-million in consultancy fees.

• The tender was not advertised, and Babereki and other companies that had previously done work for Bloemwater had been asked to submit bids by phone.

Moorosi said the deviation from normal Bloemwater procurement procedures had occurred because it was an emergency project.

• Two weeks after the contract was awarded, Babereki was paid R10?million for work that could not be justified.

Moorosi said the money was paid for programme establishment, mobilisation and scope confirmation, which was required because of the emergency nature of the programme.

• Babereki did not submit a construction performance guarantee or surety, implying that the government “would not have any form of funding to draw from should there be any shoddy work or defects during the normal 12 months construction defects liability period”.

Motaung confirmed that Babereki did not issue a guarantee as it was not a requirement, but did not elaborate on the issue.

Moorosi said the briefing session for contractors was held on October 29 2013 and Babereki was judged to meet the requirements.

However, documents in ama­Bhungane’s possession show that Babereki signed a service-level agreement with Bloemwater just three days later, on November 1.

A letter confirming Babereki as the successful bidder was written six days later, on November 7.

AmaBhungane also learned this week that the national department of water and sanitation has shortened Bloemwater’s participation in the bucket eradication programme, on the grounds that the use of public entities in the implementation of the programme is being phased out.

In response to amaBhungane’s questions, department spokesperson Sputnik Ratau did not explain why this decision was taken or what its potential impact on the programme might be.

He said the programme was making good progress and that 11?000 bucket latrines would be eradicated by this financial year.

But the whistle-blower told ama­Bhungane the contract was taken from Bloemwater and Babereki because of poor performance.

Moorosi confirmed that the parastatal’s participation in the project is coming to an end, citing the department’s new policy.

She did not comment on the claim of underperformance.

The protector is also investigating two other complaints, by employees, about Bloemwater over maladministration and tender irregularities.

Babereki has previously been mired in controversy. The Hawks are reported to be investigating the company over the bungled construction of R2-billion psychiatric hospital in Kimberley, where it was the project manager.

The toilet issue is likely to be a hot political potato next year as South Africa prepares for local government elections.

In 2011, bucket latrines – described by the South African Human Rights Commission as offensive, humiliating and an assault on people’s dignity – were the focus of community protests across the Free State.

In an interview, the whistle-blower claimed that Babereki had only built about 7?000 flushing toilets to date, meaning that the March 31 2016 deadline for the bucket eradication programme is unlikely to be met.

Neither Bloemwater nor Babereki would say how many toilets have been built.