Editorial: 21 years old but not yet grown up 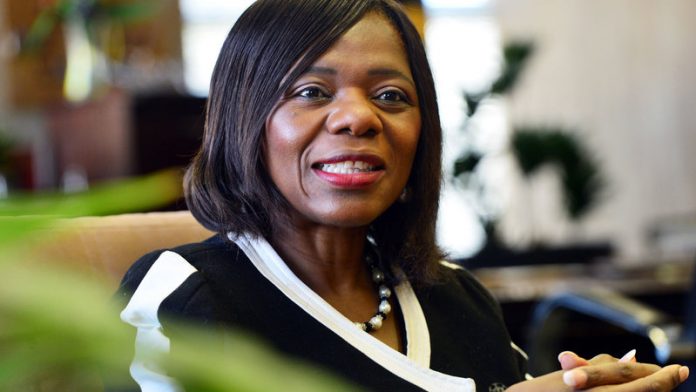 After 21 years of democracy, we have reasons to smile – despite seismic threats to its foundations. These threats include political excesses and corruption, poor economic conditions, crime and other social ills, tenuous social cohesion and weak leadership. South Africa, for all its relative stability, is experiencing the trials that face any young democracy. These include the increased expectations of a growing population and an overwhelmed government that overpromised in 1994.

This newspaper warned then that voters would be attracted to a party they believe can deliver on the promises it makes to them. After vastly expanding basic services to the majority, the ANC government hoped the economy would perform well and thereby meet rising demand. It did initially but then it decelerated, partly because of tougher competition from other emerging economies. The turbulence in Asian markets in the late 1990s and the world economic downturn of 2008 were not kind to South Africa.

But bad policy, mismanagement and maladministration are also to blame. A combination of these and other factors is a recipe for socioeconomic and political turmoil – protests, crime, attacks on migrants, the rise of populists. It requires astute leadership to navigate South Africa through all this turmoil and to ensure that things don’t fall apart.

It is naive to expect such leadership only from the ruling party: the value of our democracy should transcend ideological orientation. An overreliance on political leadership has its own side effects. First, the country’s competitive edge gets stifled under a debilitatingly heavy bureaucracy. Second, the country’s future is likely to depend on a vocal but incompetent few. Third, the opposition wastes its time reacting to the ruling party’s actions, rather than coming up with new ideas. This is where the role and voice of those who remain outside partisan politics are most needed to help to keep our democracy intact.

It’s easy for business to point fingers at policymakers, but South Africa needs business statesmen and -women who put the country’s interests above the maximisation of profit. Civil society has been robust in pushing back the government’s intrusive actions and forcing it to comply with its obligations, but it could do more to empower the citizenry to keep officials on their toes.

Limited by its professional ethos, the judiciary can only provide leadership by means of its judgments. At the same time, we should guard against an overdependence on the judiciary to resolve political problems, which could lead to judicial intrusion into policy and the law-making arena.

We came out of a system of parliamentary sovereignty in which the executive and the legislature interfered with the judiciary; we should be uncomfortable when the judiciary does the same in reverse. It’s a threat to the doctrine of the separation of powers, a key ingredient for our young democracy.

The media, though doing its bit to hold the powerful to account, is facing an unprecedented test of its own. Commercial and political pressures have led to some proprietors and editors sacrificing their independence from party politics. The opposition accounts for less than 30% of the national vote, and it governs only one province, so its substantive (rather than its theatrical) contribution can be ignored. We have seen how the legislature, which is supposed to scrutinise the executive’s conduct, has been turned into its lackey. A weak Parliament negates the key principles founded by the 1994 Constituent Assembly, the midwife of our Constitution.

Other guardians of our democracy are state and chapter 9 institutions, but most are dysfunctional – with the exception of the public protector and the auditor general. The faction-driven tentacles of the executive and the ruling party have pierced the integrity of most of these institutions, from the police and the prosecution authority to the parastatals.

In the midst of this not-so-buoyant mood, the ideals contained in our Constitution are largely intact and they remain a barometer to gauge any deviation from our constitutional trajectory. We have not deviated yet, despite some politicians being tempted to meddle with rights when it suits them. We warned in 1994 against such hypocrites.

Yet, notwithstanding their desire, South Africa is regarded by international human rights watchers as freer than before, though it’s slipping on the transparency, corruption and good governance scales. South African workers are wallowing in the luxury of a labour-friendly regime and no one is persecuted (except by a few bigots) for their sexual orientation. For the poor and the unemployed, however, these rights ring hollow for as long as basic socioeconomic rights remain inaccessible to them. They appreciate the restoration of their dignity by constitutional protection, but their dignity is infringed by poverty.

Poverty levels have dropped since 1994, but 20% of South Africans are still extremely poor and 45% are moderately needy. This is unacceptable for a 21-year-old upper-middle-income country. Since 1994, more hospitals, roads and schools have been built and more policemen have been hired than ever before, but the quality of services remains average to poor. We celebrate our coming of age, but we have failed to reconstruct a racially fragmented country. We are still a polarised society. Social cohesion and socioeconomic rights must be the focus of the next two decades.

Now that we are in the second week of lockdown, South Africans seem to be taking their unwritten civic duty of snitching very seriously
Read more
Advertising
Continue to the category
Africa