Kagiso Lesego Molope is at odds with Percy Fitzpatrick 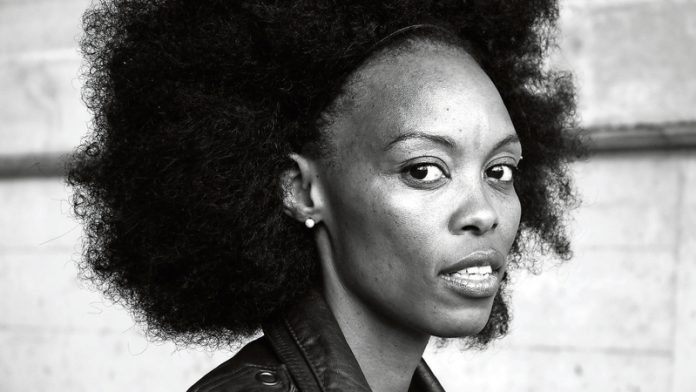 Describe yourself in a sentence.
Township post-apartheid author.

Describe your ideal reader.
Everyone. There’s always something to learn from books no matter what your background, and I don’t like to narrow the list of my readers. I’ve been surprised by who does and who doesn’t enjoy my work.

What was the originating idea for the book?
I was disturbed by a very high-profile rape case in the country and I wanted to find a way to talk about our reaction to it, who we did and didn’t support, where our loyalties lay, etcetera.

Describe the process of writing the work. How long did it take?
It took me over a year, just because I couldn’t get one thing right. In the end it’s the thing I was struggling with that apparently won me the prize.

Name some writers who have inspired you.
Edwidge Danticat, because she’s brave and often angry but manages not to be didactic and to communicate her anger in a very measured, dignified manner in her work. Then there’s Junot Diaz. How lucky are we to be reading him in his lifetime?

What is the purpose of fiction?
I’d say it serves the same purpose as any other form of art: to make the world a bit easier to bear, to inspire us to want more out of our lives.

Will the Percy Fitzpatrick prize change your writing life?
I don’t imagine how it could … except maybe to remind me that it’s worth going through 10 drafts of one manuscript just to get one thing right.

You mention twice “getting one thing right”. What was it?
Well, the adjudicators said the book was “nuanced and never didactic”. I think earlier drafts leaned heavily towards gaining empathy for each character, and were therefore more preachy. The “one thing” I needed to get right was make everyone’s story complex, thereby making the story feel more nuanced.

Are you working on a new novel?
Yes, I’m always working on something new.

You live in Canada these days. Do you miss South Africa and, if so, what do you miss most?
I’m a traveller more than anything. I miss all countries I’ve lived in, but they’re never the same when you go back, are they?

Is there anything you wish to add?
I was going to refuse the prize because of Percy Fitzpatrick’s role in making English and Afrikaans the only official South African languages. In the end I’m giving the prize money to an organisation supporting African immigrants in South Africa. My lesson was that it wasn’t about me; the prize gave me a chance to become the kind of artist I aim to be, to be responsible and stay engaged in whatever’s going on in my country at the moment.

What does a teenage girl do when she sees her beloved older brother commit a horrific crime? This is the dilemma faced by Naledi, whose clever, charming, handsome brother, Basi, is worshipped by his parents and by a community unable to imagine that he is destined for anything other than greatness. The issues addressed in this novel should strike chords with many teenage girls struggling with the onset of adolescence, rampant hormones and increasingly adult problems.

Molope has a fine feel for the world of the girl-turning-woman and the book, serious though some of its themes are, is not without humour as it follows Naledi’s emotional path from innocent childhood to awareness that even those she thinks she knows best may not be quite what they seem. Setting her story in the South Africa of the 1990s, with all its uncertainties and shifting boundaries, Molope explores the social complications of a family that has torn itself from its working-class roots and has literally moved “up the hill”, overlooking the township from which it has come and from which it continues to derive its income.

Caught between their upwardly mobile parents and the friends and the world of their childhood in loc’shin (the location below), Naledi and Basi battle with the problems of a family, a community and a country in flux. Woven through Naledi’s journey to adulthood are complex social strands – politics and class, love and lust, violence, homosexuality, racial issues – pretty much the gamut of problems facing this country. Molope offers no easy answers but challenges her readers to find a moral route through the maze of complications she lays out.