Of the 18% of matrics registered at universities, half drop out 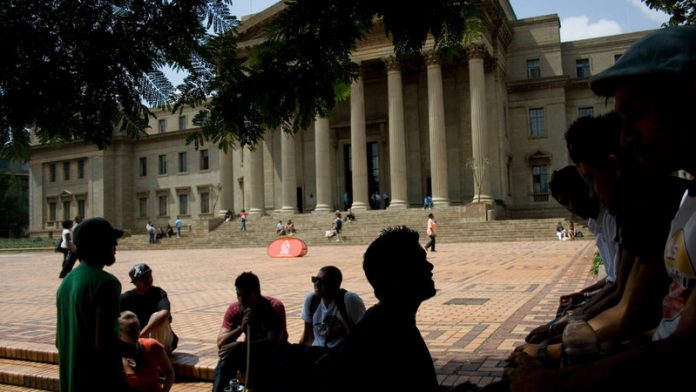 Van Zyl, the director of the University of Johannesburg’s (UJ) Academic Development Centre and head of the South African National Resource Centre for the first-year experience and students in transition, told journalists at a press briefing on Tuesday half of the 18% of matrics that register across the country’s institutions drop out.

“We have space in the higher education sector for approximately 18% of matrics, then the system is full,” said Van Zyl, adding that it was envisaged this would be expanded to 25% when the two new universities in Mpumalanga and Northern Cape started enrolling an increased number of students.

“That means of the top 18% of young South African people who enter higher education, which we have to presume are the ones who did best in grade 12 because the universities would not have taken them [otherwise], of those approximately just under half will never graduate.”

Van Zyl said between 50% and 60% of students drop out during their first year of study. “And that’s why the focus in the first year is important.”

“If they don’t make that hurdle in the South African context most of them will not come back to the system. They will leave the system and they will not attain a higher education qualification.

“So that’s the gravity of the problem, and I think as a system we’re all aware of it and we take it very seriously, and you’ll find that a lot of good work is going on around the system. Part of what we have to ask ourselves is who is to blame for this? Whose fault is this?”

Extending the curriculum
A study conducted by the Council on Higher Education (CHE) and published in 2013 said students performed poorly at university because they aren’t properly prepared by schools.

The CHE has since recommended that universities extend by a year their curriculum to address the underpreparation, but Higher Education and Training Minister Blade Nzimande is yet to announce whether he is in favour of this.

Universities are generally in favour of the recommendations of the CHE, said Van Zyl.   “Although we could say there are things that are problematic in the schools – and I think there are – the fact is these are the schools we’re serving as higher education institutions.

“We have to work with the students we’re getting – there aren’t any other students out there and we need to teach the ones we’re actually getting. I think for us to take that seriously is very important.”

Van Zyl added that universities should go out of their way to assist struggling students. Students should also seek help from their lecturers, he said.

He said for a long time the approach of universities has been “something which I would typify as [academic] Darwinism”.

“By that I mean survival of the fittest. If you’re good enough you make it … I think in the South African context that’s an untenable situation. We can’t have 18% entering the system; half of them never graduate and take that approach. I think it’s an approach that’s becoming more and more rare in the system.”