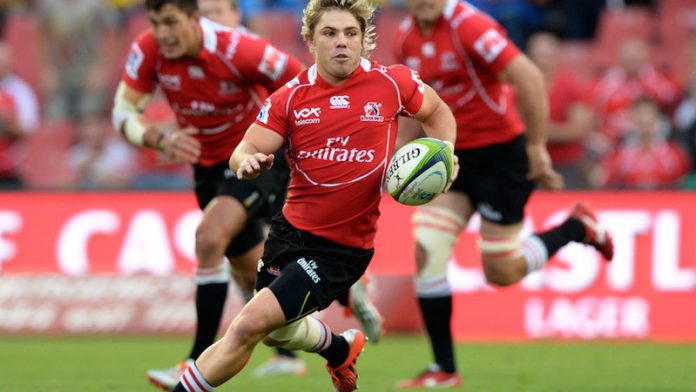 Two years ago the Cheetahs were the good-news team of South African rugby. They made the Super Rugby playoffs for the first time in the history of the franchise and played scintillating rugby along the way. Willie le Roux was the star and his consistent brilliance could simply not be ignored by the Springbok selectors. But Le Roux was far from a one-man army and there were good players right through the team.

By the end of last year, however, the feel-good factor was gone and with it a large proportion of the squad that made the 2013 season so memorable. The Bulls picked up the bulk of those players who chose to stay in South Africa: Adriaan Strauss, Trevor Nyakane, Lappies Labuschagne and Piet van Zyl. The Sharks took tighthead prop Lourens Adriaanse and the Lions welcomed centre Howard Mnisi.

Off to France went Robert Ebersohn, Johan Goosen, Riaan Smit and Phillip van der Walt, while Hennie Daniller moved to play for the Zebre club in Italy. Lock forward Waltie Vermeulen retired at the age of 25 owing to persistent injury and the wish to devote more time to his medical career. In case you weren’t counting, that’s 12 so far. Of those who stayed, long-term injuries this season have curtailed the appearances of Le Roux, Heinrich Brussow and Lood de Jager, Springboks all.

That brings us to 15, a full rugby team. In 2013 coach Naka Drotske used 31 players in Super Rugby, which means, in a roundabout way of thinking, that in 2015 the team has had 50% less experience than its predecessor. And talking of Drotske, the coach announced his retirement this week, while Os du Randt, his long-term assistant, is off to coach in Japan. Both will leave before the end of the Super Rugby season.

Making up the numbers
It is never forgivable, but it is perhaps understandable that the Cheetahs played so woefully against the Highlanders in Bloemfontein last weekend. The visitors from New Zealand earned the four-try bonus point before the half-hour mark and some late tries from the home side failed to convince anyone that the Cheetahs were present for any other reason than to make up the numbers.

New coach Franco Smith takes over in two weeks’ time. The former Griquas, Cheetahs and Springbok flyhalf will therefore preside over the final two fixtures of log play before turning his attention to assembling a team for the Currie Cup.

Clearly Smith has his work cut out. Obituaries for Cheetahs rugby have been written many times in the past, but they always manage to unearth talent when it is most needed. Right now, however, it is hard to see where that talent is going to come from.

The Vodacom Cup side is nominally the franchise’s second team, but was pitifully lacking in a quarterfinal against the Blue Bulls at Loftus last week. It included three players who have played Super Rugby this season: flyhalf Willie du Plessis and props Caylib Oosthuizen and Dolph Botha. All looked out of their depth against a Blue Bulls team some way from greatness itself.

The team was mostly assembled from old boys of Grey College and students at the University of the Free State. Smith has coached both this year and will therefore have some clue about the incline of the mountain that lies ahead of him. Smith is a decent fellow and under his tutelage Kovsies won the Varsity Cup this year. He deserves to be thrown a lifeline from someone, somewhere.

This season’s good news story
The franchise has a home fixture against the Lions this week, and most nonpartisan rugby people will be hoping for an away win. The Lions are this season’s good news story and they are hoping to emulate the 2013 Cheetahs and reach the playoffs. To do so they need to keep winning and put behind them a listless display against the Brumbies in Johannesburg last week.

To show what an odd season the Lions are having, they were on a run of 17 defeats out of 18 away games, but have since won three of their past five on the road. Much of their resurgence is owed to that much maligned aspect of the game: tackling. The Lions have the best tackle success rate of any team in the competition this season (88%). The undisputed star in this respect is their captain, Warren Whiteley, who has made 188 in 13 games at an average of 14.5 a game. That is an unlikely 49 more than second-placed Michael Hooper of the Waratahs.

The Lions are part of a group of three sides that cannot afford any more defeats, the others being the Crusaders and the Rebels. Above them in the South African conference are the Bulls and Stormers. The latter could end the Rebels’ season by beating them at Newlands on Saturday evening, while the Bulls have the Herculean task of trying to upset the Chiefs in Rotorua.

Remarkably, the Chiefs have won just one of their past six games against the Bulls, but drew 34-34 at Loftus last year in unlikely circumstances. For their part the Bulls are on a run of eight consecutive Super Rugby defeats outside of South Africa. That should become nine on Friday.