Swedish Eurovision winner a relief for the Russians 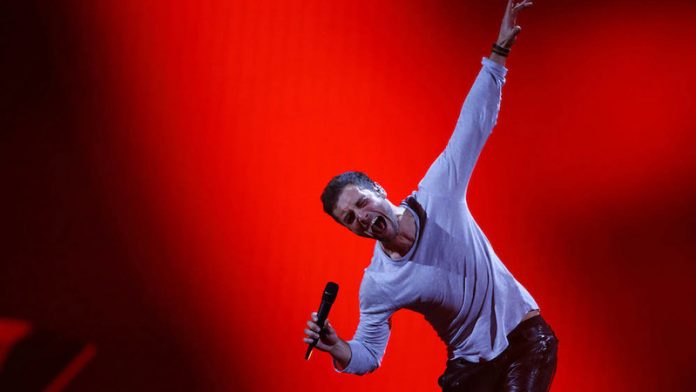 First, their nation’s entry had just lost out to Sweden, meaning the extremely camp extravaganza would not come to Moscow for 2016. Moreover, some reports had labelled the Swedish winner, Måns Zelmerlöw, a homophobe.

The truth, inevitably, is more complex.

Yes, the patriarch of the Russian Orthodox Church, who had called Eurovision “repulsive to our soul and our culture”, was spared the experience of his nation hosting next year’s show, the mixed honour bestowed on winning nations.

For much of the event, Russia’s Polina Gagarina had seemed the most likely winner with A Million Voices. But, in the end, Zelmerlöw’s sprightly, high-energy rock-pop number Heroes triumphed, by 365 points to 303, the third-highest score ever in the competition.

The song itself has not received uniformly positive responses, despite its win. With a trio of composers, Anton Malmberg Hård af Segerstad, Joy Deb and Linnea Deb, it was the lead single of Zelmerlöw’s sixth studio album, Perfectly Damaged, and was released as a free download before Melodiefestivalen 2015, which Zelmerlöw had to win first if he was to represent Sweden at Eurovision.

There was general agreement that the “fabulously telegenic” Zelmerlöw gave a fiery performance, and that the song’s video was outstanding. As for the song itself, at least one critic has noted that the words make no sense, and it has reminded many people of French musician David Guetta’s 2014 song, Lovers on the Sun, which was coproduced by Swedish DJ Avicii. “Indeed,” said Kiran Moodley in the Independent, “the resemblance is uncanny.”

Zelmerlöw had attracted unwelcome media attention in the run-up to what is, by tradition, one of the most gay-friendly dates on the mass entertainment calendar, won last year by bearded drag artist Conchita Wurst, now a global gay superstar.

A celebrity in his homeland since taking part in a TV talent show in 2005 – the 28-year-old singer had twice before tried and failed to represent Sweden in Eurovision – Zelmerlöw courted some controversy last year when, appearing on a TV cooking show, he said gay sex was not as “natural” as that between a man and a woman.

Such sentiments would seem jarring for Eurovision, especially in a year celebrating diversity, for which host city Vienna installed special same-sex pedestrian traffic signals. Zelmerlöw appeared suitably on message when he won, telling the audience: “I just want to say that we are all heroes, no matter who we love, who we are or what we believe in. We are all heroes.”

Zelmerlöw is believed to have been merely a bit clumsy with his comments. Writing for the PinkNews website before the contest, Ronny Larsson, editor of Swedish magazine QX, said Zelmerlöw had only intended to say gay sex was less common than the heterosexual variety, not an aberration.

Zelmerlöw, wrote Larsson, had been a QX cover star four times, had appeared at Stockholm Pride, and last year even hosted the QX gala party.

He said: “Måns is one of the most sincere, loving and friendly celebrities I have ever met and I know how much he regrets his comments.

“He loves his gay fans, his gay friends and is totally on our side. And, believe me, he does not want to silence this, or bury it under the carpet, he just wants the gay community to understand that he is so sorry for the words he used.”

The Eurovision organisers are nonetheless probably almost as grateful as the patriarch that next year’s contest will not be in Moscow, given the scattered boos heard for Gagarina in Saturday’s event, a possible response to Russia’s anti-gay laws, which prohibit gay “propaganda” aimed at young people. – © Guardian News & Media 2015