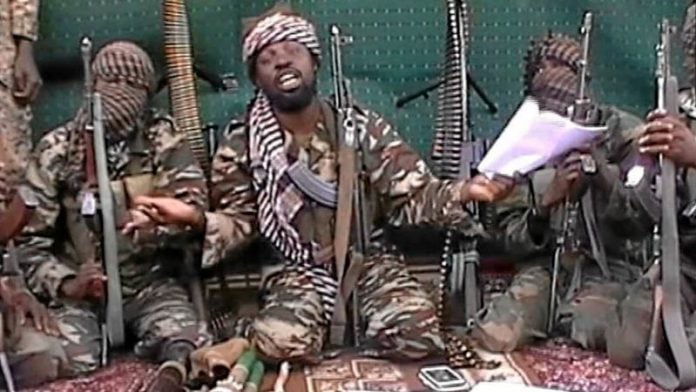 Senior military officers in Nigeria should be investigated for war crimes including the murder, starvation, suffocation and torturing to death of 8 000 people, Amnesty International has said.

An investigation carried out over several years, perhaps the most damning account yet of the military response to Boko Haram, casts a shadow over the first foreign trip of the new Nigerian president, Muhammadu Buhari, during which he is likely to discuss a fresh regional strategy against the Islamist group.

This week Amnesty set out the case against five senior Nigerian officers in a 133-page report based on hundreds of interviews, including with military sources, and leaked defence ministry documents.

During security operations against Boko Haram in the northeast, it says the armed forces “committed countless acts of torture; hundreds, if not thousands, of Nigerians have become victims of enforced disappearance; and at least 7 000 people have died in military detention as a result of starvation, extreme overcrowding and denial of medical assistance”.

The report, titled Stars on Their Shoulders, Blood on Their Hands: War Crimes Committed by the Nigerian Military, also alleges that more than 1 200 people have been extrajudicially executed by soldiers or allied vigilante groups since February 2012. It claims the worst case took place in March 2014 when the military killed more than 640 detainees who had fled the Giwa barracks after Boko Haram attacked.

Reprisals
Many of these killings appear to be reprisals following attacks. A senior military official told Amnesty that soldiers “go to the nearest place and kill all the youths … people killed may be innocent and not armed”.

Amnesty claims that a high-ranking military officer gave it a list of 683 detainees who died in custody between October 2012 and February 2013. The organisation also obtained evidence that in 2013 more than 4 700 bodies were brought to a mortuary from a detention facility in the Giwa barracks.

A former detainee who spent four months in detention described how, on arrival, the soldiers said: “Welcome to your die house. Welcome to your place of death.” Only 11 of 122 men he was arrested with survived, he said.

Amnesty researchers also witnessed emaciated corpses in mortuaries, and one former Giwa detainee said that about 300 people in his cell died after being denied water for two days: “Sometimes we drank people’s urine, but even the urine you at times could not get.”

Overcrowded prisons
The conditions for prisoners were allegedly so overcrowded that hundreds were packed into small cells where they had to take turns sleeping or even sitting on the floor.

“Hundreds have been killed in detention either [by soldiers] shooting them or by suffocation,” a military officer told Amnesty.

To combat the spread of disease and stifle the stench, cells were regularly fumigated with chemicals, possibly leading to the deaths of many detainees.

Sources described how detainees were regularly tortured to death, hung on poles over fires, tossed into deep pits or interrogated using electric batons.

Amnesty believes that the evidence is sufficient for the International Criminal Court to investigate. The Nigerian government said it takes the allegations seriously but that the officers are innocent until proven otherwise. – © Guardian News & Media 2015