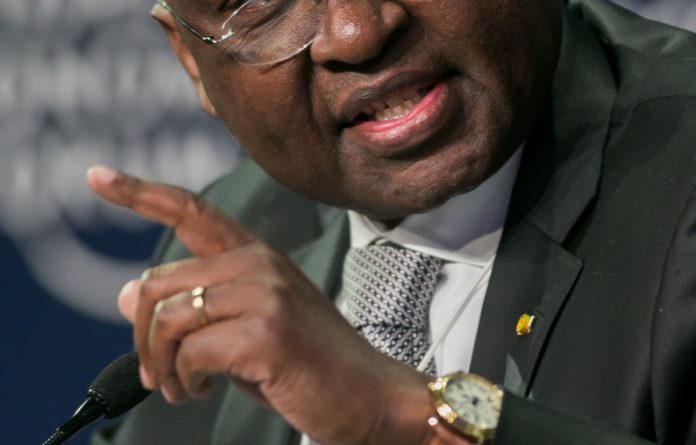 The outgoing president of the African Development Bank (AfDB) spoke down with MGAfrica.com deputy editor Lee Mwiti at the World Economic Forum on Africa in June 2015 to talk about his tenure, how the Chinese link made him furious, his greatest challenges, his legacy, and what he plans to do next.

Mail & Guardian Africa: If you were to give a “state of the AfDB speech” today, what would you choose to highlight?

Donald Kaberuka:  We leave behind an institution, which from a financial viewpoint, is perhaps the strongest in Africa. There are not many AAA-rated organisations now, as measured in equity reserves plus paid-in capital of $9.7-billion.

We have doubled the portfolio in 10 years. We have done for infrastructure alone — energy, transport — twice what the bank has done in 40 years.

M&G Africa: The bank that you have described has undergone structural changes in the last two decades or so. What in your view have been the most significant?

M&G Africa: But you are letting the Chinese take all the plaudits?

DK: Well, we provide the funding, the countries do the tenders. We only check if the tenders are in accordance with our regulations. So when a country does tendering European companies come, Chinese companies come. Chinese companies have been winning because they are cheaper. So people see this and they think it is the Chinese doing the building who are also funding.

M&G Africa: What are you most proud of in your tenure?

DK: I am most proud that we leave behind an institution that has the financial strength, and therefore the means and the wherewithal to serve Africa well. I am also proud that it is now recognised as Africa’s premier development institution.

And lastly it is an institution focused on the things that Africa considers a priority — its infrastructure, private sector and dealing with countries coming out of conflict.

M&G Africa: What would you say is the biggest challenge to Africa?

M&G Africa: Regional integration: where can you say we are at, and what can the bank do to further support this?

DK: First of all I am glad that finally the tripartite (EAC-Comesa-SADC or East African Community, Common Market for Eastern and Southern Africa and the Southern African Development Community) will be signing this agreement in Sharm el-Sheikh [in Egypt] this week, because the bank has been a big supporter of the tripartite, financially, technically and in institution building. If they can pull off this, it will be a major way forward. I do not think tariffs will be an issue, but I think Non-Tariff Barriers (NTBs) remain very much a work in progress.

M&G Africa: Africa is a most vibrant place. What three things most surprised you about it during your term as president?

DK: No one expected the collapse of Lehman Brothers, not even the Americans. Or the Arab Springs. But what surprised me was the resilience of the African economies. The general wisdom out there was that African economies would suffer huge damage.

That resilience, I see it post financial crisis, post terrorist acts. It is something that is beginning to help in the reshaping of the narrative. I am not starry-eyed: we certainly have to rebuild our shock absorbers, which were weakened by the crisis.

Many countries are also able to innovate and leapfrog, such as Kenya with mobile technology, people are now going there to learn about something that has huge implications for financial inclusion. Also, how Africa has been able to attract increasing investment from outside.

M&G Africa: How should we see China on these shores?

DK: As a major partner from an investment perspective, an infrastructure perspective, and a major partner to learn from, but not to copy, because we are different. But we need a long-term strategy of how to deal with these emerging markets. I am hoping this can be ready for the next FOCAC (Forum on China-Africa Co-operation, in December in South Africa].

M&G Africa: What next for a man of 63 years? There is a very loud whisper you are going into private equity on other shores?

DK: Everyone asks me this question.  Private equity is going places in Africa, and I think if I can play a role in bringing those investments into different African countries, I would definitely play that role with a lot of excitement.

I am looking at different options, but I have not made that decision yet.

Move over China, India may be Africa’s new mining frontier

People perceive risk in Africa as greater than it actually is