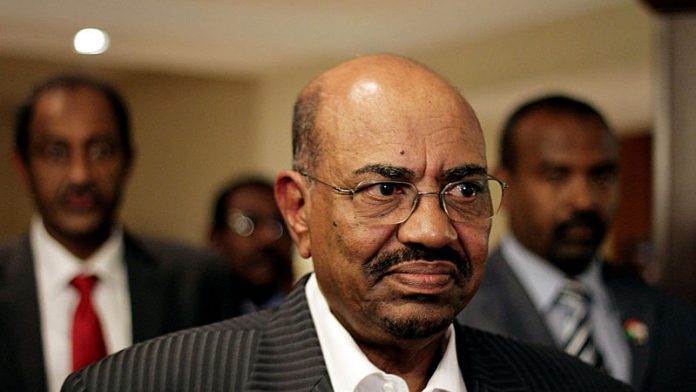 The South African government is keeping mum on whether Sudanese president Omar al-Bashir has arrived in the country to attend the AU summit in Sandton, Johannesburg. The main heads of state summit gets under way today and ends on Monday.

Even though an aircraft with a “Sudan01” tail code was spotted at the Waterkloof Air Force base early on Saturday evening, no one has seen the Sudanese president. Officials from the South African or the Sudanese side have also not confirmed whether he was on board. The 01 tail code is usually reserved for state presidents.

South Africa’s Government and Communications and Information System has been updating its social media pages with photographs of the arrivals of heads of state, but has yet to post anything about al-Bashir.

Al-Bashir was expected to address the opening of an African Peer Review Mechanism on Saturday afternoon, but his address was instead read by a representative. There were however persistent rumours of his arrival.

If al-Bashir is indeed in the country, it will be seen as a test of South Africa’s commitment to the Rome Statute, which requires that signatories arrest those wanted by the International Criminal Court.

An arrest warrant was issued for him in 2009, and at the time Pretoria said it would be carried out if he arrived in the country.

The ICC accuses al-Bashir of war crimes and crimes against humanity in the conflict in Sudan’s Darfur that has killed hundreds of thousands since 2003.

Independent Newspapers reported that the South African government had urgently dispatched an envoy to the ICC in The Hague to explain why it was letting al-Bashir into the country and not arresting him. The South African government is said to have argued that this is an AU event and that Pretoria does not have control over who attends, but the ICC rejected that explanation.

The ICC statement has instead issued a statement urging South Africa to “spare no effort” in detaining al-Bashir and hand him over to The Hague.

Human Rights Watch and the Southern Africa Litigation Centre are among human rights groups which have also called on South Africa to arrest al-Bashir.

News24 reported that al-Bashir’s plane was spotted landing at Waterkloof outside Pretoria on Saturday evening and African News Agency and public broadcaster SABC reported that the Sudanese president was welcomed at the airport by South African government officials and Sudanese diplomats.

South Africa is one of the few states that urged the continent’s leaders not to withdraw from the ICC when leaders pushed to cut ties, amid unhappiness over the perception that the court unfairly targets Africans and ignores human rights abuses in other countries. The AU has however adopted a policy that its member states should not cooperate with the ICC.