Blown away by the Hurricanes 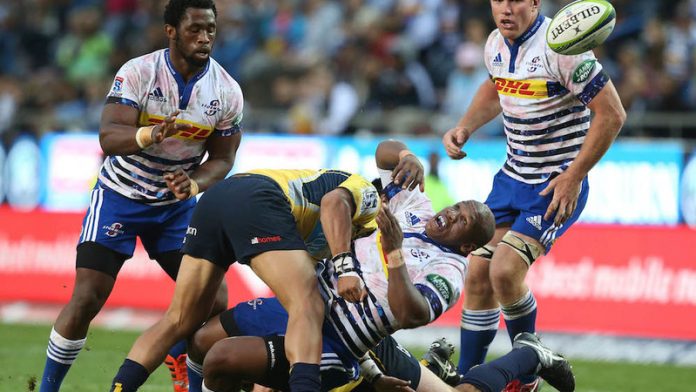 Ultimately, it is the Hurricanes who must accept the blame. One of the most consistently inconsistent sides in Super Rugby over the years suddenly decided to show us all how the game should be played. The franchise that gave us Christian Cullen, Jonah Lomu, Tana Umaga and a host of other greats has won nothing in 20 seasons of Super Rugby. This year they will not be denied.

Before the ‘Canes can lift the trophy and the competition expands to 18 sides next year, however, the other five sides need to decide who will be whipped in Hamilton in a fortnight’s time. It’s not easy to predict, for if you were to take away the ‘Canes, whose 14 wins and 66 log points saw them finish 14 points ahead of the second-placed Waratahs, this was the closest Super 15 ever.

Just seven points divide the sides finishing between second and seventh, all of whom won between nine and 11 matches. Sadly, even if you could wish away the ‘Canes, it would not change the fact that South Africa has only one team in the play-offs.

In the real world, the Stormers would have finished seventh and missed the play-offs altogether. In the artificial world of Super Rugby, they end third and host a play-off with the Brumbies at Newlands this week. They will be narrow favourites, even without talismanic captain Duane Vermeulen, having beaten the Brumbies at the same venue in log play earlier this year.

But the Stormers have developed a bad habit of losing home semifinals. The Crusaders were way too good for them in 2011 and the Sharks created a major upset the following season. The Brumbies have everything to gain and nothing to lose, and if there is one predictable aspect of the game it is that entertaining a full house will not be high on the priority list for either coach.

Dour defensive unit
The fact of the matter is that this Brumbies side is a completely different kettle of fish to the one that consistently hunted the title in the 1990s. The attacking flair of George Gregan, Joe Roff and Stephen Larkham has been replaced by a dour defensive unit with a predilection for grinding down opponents with the driving maul.

It is highly unlikely that their attacking instincts will be encouraged by the Stormers, who have reached the final stages thanks to a powerful pack and the infallible boot of flyhalf Demetri Catrakilis. The Cape side only managed a four-try bonus point twice in the whole competition, which suggests a dysfunctional link between forwards and backs.

Should the Stormers prevail on Saturday, they will have to travel to Sydney to play the Waratahs. In the circumstances, it is hard to believe that they can win.

The only South African happy with only one local side in the play-offs will be Springbok coach Heyneke Meyer, who has more time to mould his players into a unit that could win the World Cup. Indeed, for the vast majority of the national squad, Meyer now assumes the mantle of mentor thanks to the comprehensive clear-out of coaches at franchise level.

The Stormers, Bulls, Sharks and Cheetahs will all be under new management next season, and the Kings, South Africa’s nascent sixth franchise, are still looking for someone to guide them into the Super 18. Only Johan Ackermann, head coach at the Lions, will resume franchise duties in 2016, assuming nothing unforeseen happens between now and then.

A chance to reinvent itself
It is, of course, a chance for our rugby to reinvent itself. New laws will be in place by next February and a new four-year cycle to the next World Cup will stretch ahead. The numerous experienced players heading to France, Japan and elsewhere will force franchises to adopt a youth policy, while the as-yet unnamed new coaching teams will have a blank sheet of paper on which to make their marks.

History suggests, however, that the ball will be dropped. The recent defeat of the Baby Boks in the under-20 world championships offered a harsh lesson. South African teams grow up accustomed to being bigger and harder than their opponents. When they are matched physically, as they were by the England juniors in Italy, they turn in on themselves.

As a rugby-playing nation, we should have learned our lesson by now. Opponents do not fear one-off ball carriers crashing into defenders; what they fear is big, strong runners swiftly moving the ball away from the point of contact. When our best sides do that, they are unstoppable, but it requires a leap of faith for players who have been brought up to pick and drive, pick and drive, pick and drive.

The success of New Zealand teams in this year’s Super Rugby has coincided with a concerted effort to play an expansive game. It may backfire on the All Blacks at the World Cup, where the side that makes the fewest mistakes tends to win – but imagine if it did not? New Zealand might win the tournament with, metaphorically speaking, as wide a margin as the Hurricanes.