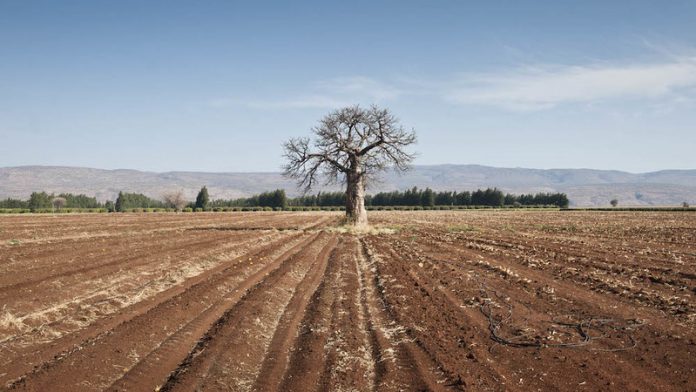 Put an end to hunger

Climate change will undermine agricultural yields and rural development, but to focus on this as the chief threat to national food security is misleading (“A plan for food security”, Letters).

If we don’t tackle the bigger problems of the food system – from the dominance of big business to the exclusion of small operators, the tsunami of unhealthy, cheap foods, weak legislation and regulation, limited access to healthy food and so forth – we won’t ensure that everyone has access to enough safe, nutritious food to prevent hunger, malnutrition and obesity.

“Food security exists when all people at all times have physical and economic access to sufficient, safe and nutritious food to meet their dietary needs and food preferences for an active and healthy life,” wrote the committee on world food security.

Yet the statistics are worrying: the 2012 national health survey shows that 26% of South Africans commonly experience hunger.

Nationally, stunting from chronic undernutrition is at 26%, with extensive micronutrient (vitamin and mineral) deficiencies in all provinces. Rates of overweight and obesity are simultaneously escalating dramatically: more than 50% of women and 30% of men aged between 45 and 54 are overweight or obese, which is linked with chronic, debilitating and expensive diseases such as diabetes, the prevalence of which has doubled in the Western Cape in the past two decades.

Chronic undernutrition and obesity coexist in the same communities and even the same households, mostly as a result of dependence on a cheap, high calorie, low nutrient (low protein and micronutrient) diet, present in processed, packaged and cheap “fast” foods.

More than just agricultural intervention, we need regulation of actors in the food value chain, as well as economic policies (such as subsidies and taxes) to make unhealthy foods more expensive and healthy foods cheaper.

Food processing, manufacture and retail are dominated by a few large local and foreign companies. Their increasing control over the food environment and the unregulated operations of the fast-food sector have resulted in an environment saturated with unhealthy but tasty, cheap foods.

The power of these companies to influence the market is reinforced by collusion and price-fixing, which have been exposed among bread manufacturers and milling companies, and are alleged among supermarket chains, with major consequences particularly for lower-income families.

Yes, all policymakers must take the threat of climate change to agricultural production seriously. But tackling “food insecurity” needs a wider focus. It must include addressing issues in food processing and manufacturing, food retail and food marketing. It needs to ensure decent incomes. All these factors affect households’ ability to gain access to healthy, affordable foods. – Leonie Joubert, emeritus professor David Sanders and professors Andries du Toit, Julian May and Rina Swart, University of the Western Cape

The ANC has no plan and neglects the people

The ruling party has created for itself huge problems that are becoming increasingly insurmountable.

Its neglect of education and health is cause for concern – basic education and public hospitals are a disaster. There’s no planning, no control and no efficient leadership. At schools, meetings are not planned, toilets are dirty, pupils and teachers come to school late, and so on.

The situation at state hospitals is appalling: at some, patients do not have blankets, nurses do not clean patients … and patients who cannot feed themselves are not fed.

The ANC has sold out our beloved country to foreigners who illegally mine our minerals. Yet it neglects South Africans and abdicates its responsibility to assist South Africans to benefit from the country’s wealth. Only so-called comrades, who are haughty and arrogant, benefit. Our towns are becoming slums.

The ruling party has turned our national Parliament into a political rally, where members of the opposition parties are insulted. It seems Parliament is no longer going to serve the people of South Africa, the land that is bleeding and crying.

The ANC has neglected development; South Africa could be the economic hub of sub-Saharan Africa. Why can’t they build factories in the former homelands to make blankets, clothes, Simba chips, shoes, etcetera, or resuscitate the mining industry?

The party does not have a plan to deal with people who leave farms and former homelands for the cities in hope of finding jobs. They aren’t aware that if you allow people to come to Johannesburg, for example, you must build industries and you must have land for them to live on.

The ANC builds houses and electrifies them for unemployed people. But how will the unemployed be able to pay for services? Why doesn’t the party start with job creation? Why do they exploit those who work by making them pay for services for people who do not work? Is this fair?

Since the inception of the new order, the ANC has failed to pay serious attention to the wellbeing of ordinary South Africans. – Chopo Teleki, Welkom

Marxism is dead, but it is still touted

With the dismal failure of Marxism in the Soviet Union and China over the last century, why are we still having conferences on Marxism? We don’t need more talk shops on the economy (“Marxists plot new course for Mzansi”, Business).

We need economists to roll up their sleeves and come up with immediate, practical solutions for a devastated world.

One of the reasons Marxism failed is that it is devoid of the spiritual values needed to rejuvenate society. There is rampant greed and corruption in the former Soviet Union and in China after almost a century of Marxism because the ideology failed to radically transform those societies. – Irma Liberty, Cape Town

What was the City of Cape Town thinking when it decided to round up homeless people and put them in a camp?
Read more
Advertising
Continue to the category
Politics