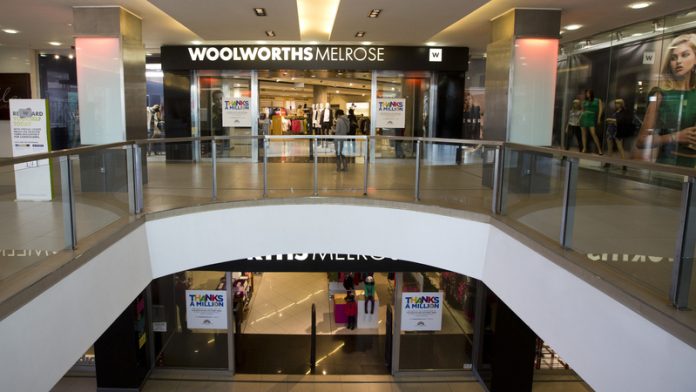 The mammoth Mall of Africa, due to open for business in April next year, will be the crowning glory of South Africa’s strong shopping centre industry. The country already ranks in the global top 10 in terms of highest number of shopping centres as well as total floor space.

Largest in Africa
Valued at R5-billion, the 115 000m² Mall of Africa project will be the largest shopping mall ever built in South Africa in a single phase. The so-called “super-regional” mall will be the heart of the Waterfall City development, located in Midrand between South Africa’s administrative capital, Pretoria, and its economic capital, Johannesburg.

The growth in shopping centres has surged upward since 1994 when the first democratic elections took place in South Africa.

According to a June 2015 publication from Urban Studies, there were close to 40-million people in South Africa at that time. About 76% had a household income of less than R2 500 per month and a Living Standards Measure (LSM) level of 1 to 4 represented more than 80% of the market. Urbanisation was at 54%. There were only 36 shopping centres larger than 30 000m². Total shopping centre floor area was little more than four-million square metres.

Since then, the population has grown to 55-million and 64% of the population is urbanised. The LSM 1 – 4 now accounts for 22% of all households and higher LSMs of 8 to 10 have grown from 17% to 25% (which represents 1.6-million more households in these categories). Metros house 66% of the total mall space in South Africa. The shopping centre industry has more than 600 000 permanent jobs, and another 500 000 jobs are indirectly involved with the industry.

The growth in expenditure from black households is a substantial driver supporting growth of shopping centres.

“The spending by black households as a percentage of the total spend increased from 35% in 1993/4 to 57% in 2013/14,” the Urban Studies publication said. “The fact that the total expenditure cake for the total population is increasing, is one of the main features of shopping centre development in South Africa.”

A study from the University of Cape Town’s Unilever Institute of Strategic Marketing found South Africa’s black middle class increased from 1.7-million people in 2004 to 4.2-million in 2012 and its spending power was estimated at R400-billion a year.

Personal income in this segment has grown by 30% per capita since 2004, and household income went up by 34%.

The Unilever Institute’s study did show that spending was often not frivolous and 65% of the new black middle class own their own homes and send their children to model C or private schools.

However, despite poor GDP growth outlooks, economists expect consumer spending to continue to grow and to support economy growth in 2015.

The development of South African malls, and consumer spending, is valuable in attracting international brands to local shores. The Mall of Africa development, with some 300 stores, announced last month that it is already over 90% let, and includes a host of international fashion retailers.

“Cotton On, H&M, and Forever 21 will be opening flagship stores, with other international brands like Forever New, River Island, Mango, Tommy Hilfiger and Versace also on offer,” the mall developer, Atterbury, said in a release last month. “A number of local brands – Foschini Group, Mr Price and Truworths – are also opting to make the Mall of Africa their new flagship stores, while anchors for the mall will include national favourites Woolworths, Edgars, Checkers and Game.”

Atterbury says construction is on schedule and progressing apace ahead of its opening in April next year. The Mall of Africa is co-owned by Attacq Limited (80%) and Atterbury (20%).

Strategic positioning
The Mall of Africa’s key advantage is easy access to it from both sides of the N1 highway, with the first free-flow interchange of its size in Africa at the nearby Allandale Road exit. The upgrade of the Allandale interchange cost Sanral approximately R800-million. Atterbury Waterfall Investment Company has also undertaken various infrastructure developments since 2008 and continues to upgrade the K101 and the Allandale Road.

Not limited to South African boundaries, Attacq and Atterbury (with local Namibian partners) at the end of last year also opened the R1-billion Grove Mall of Namibia – the largest shopping centre ever to be developed in the country and spanning some 55 000m².

It is Namibia’s first regional shopping centre with more than 120 retail stores, restaurants and service outlets, 28 of which are new to Namibia. Stores include familiar South African names such as Woolworths, Ster Kinekor, Pep and FNB.