Madonsela saddened by Parly’s refusal to hear her 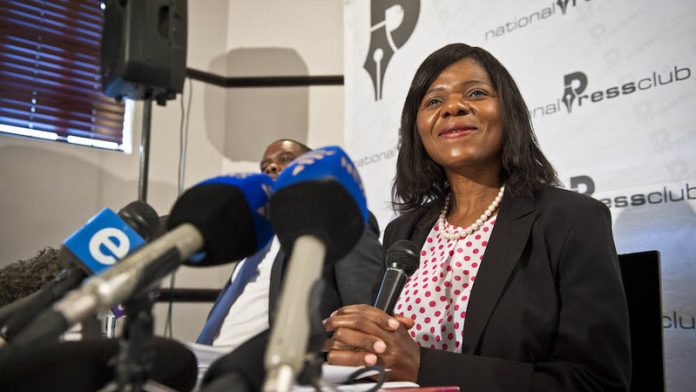 At a media briefing in Pretoria, public protector Thuli Madonsela told reporters she was saddened that she had not been given an opportunity to address Parliament regarding her findings.

She said in the 20 years of her office’s existence, the criticism following the release of her “Secure in Comfort” report was unprecedented. The critics, “including spokespersons of the governing party in and outside Parliament” had launched tirades without looking at the specifics of her report.

“I have wondered what [former] president Nelson Mandela would have made of this bizarre turn of events,” said Madonsela.

“Having been unable to hold a formal meeting with his excellency President Zuma, I’ve also been wondering what he is making of these vicious attacks.”

In March last year, the public protector found that Zuma had unduly benefited from security upgrades with a price tag of R246-million to his private home in Nkandla, and recommended he pay back a portion of the public funds used for the project.

“I appeal that we stop personalising matters and uphold the Constitution as we partner in helping the people of South Africa exert accountability in the exercise of public power and control over public resources. This is important if government is to play a central role in driving delivery on the constitutional promise of an inclusive South Africa,” added Madonsela.

The press briefing comes a day after the Sunday press reported that Zuma and Madonsela had exchanged letters on the subject of Police Minister Nathi Nhleko’s own report on the Nkandla controversy in which he held that the president was not liable to pay back a cent because all luxuries added to his home as part of the project served a critical security purpose.

Defying funds to the Office of the Public Protector
Madonsela said a “worrying” trend of defying her office and denying it funds has also emerged since she penned her report on state expenditure on Zuma’s private home.

“The bickering, which has included withholding support for this office’s request for a much needed budget increase, is undermining this constitutional institution’s optimal contribution to the strengthening of constitutional democracy through administrative scrutiny,” Madonsela told reporters.

“I am accordingly appealing to the National Assembly to collectively exercise leadership to ensure that engagement with this office is informed by and in line with Section 181 of the Constitution and Section 8 and 9 Public Protector Act. Since the bickering started, we are witnessing worrying defiant trends. The emerging attitudes, though few, are a worrying trend.”

Media the only platform
“Honourable Speaker of the National Assembly, Honourable Members of the National Assembly and the people of South Africa – I am deeply saddened by the fact that I have to use the media as a platform to address you. This is not my preferred mechanism to engage you but the only one I have, after the ad-hoc committee deliberating on the findings I made following an investigation into alleged unduly excessive upgrades at President Zuma’s private home decided not to invite me to address Parliament on this matter,” she said.

“I’m further convinced that this mechanism of engagement is neither the one envisaged by the architects of our constitutional democracy nor the mechanism used between legislators and public protector-like institutions across the globe. I took the decision to engage you and the nation to advise you on the constitutional provisions regarding the governance of the Public Protector as a constitutional institution.”

She said there had been several utterances which have led to “misinformation” about her findings in the “Secure in Comfort” report.

“Such utterances include whether or not I ever asked the minister of police to make any determination regarding the president’s payment of a reasonable portion of the cost of non-security upgrades to his private home, what is it exactly I considered to be non-security upgrades and the basis of my decision. In its 20 years of existence, this office has never received such vitriolic attacks from politicians as it has done following the release of the report Secure in Comfort,” said Madonsela.

“What is encouraging though is that not once has any of the attacks suggested that Secure in Comfort deviated from the approach taken by my team and I in the manner in which we investigated and presented findings and remedial action in respect of other reports issued under the Executive Members Ethics Act since I became Public Protector in 2009.”

ANC chief whip hits back at Madonsela
The office of ANC chief whip on Monday said it was not true that Madonsela had been the target of vicious attacks since she made adverse findings against President Jacob Zuma and accused her of political posturing.

“We wish to reaffirm the ANC’s respect and support for all institutions established by the Constitution to support our democracy, including the office of the Public Protector. We, however, do not believe that any principled criticism based on the work of these institutions, or disagreement expressed in the course of robust debates in parliament, is tantamount to “vicious attacks” – as claimed by the Public Protector today,” Stone Sizani’s office said.

“In our view such a claim is without foundation and thus unfortunate.”

Sizani countered that the committee was established to study the minister’s report, not hers. He added that her report was inaccurate in that it described Zuma’s home as opulent, when MPs who visited it last week were shocked at the poor state of workmanship that characterised the project.

That committee was eventually boycotted by the opposition in protest at the ANC majority’s refusal to call Madonsela to discuss her findings. They have, in vain, tried to persuade the ruling party that the current committee should call Madonsela to explain why her findings differ from those of Nhleko, who has determined that Zuma does not need to reimburse the state because every item in the project was essential for security.

“It is neither practical nor sustainable that an institution should be called to respond before Parliament whenever a view is expressed regarding reports it released,” Sizani said.

“We note and agree with the views expressed by all political parties in the ad hoc committee following their eye-opening visit to Nkandla that the description of the upgrades as luxurious, opulent and comfortable does not correlate with the reality on the ground. It is such descriptions used by the public protector in her report which made MPs to observe that the descriptions of certain aspects of the upgrades were misrepresented.”

Since the visit however, some MPs have suggested in media reports that the poor state of the premises was exaggerated during the visit. For example, they were told that surveillance equipment had never worked though there was proof that it was in operation as late as last year.

Madonsela’s press conference also comes on the heels of Sunday press reports that she and Zuma had exchanged strongly-worded letters in the wake of Nhleko’s report.

Sizani said it was untrue that criticism of her office was vindictive and rejected suggestions that Parliament was denying it more funding to punish her for her findings on the Nkandla controversy.

“Such [an] allegation is baseless and sounds like political posturing.

“We appeal to the public protector to give Parliament the necessary space and respect to do its work and report to the public.” – ANA