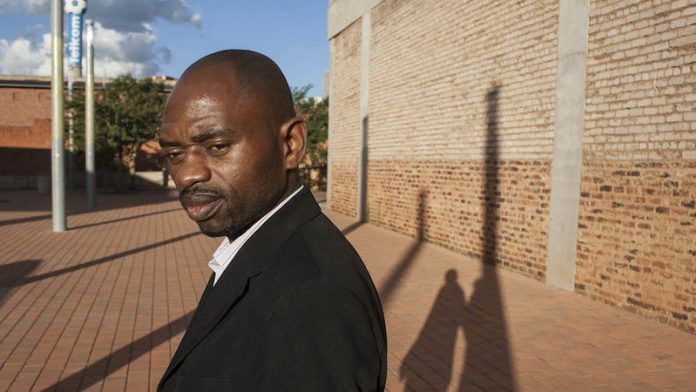 In 2006 our movement, Abahlali BaseMjondolo, together with the Western Cape Anti-Eviction Campaign, walked out of a nongovernmental organisation-controlled meeting held at the Centre for Civil Society at the University of KwaZulu-Natal in protest at NGO control over our movements. The response of the NGOs was to call security on us and they described us as “tsotsis” in the Mail & Guardian.

Bandile Mdlalose was expelled from our movement in 2014 after being found guilty of corruption in an internal disciplinary process. Following her expulsion she allied herself with people at and linked to the Centre for Civil Society, where she now works. She allowed her name to be attached to a new defamation campaign that was emailed to a long list of academics around the world. There was serious dishonesty in these emails and a lawyer described them as “grossly defamatory”. There is clear and well documented evidence of this dishonesty. We explained this on our website.

The article published in Mdlalose’s name in Politikon contains dishonest statements. The journal‘s editors denied us full and fair right of reply, and treated our draft replies differently to the original article. We were not allowed to provide evidence of the article’s dishonesty. This was unfair. This pattern of dishonesty has continued into the article published in the M&G (Who produces this ‘rigorous knowledge’?).

As was the case in the Politikon article, we do not recognise our movement – or Mdlalose – in this article. We do recognise the long campaign to delegitimise our movement that goes back to 2006. – Zandile Nsibande, Abahlali BaseMjondolo Women’s League Chairperson

• I challenge the truth in Mdlalose’s article with one example of many twisted facts. In her article she quotes personal correspondence from me. She adds: “Huchzermeyer said she would talk to [Richard] Pithouse. She did; within hours she changed her story. Suddenly, I was bad, irresponsible, immature.”

In fact, what I wrote in that same e-mail was the opposite; I quote it here to defend my integrity: “Would you like to tell me whether it’s something I can discuss with Richard? I’ll only do so if I hear from you, as I don’t want to make things worse in any way.” I never received a response. Four days later I cautioned Mdlalose “people will be enquiring about the other side of the story”.

I met Abahlali president S’bu Zikode, when he was hosted in a panel at Wits University. Over snacks, we talked about the movement, as we do when we meet. The conversation got to the Mdlalose matter. Indeed, there was a credible other side to Mdlalose’s account. This side was curtailed by the journal Politikon, to the extent that Abahlali refused to have it published.

In two small ways, the Mdlalose article takes us forward. Politikon‘s attorneys refused Abahlali’s mention of two facts (among many others): Mdlalose’s affiliation with the Centre for Civil Society and that Mdlalose’s account of her departure from Abahlali is irreconcilable with documented evidence held by Abahlali. I refer to both in the article to which Mdlalose responded. Mdlalose challenges neither.

If the public’s interest can be sustained long enough, a slow, arduous debate in the public domain might lead to the closing out of fiction and inaccuracies about the movement Abahlali baseMjondolo and the role of the academics that supposedly control it. – Marie Huchzermeyer

Entitlement is not the answer

The article by Dennis Webster (Look to owners and state for ‘bad buildings’), referring to an article by Lisa Steyn, about how investment is being discouraged in the inner-city, cuts across all property sectors except commercial. It’s important that our lawmakers look into this issue.

The duties of tenants are to pay for the property they rent. What is happening in the inner-city is the same as what is happening in the townships of South Africa, where, if you buy a repossessed property, you will never get occupation. The law allows owners to assert their rights by evicting tenants, but no such obligation is imposed on unlawful occupants. Why should they be protected by the law?

To me, Webster’s organisation, the Socio-Economic Rights Institute of South Africa, does not differ much from those established parties claiming to be doing it in the interest of the poor, when, in fact, they are a bunch of thugs requiring a membership subscription and a nominal rental. But no services are being paid for – tenants enjoy the luxury of water and lights and free board, irrespective of the deplorable state of the property they ran down.

This problem is escalating. Rights without obligations are a recipe for disaster. Webster’s group should channel its energies into educating the masses about the importance of ownership, rather than teaching them to insist on being temporarily relocated elsewhere. They should be working with local authorities to get those waiting for social housing on to the waiting list.

If we carry on in this manner, not only will we turn our cities into squalid places, but we will also never be able to root out a culture of entitlement. – Lydia Ikaneng

LONG READ As the world was overtaken by upheaval last year, one photo emerging from the uprisings depicts...
Read more
Opinion

The eThekwini mayor has been removed. No, not fired. She’s been redeployed. And it wasn’t because of the dodgy waste tender
Read more
Opinion

"Mandela’s values were not confined to realising political freedom but included issues such as environmental justice."
Read more
Opinion