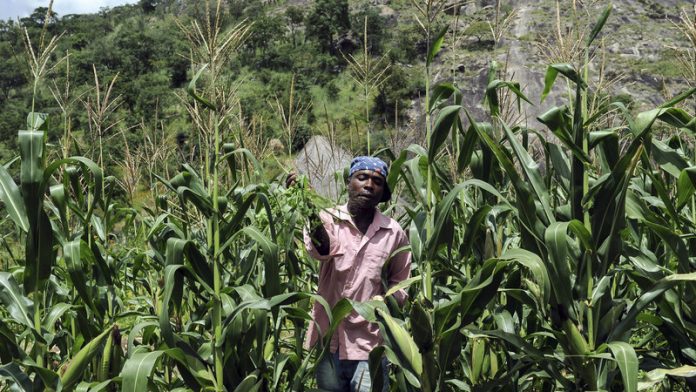 The Zimbabwe government took a major step towards eliminating the once-thriving white ­commercial farming sector this week by gazetting 23 of the remaining 300 farms owned by white Zimbabweans for ­expropriation.

The planned seizures in the Matabeleland North and South provinces were announced despite an admission by Robert Mugabe’s ruling Zanu-PF party that it had failed to compensate more than 96% of white farmers already dispossessed since 2000, regardless of a constitutional obligation to do so.

Lands and Rural Resettlement Minister Douglas Mombeshora refused to speak to amaBhungane on Tuesday. But he told Zimbabwe’s state media that “this is an ongoing programme which started in 2000 under the land reform programme. There’s nothing new here. In fact, farms are being acquired every day and redistributed because all agricultural land belongs to the state.”

Section 72 (2) of the Zimbabwean Constitution empowers the state to acquire agricultural land for “agricultural and other purposes”. Section 72 (3a) provides for compensation for improvements to land made by white Zimbabweans.

The latest wave of farm seizures comes barely six months after Zanu-PF acknowledged its own failure to compensate for land already seized and, in particular, it recommended against the seizure of land owned by foreigners and companies in terms of bilateral investment protection and promotion agreements (BIPPA).

The state’s latest seizure of white-owned land leaves white farmers in no doubt about its intentions. (Reuters)

“While the ministry of lands has been requesting treasury to provide funds to meet this obligation, the funds provided have been inadequate to the extent that, up to 2014, only 210 out of 6 214 former farm owners have been paid either fully or partially for improvements,” according to a Zanu-PF central committee document circulated among senior party officials.

“A decision has been taken by both Zanu-PF and government that we avoid acquiring for now BIPPA-protected farms to limit the country’s obligations.”

‘Don’t be too kind to white farmers’
Recent public statements by Mugabe and government officials point to a calculated decision to annihilate the white farming sector with or without compensation.

“Don’t be too kind to white farmers,” Mugabe said at a recent Zanu-PF rally. “They can own industries and companies, or stay in apartments in our towns, but they cannot own land. They must leave the land to blacks.”

Hendrik Olivier, the director of the Commercial Farmers’ Union, which represents white farmers, said, despite efforts at dialogue, it was clear to his organisation that the government wanted to acquire all white-owned farms.

“We are in shock to see that government has listed the 23 farms. It’s quite clear to us that the government of Zimbabwe wants to take over all white-owned properties,” he said in an interview on Tuesday.

“We have been speaking to government all along and expressing our concerns at the continued disruptions, the evictions and persecutions of farmers, and there have been mixed reactions.

“The biggest issue is that government has persistently said that no white farmer will be allowed to possess land in this country, and therefore we are seeing a mopping-up exercise taking place where they are taking all white-owned properties.”

‘Easy, vulnerable targets’
Olivier’s fears of a systematic programme of dispossession were confirmed by government sources, who spoke on condition of anonymity.

“Government will target white farmers, who are easy, vulnerable targets, but refrain from seizing foreign-owned properties, because doing so would scupper chances of receiving much-needed financial assistance from Western countries and multilateral institutions like the IMF [International Monetary Fund] and World Bank,” said one source.

After 2001, Zimbabwe’s political elite was subjected to sanctions by the United States and targeted measures by European Union countries, imposed over the violation of human rights, including the use of violence against and the displacement of farmers during the land seizures.

But, since the beginning of the year, the EU has suspended its sanctions, allowing Zimbabwe to receive funding and investment in terms of the EU’s agreement with African and Caribbean countries, referred to as the Cotonou Agreement.

On Monday, the EU’s ambassador to Zimbabwe, Philippe van Damme, said: “The EU delegation is making contact with the government to obtain a more comprehensive assessment of the situation. For the time being, we are not able to comment.” He promised to give a detailed answer “towards the end of the week”.

Although it has been 15 years since the start of a land reform programme ostensibly intended to benefit black Zimbabweans disadvantaged by 90 years of colonial rule, Zanu-PF documents show that it has largely been the country’s political heavyweights, including Mugabe, who have profited from the exercise.

Despite government policy stipulating that no one should own more than one property, Mugabe and other senior officials each own many of the more productive and bigger A2 farms. Mugabe reportedly has 16, some of which were taken from prominent individuals and companies such as High Court Judge Ben Hlatshwayo and the agro-company, Interfresh, the producer of the world-famous Mazoe orange drink.

Several land audits have been commissioned, but these have been repeatedly blocked by Zanu-PF ministers and the war veterans. They have argued the processes were a witch-hunt targeting senior party officials and other beneficiaries of the land reform programme.

Zanu-PF documents show that, until 2014, only 143 new black farmers had received 99-year leases from the government. This form of ownership has been rejected as collateral for loans by the banking institutions, including black-owned banks.

The inability of new farmers to access bank loans has significantly undermined productivity in the agricultural sector, with serious implications for food security.

Zimbabwe, once the breadbasket of the Southern African Development Community, must now endure the ignominy of importing maize from countries such as Zambia.

‘Uncertain business environment’
Investigations by the Zimbabwe Independent have shown that a significant amount of the imported maize is produced by displaced white Zimbabwean farmers, who have been embraced by African countries, including Nigeria and Tanzania, because of their farming expertise.

A report prepared by the Nether­lands embassy to Zimbabwe in March identified Zimbabwe’s “uncertain business environment” as an impediment to agri-business.

“The business climate definitely is high risk, with limited formal business and investment protection. The judiciary is highly politically compromised, although one that still makes periodic rulings against the government, often on technical grounds,” the report says.

Although noting the country’s potential for success, mainly because of a favourable climate, good soils and a well-developed riverine system, the report points to many challenges, chief among them the loss of security of tenure that followed the chaotic land reform programme.

“All agricultural land has been nationalised after 2000 and redistributed. However, the beneficiaries from the land reform do not have title deeds and are not in a position to transfer their land rights legally,” the report states.

‘All land … is state land’
But the Zanu-PF government appears unfazed by this. On Tuesday, Simon Khaya Moyo, a former ambassador to South Africa, who is the minister of economic planning and investment promotion and Zanu-PF party spokesperson, said the government was acting within its constitutional rights by seizing white farmers’ land, because “all land in the country is in fact state land”.

But Moyo could not say when or how the cash-strapped government would fulfil its constitutional obligation to compensate the farmers. He said amaBhungane should ask the minister of finance – “he should find the money”.

Chinamasa is already under immense pressure to raise funds to kick-start the moribund economy. Unemployment is said to be higher than 90% and civil servants continue to experience delays in receiving their salaries.