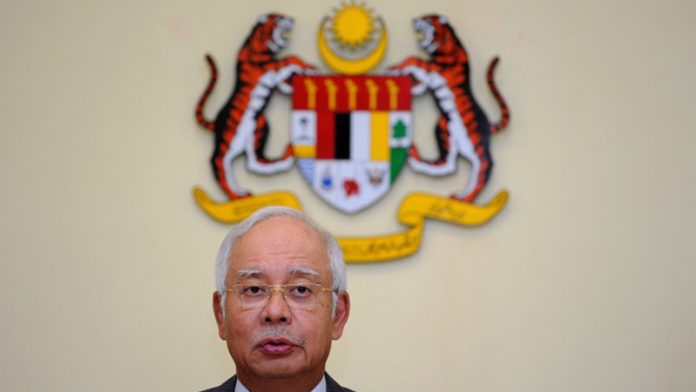 But with Najib refusing to answer and concern that investigations have been stalled, thousands of protesters plan to demand his ouster this weekend, putting them on a potential collision course with police.

The demonstration could expose the breadth of public anger over Malaysia’s biggest political scandal in memory.

“You will see a sea of yellow in the streets this weekend,” said Wong Chin Huat, a leader of civil society alliance Bersih, referring to the group’s colours.

“People realise the country and economy are in a sad state and it’s being brushed aside by the government.”

Malaysia’s leading pressure group has brought out tens of thousands of people for past demonstrations that ended in clashes with police, most recently in 2012.

Police have declared the rally illegal, but Wong said at least 100 000 people were expected to press for Najib’s ouster over the scandal in the two-day rally.

Disappeared millions
Malaysians have been transfixed by months of allegations that hundreds of millions of dollars disappeared from deals involving heavily indebted state investment company 1Malaysia Development Berhad (1MDB), which Najib launched in 2009.

On July 2, the Wall Street Journal reported that nearly $700-million had been deposited into Najib’s personal bank accounts, beginning in early 2013.

Najib initially rejected the Journal report, and he and 1MDB vehemently deny any wrongdoing.

But members of his Cabinet and Malaysia’s anti-graft agency have now acknowledged the transfers, calling them “political donations” from unidentified Middle Eastern sources and saying there was nothing improper, but giving no further details.

The accounts have since been closed and the whereabouts of the money is unknown.

“Najib’s credibility is destroyed. None of these explanations are believed, so he is digging his heels in,” he said.

‘Political conspiracy’
Alleging a “political conspiracy” by unnamed opponents, Najib recently sacked or reassigned officials who were investigating the scandal and purged Cabinet members who called for answers.

A newspaper known for its 1MDB reporting has been suspended for three months and Najib last week sparked free-speech concerns by saying his government would step up internet regulation.

This was to prevent anyone “being criminally defamed, and so that the internet does not become an ungoverned space dominated by insults and untruths,” he said in a speech.

Najib’s office did not respond to requests for comment.

“The government is focused on [political] survival, but the economy is in danger of slipping into crisis as a result,” said Chua.

The ringgit currency has fallen by 13% since the Wall Street Journal revelations.

It has dropped more than 30% over the past year to an 18-year low, partly on fears the energy exporting country’s economic growth will be hit by faltering oil prices.

Mahathir Mohamad, who led Malaysia from 1981 to 2003 and still casts a long shadow, has attacked Najib fiercely over the scandal.

He warned on his widely read blog recently that the “economy will collapse”, harming Malaysian consumers, unless the scandal is explained and confidence restored.

Political analysts say Najib will likely use his government’s leverage over key institutions to thwart investigations and is expected to see off any internal challenges within his ruling United Malays National Organisation (UMNO).

Less clear is the impact on the next elections, which are due by 2018.

In power since 1957, the government is already losing support over recurring corruption scandals and UMNO’s use of racially divisive politics. – AFP