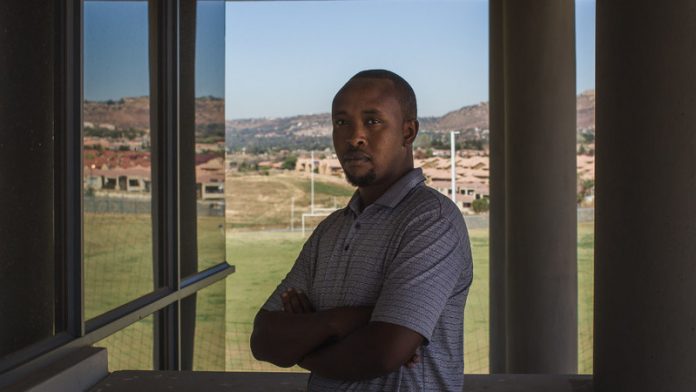 In his opening remarks at the dedication of the Johannesburg Holocaust and Genocide Centre earlier this week, University of the Free State rector and vice-chancellor Jonathan Jansen, who is also the centre’s patron, offered a grim view of South African race relations. He said leaders from opposite ends of the political spectrum are flippantly referencing Adolf Hitler: right-wing politicians are calling the application of the quota system in rugby Hitler-like, and student leaders are declaring their love and admiration for the Nazi leader. This, Jansen stated, suggests a lack of capacity for horror and empathy.

“Important as the Apartheid Museum is, it cannot be the sole memory of oppression and resilience. We need the Holocaust museum, Rwandan memory and ways of remembering the Herero genocide in Namibia,” he said.

The Johannesburg Holocaust and Genocide Centre in Forest Town, set to open its doors in 2016, is the newest of three Holocaust centres in the country, but the only one to include “genocide” in its name.

Though this suggests a broadening of the narrative in terms of how horrific human events are chronicled, it also suggests a pecking order – at least in the eyes of the institution.

“The term ‘holocaust’ was coined in the Fifties to describe that specific genocide [in Nazi Germany and its occupied territories],” says the centre’s director, Tali Nates.

Nates says that, although the centre does touch on the Herero genocide, the Armenian genocide and the Darfur genocide in Sudan, it is the European Holocaust and the Rwandan genocide that are looked at in most detail.

Asked how the Holocaust has come to be the pivot around how the discourse on human tragedies unfolds, Nates said this is because it has been well documented. “All the lists and tons of paper were preserved by the Nazis themselves, so it is an easier topic to learn.”

Nates said, as a young democracy, South Africa still has a long way to go in documenting apartheid. “In Germany it took 50 years to start speaking about the past and to speak honestly about the perpetrators.”

Emmanuel Mwezi (29), a survivor of the 1994 Rwandan genocide, said human beings tend to think their individual suffering is greater than that of others.

“I don’t even call myself a survivor because there [are] people who were thrown [into] mass graves, whose throats were slit, and [they] survived that. I have a friend who spent a week in a mass grave and survived that. We should always give credit to what people went through and the centre is there to teach people about those things.”

Mwezi said it was up to survivors of horrific events to make sure they are afforded their proper place in history. “I only learned about the transatlantic slave trade in high school [in Rwanda] and it was very brief, in passing, like a chapter.”

But the director of the Centre for Critical Research on Race and Identity at the University of KwaZulu-Natal, Professor Rozena Maart, disagrees.

“I think language and culture, and the way in which we contextualise something, happen in a context. Sometimes that context is set up for us and we only have that limited language that has been handed down to us,” she said. “And in the process, divisions between Africa and Europe are created that we need to work against.

“I don’t think enough emphasis is placed on holocausts and genocides in Africa. I think the Rwandan genocide has become a very convenient space for people to focus on because they can say: ‘Oh, you see, these black people did it to themselves.'”

Maart said the Holocaust’s prominence is partly because it happened in Europe: “It’s the modern-day construction of people from Europe as white, including Jewish people as white. I’m not saying that that is true or untrue. I’m saying that is the construction.

“For the whole world to pay attention to an event that happened in Europe is on purpose. Jewish people are not to blame that this event takes centre stage in terms of how holocausts are talked about, but I think it is part of the way in which white European culture has forced a particular agenda. It also has to do with questions of the value of life … what kinds of lives are valued.”

Johan Snyman, professor emeritus of philosophy at the University of Johannesburg, said it is prudent to weigh up the ethical and ethnic imperatives when memorialising events.

“I have relatives and family members who consider the concentration camps of the Anglo-Boer War to be the extreme of suffering. But … during the bombings in Dresden [in Germany], more than 35 000 people perished in one night.

“They should go further and say: ‘Neither to any other people as well.’ If you’re close to the trauma and the mourning, it is easy to remain stuck in the suffering.” This is why, he said, it is important to have places of public and shared memory.

Jhb Holocaust Centre on the move