Serena Williams wins by a knockout 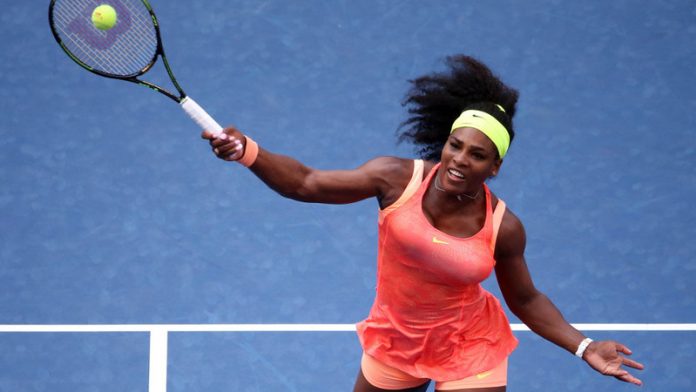 Maybe not. A few other women have a legitimate claim to that title. And if Serena Williams can smash her way through the US Open to wrap up a Grand Slam – an actual, honest-to-goodness, calendar-year Grand Slam, the first since Steffi Graf did it in 1988 – then let’s change that answer to “no”.

Rousey’s claim to the Most Dominant Female Athlete title is certainly strong – by one reckoning, she’s the most dominant athlete, period, male or female. She has a habit of quickly dispatching her opponents. Eight of her 12 professional fights have lasted less than a minute. Fellow Olympic medallist (for wrestling) Sara McMann made it to the 66-second mark and was the first fighter to lose by some manner other than armbar.

The quick fights put Rousey in a Catch-22 situation. We don’t know how she handles adversity because she simply hasn’t faced any since her judo career, in which she was a legit Olympic medallist but not an undefeated machine. In mixed martial arts, Rousey is so efficient that she’s rarely tested.

Williams is in less of a hurry. She sometimes seems to be using the first set as a warm-up. Then she turns it up to a level no one can touch.

And Williams, unlike Rousey, loses every once in a while. That’ll happen in a career of more than 850 matches. In the weekly grind of the World Tennis Association (WTA) tour, Williams sometimes isn’t at her best.

When she’s healthy and dialled in, though, she’s as unbeatable as Rousey. No one can handle her serve, which has topped 206km/h this year. No one can outslug her from the baseline.

Rousey has beaten seven of the top 10 in the current Ultimate Fighting Championship rankings. Williams has beaten the rest of the WTA top 10 many times over. Several players have beaten her once in several tries. Last week in Cincinnati, Williams improved her career record against Halep to 6-1 and against No 7 Ana Ivanovic to 9-1. She’s 10-1 against Caroline Wozniacki, 5-1 against Petra Kvitova. She has never lost to Lucie Safarova or Karolina Pliskova.

The only player in the top 10 with two wins against the world’s No 1 is Maria Sharapova. As of 2004, the Russian star had a 2-1 record against Williams. Since then? Williams has won 17 straight.

That dominance shows in the WTA rankings. Williams has 12?721 points, more than double those of No 2 Simona Halep (6?130). Her Romanian rival moved up to second by reaching the final in Cincinnati last weekend but fell to Williams’s onslaught of 15 aces and 83 winners.

Little wonder that ESPNW gave Williams the No1 1 seed in its online bracket for the Best Female Athlete Ever. Rousey is in the competition but isn’t seeded.

So if you’re judging Williams vs Rousey, the question is which you prefer – someone who competes a few times a year and ploughs through anyone placed in front of her, or someone who has been winning consistently since her teens and is having the best year of her career at age 33?