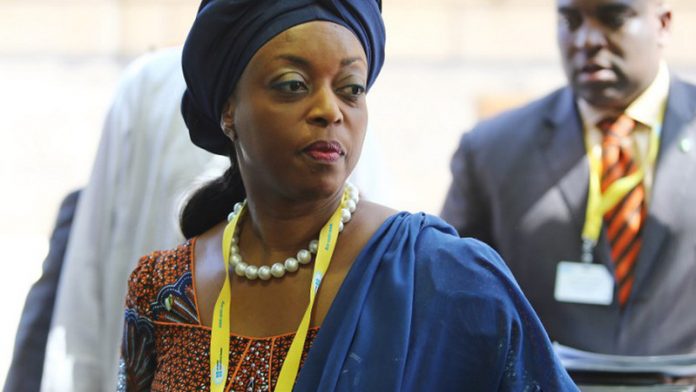 “Nigeria is aware of the arrest of the former petroleum minister in London on money laundering charges,” presidential spokesperson Garba Shehu said on Monday.

“The government has been informed and the DSS [Department of State Services] is collaborating with the relevant security agencies in the UK to handle the matter,” he said.

Britain’s National Crime Agency said on its website on Friday it had detained five people on suspicion of bribery and money laundering but did not disclose the identities of the suspects.

“All five people arrested were released on conditional bail later that evening, pending further investigation both in the UK and overseas,” a statement said.

“The investigation commenced in 2013 under the Proceeds of Corruption Act and transferred to the NCA earlier this year.”

Nigeria’s Economic and Financial Crimes Commission (EFCC) refused to confirm the arrest but was reported to have sealed her home in Nigeria’s capital, Abuja.

Alison-Madueke (59) was oil minister under former president Goodluck Jonathan from 2010 until earlier this year when he was defeated in elections by Muhammadu Buhari.

She was the first woman oil minister in Nigeria – Africa’s largest producer – and the first female president of the global oil cartel OPEC.

Alison-Madueke had previously been accused of large-scale fraud in the management of the country’s multi-billion-dollar oil wealth but denied any wrong-doing.

In February 2014, the former governor of the Central Bank of Nigeria, Lamido Sanusi, claimed the Nigerian National Petroleum Corporation (NNPC) had failed to remit $20-billion in revenue.

Sanusi was later removed from his post by Jonathan, who disputed the figures involved, in a move many saw as politically motivated.

Buhari, who last week announced he would take personal charge of the oil ministry, has begun a purge of the NNPC, ordering a review of its finances and sacking the entire board. – AFP