Lake of Stars festival: a party with a purpose 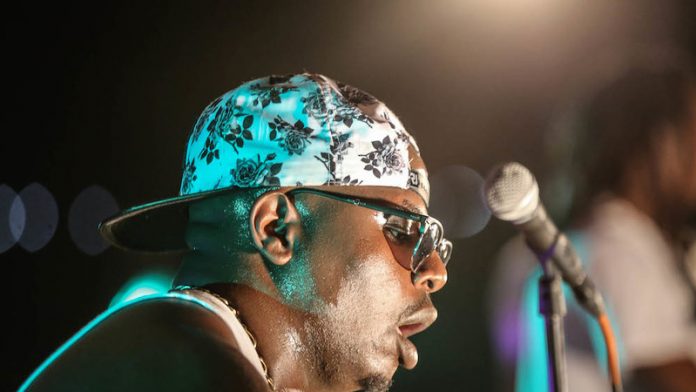 Last month the shores of Lake Malawi again played host to the Lake of Stars festival, a three-day event that unites both mainstream and niche Malawian acts with some of the most exciting contemporary African musicians around.

Scottish hip-hop trio Young Fathers were a big draw for many festivalgoers, but it was the lesser-known local artists who made the event special. Many took to the stage in the full heat of the day, when those who had taken maximum advantage of the event’s 6am music curfew were probably still nursing Carlsberg-fuelled hangovers.

Malawian musical innovator Gasper Nali’s set had to be called off one song short of his finale because the single string of his home-made babatoni had snapped. Half the audience was crashed out on the beach, with Nali’s intricate plucking surely filtering out all but the sweetest of dreams. Then the string broke. Even the most entranced listeners propped themselves up on their elbows to applaud as Nali apologised, picked up his kit and left the high bamboo architecture of the main stage for a CD signing.

It is, of course, pretty hard for Lake of Stars to go wrong, given its paradise-like location. Those camping at the Sunbird Nkopola Lodge’s central site unzipped their tents every morning to a glistening Lake Malawi, where people would already be bobbing neck-deep in newly made friendship circles.

The feat of organising the festival, attended by more than 4?500 people, was reflected in the numerous volunteers, ranging from set-builders to bar staff, many of whom had travelled from Lilongwe or Blantyre to exchange a few hours’ work for a free ticket. Expats from across Southern Africa made the village of Chipoka their temporary home, and tourists from Europe, the United States or Australasia found in the Lake of Stars an incentive to explore Malawi, whose popular status as “the warm heart of Africa” seemed well earned.

If you waded around the corner from the camp, the stretch of beach where fishermen haul up their boats came into view. Kids dove out of the water, excitedly swimming out to meet the crowds descending on their local patch.

Backstage I met Chief Mponda, the man who has seen his territory transformed into Africa’s biggest party for the seventh year running. Mponda, his sons and his grandsons were seated in the VIP section, perhaps the most worthy recipients of this badge at any festival in the world.

Children wave during at the Lake of Stars festival in Malawi. (Maria Thundu)

The respect both ways is clear; Lake of Stars has raised $4.7?million for the Malawian economy in its 10-year history, with events such as a football match pitching staff and media against Chipoka residents (this reporter opened the scoring in a 2-1 victory), adding to the community spirit.

This year saw Lake of Stars partner with the United Nations Population Fund to promote girls’ education, a cause that became particularly explosive when outspoken South African electro/hip-hop star Toya Delazy took to the stage on the Friday night.

By the time Young Fathers began their 1am slot, the Lake of Stars party had reached boiling point and their much-anticipated performance was huge; Liberian-Scottish Young Fathers member Alloysious Massaquoi told me of his “duty to put on a show” and this philosophy seemed ingrained in every minute of their set.

Another standout performer was legendary Malawian singer Lucius Banda, who previewed his festival appearance with a free on-site gig on the Thursday. It was here that his role as a voice against social injustice came out best, with Malawians of all ages nodding along approvingly to hits like Mabala and Life on Earth.

For those seeking a more secluded, less tent-dependent place to stay for future festivals, nearby Cape Maclear is a great option. The backpacker haven Funky Cichlid is a half-hour minibus or 20-minute motorbike ride from the festival site, and has dorms and private rooms overlooking what may as well be a private beach. Hammocks, banana pancakes, freshly caught fish and funky cocktails add to the tropical scene, with rentable kayaks and snorkel kits completing a perfect post-festival place to chill.

The ease with which you can travel up the water to spots such as Cape Maclear makes the festival an ideal appetiser for channelling your inner beach bum. The party continues with a string of shaggy-haired, Lake of Stars-wristbanded revellers, probably delaying their flights home for another week.

More information on Lake of Stars, Cape Maclear and Malawian tourism is available at malawianstyle.com