Court stalls our right to know 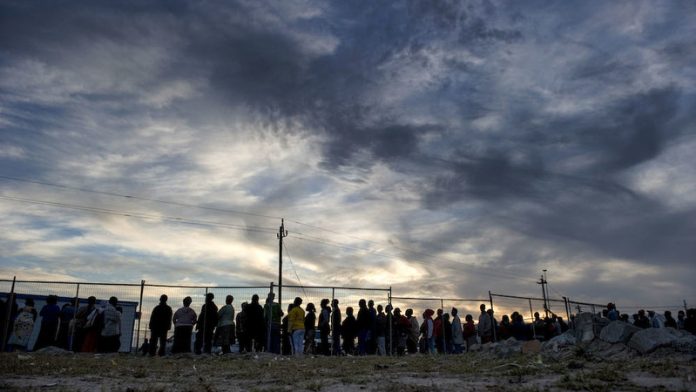 Thanks to the media in general and this newspaper in particular, the public now knows about the Guptas and Thoshan Panday. They appear to be disproportionately influential in the echelons of high state power. It would appear to be an unarguable case that private funding of political parties should be transparent.

Do these high-profile businesspeople profit from keen entrepreneurial ability, or do they get improper assistance from those who hold high political office in exchange for contributions to the political party that holds office in the relevant area?

If the countless reports in the media about the influence of certain businesses was insufficient to place the governance system on guard, the latest disclosure of the role of Hitachi in the affairs of Chancellor House, the investment arm of the ANC, should clinch the argument.

This is the context in which a recent decision of the Constitutional Court should be read. A nongovernmental organisation, My Vote Counts, approached the court arguing that Parliament has a constitutional obligation to enact specific legislation, in addition to the wide general provisions of the Promotion of Access to Information Act 2 of 2000, that would require proactive and regular disclosure by political parties of the sources of their private funding.

As political parties are central to constitutional governance, citizens are entitled to equal access to information about their funding, that is sourced from private parties.

For this reason, the argument raised concerned the introduction of new legislation to provide for disclosure of private funding of political parties. The speaker and the chairperson of the National Council of Provinces opposed the application.

The minority parties did not oppose it but neither did they present arguments in favour of a greater transparency. In itself, this was regrettable in that, given the cancerous effects of corruption in our body politic, one would have hoped that they would have sought to attain the elevated position in favour of openness and transparency.

Second, in terms of the doctrine of separation of powers, the applicant was precluded from demanding the relief it sought. As the majority said: “Despite its protestation to the contrary, what the applicant wants is but a thinly veiled attempt at prescribing to Parliament to legislate in a particular manner. By what dint of right can the applicant do so? None, in the present circumstances. That attempt impermissibly trenches on Parliament’s terrain; and that is proscribed by the doctrine of separation of powers.”

Justice Edwin Cameron for the minority differed, holding: “By contrast, when a litigant does attack the legislation, as here, saying that it falls short of a standard embodied in the Constitution itself, then they are free to invoke the Constitution directly.

From this premise, Cameron held that the applicant’s case had to be determined on the basis of whether Parliament, when it passed the Act, had catered for the case made out by the applicants – that is that Parliament failed in its duty to pass legislation that fully took account of the reach of section 32 of the Constitution.

On this basis, the minority found that the Act does not provide adequately for the right of South Africans to know a vital piece of information that goes to the heart of electoral democracy, namely who funds the political parties whose members sit in Parliament. Although the minority would have ordered Parliament to pass the necessary legislation, the majority, in dismissing the case, said that the applicants would have to start all over again and challenge the constitutional validity of the Act.

The result is a depressing recourse to legal formalism in the face of an assertion of a case that is founded on an important right – the right of the public to judge whether private funding of political parties influences the rules that govern our country, whether at national provincial or local level.

An interesting side issue in this case was that, as important as it was, three of the 11 justices who sat on this case were acting justices, who sit temporarily on the Bench. In itself, this raises an important question, particularly in such an important case for the core values of openness and transparency.