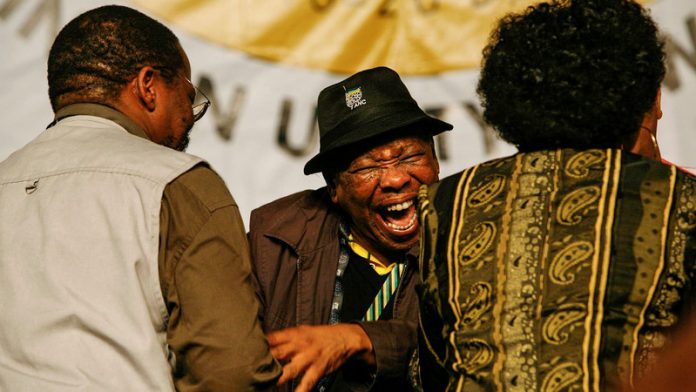 Communists came out of the ANC’s 2007 Polokwane conference emboldened. First, they claimed victory over what they termed the “1996 class project” – South African Communist Party general secretary Blade Nzimande’s term for the neoliberal policies pursued by the government of Thabo Mbeki, who had just been defeated for the party leadership.

Second, they had a bold new voice and strong, outspoken presence in the Jacob Zuma government, after being forced out into the cold under the Mbeki administration.

Fast-forward to 2015 and the communist voices are shrill again. But now they are crying foul: they are being targeted, they say, all because they are the SACP.

The return of tensions between those in the ANC who call themselves nationalists and the communists threatens to cause fresh divisions over leadership that may become a prominent feature in the build-up to the ANC’s next national congress in 2017.

The SACP has accused the “premier league”, a group of three ANC chairpersons who are premiers in their own provinces – Free State’s Ace Magashule, Supra Mahumapelo from North West and Mpumalanga’s David Mabuza – of opening the succession debate too early, seeking to benefit from it.

In turn, the party’s nationalist ­faction is accusing SACP leaders of piggybacking on Zuma at Polokwane to gain ascendancy.

Both the SACP and another ANC ally, trade union federation Cosatu, have always been open about their plan to “swell the ranks” of the ANC.

It appears the nationalists versus communists battle will only intensify as the ANC gets closer to its next national congress.

“I don’t think there’ll be as many communists in the NEC after 2017 as there are now,” the NEC member said. He added that communists are angry because they are not getting their way in the ANC, despite backing Zuma against Mbeki at Polokwane and then against Kgalema Motlanthe at Mangaung in 2012.

“It’s a combination of both a pushback from the ANC and the fact that most of the policies that communists want are unrealistic,” said the source. “You cannot want to achieve socialism using the ANC.”

ANC secretary general Gwede Mantashe and Nzimande have become key communist figures in the latest battles. Mantashe was SACP national chairperson until 2012, when he quit to concentrate on his ANC responsibilities. Still largely regarded as a committed communist, Mantashe told SACP delegates at the time that quitting his post was a “practical consideration” and not an ­ideological one.

Tensions between the communists and ANC nationalists have also been expressed in a war of words between the ANC Youth League and the Young Communist League.

The SACP’s second deputy general secretary, Solly Mapaila, said the youth league leaders’ attacks on Nzimande, who is the higher education and training minister, during the recent student protests were supported by some ANC leaders vying for positions in 2017.

“It is not innocent. It is a calculated move from where we sit,” Mapaila said. “Every time we approach [the elective conferences], we experience this kind of attack.”

Writing in the SACP’s newsletter Umsebenzi Online on Thursday, Mapaila questioned the inconsistency of ANC leaders in defending their own. He implied that they had failed to defend Nzimande when youth league president Collen Maine called for a protest march to his house, the same way they did with Zuma when opposition parties wanted to march to Nkandla.

“As leaders, we cannot fold our arms and be silent when such harmful tendencies are advocated in ­public,” said Mapaila.

He said the isolation of Nzimande is linked to the 2017 ANC elective conference and the 2019 elections. “The old agenda to marginalise not only SACP leaders but the other organisational components of the working class within our alliance, along with the whole of the alliance itself … seems to be bouncing back,” Mapaila said.

Another senior SACP member sympathetic to Nzimande said the communist party boss is being targeted because he has proved to be a thorn in the side of those who want to continue looting state resources at the expense of the poor.

“Blade has been a factor in deciding who became a leader at Polokwane and Mangaung. [Those opposed to him] are saying he can’t be a factor again in 2017. They want to weaken him both as [an] SACP and ANC leader before the 2017 conference,” said the senior SACP member.

He said the SACP is likely to support Deputy President Cyril Ramaphosa to succeed Zuma, a move that has apparently triggered unhappiness among those who prefer a female candidate.

The ANC’s women’s and youth leagues have expressed their desire for a woman to replace Zuma as president. African Union Commission chairperson Nkosazana Dlamini-Zuma and National Assembly speaker Baleka Mbete have been mentioned as preferred candidates.

“I know many people would not expect the SACP to support Cyril, but this is what is best for the country,” the SACP leader said.