The eloquence of stony-faced defeat 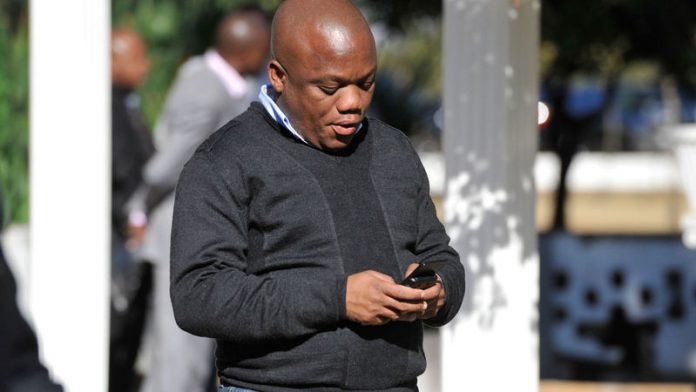 In Kremlinology, watching facial expressions and body language tells as much of a story as a thousand speeches. Last weekend’s ANC KwaZulu-Natal elective conference is a case in point.

Ultimately, 105 votes were the decider after a fierce divisional race for power between Sihle Zikalala and Senzo Mchunu, who both stood for the position of provincial chairperson. Zikalala won.

After his defeat, Mchunu gave Zikalala an awkward side hug and returned to sit with delegates from Musa Dladla, his home region. He didn’t offer fake smiles, but instead listened stony-faced as his political opponent stressed the call for unity in the ANC’s biggest and once most influential province.

In his victory speech, Zikalala urged some 1 400 ANC delegates gathered at Pietermaritzburg’s Royal Agricultural Showgrounds to work towards uniting the ANC in the province. “The only winner is the ANC,” he told delegates, adding later that he still had confidence in his predecessor, Mchunu.

Yes, sure. In the end, the thousand-yard stares and awkward hugs confirmed: slate politics made these calls for unity farcical.

But when a quick voting process took place – strangely, after the official close of the conference – Mchunu and the four on his slate weren’t voted into the provincial leadership committee. It was the clearest evidence yet that slate politics trumped calls for unity.

A regional leader who attended last weekend’s conference said this was an indication that calls for unity were absurd. “It is all about slate politics,” he told the Mail & Guardian this week.

Delegates supporting Zikalala were seen with pieces of paper headed “ZikaZuma” – a fusion of Zikalala and Zuma – which contained a list of preferred individuals to be nominated and voted on to the provincial executive committee. “ZikaZuma” was coined for the winning slate led by Zikalala and newly elected provincial secretary Super Zuma.

In an interview with the M&G this week, Zuma said the programme to unite the province was separate from the elective processes. ANC delegates had the right to elect whoever they thought was fit for a leadership position, he said.

He said, since his election, the leadership collective has been working on a plan to unite the province. Zuma was previously regional chairperson of the Moses Mabhida region – also known as Pietermaritzburg. “We have to separate the issues. The issue of unity is a stand-alone issue,” he said.

Though Zikalala was at pains after the conference to assure the public that Mchunu would not be sacked as KwaZulu-Natal premier, Mchunu’s supporters are not convinced. Many in the provincial ANC believe it was possible Mchunu would be recalled under the guise of avoiding two centres of power, when the provincial chairperson is not the premier.

Another view is Mchunu may be saved if the new leaders decide not to rock the boat before next year’s local government elections.

On Tuesday, Mchunu refused to comment on the conference at all. When asked about his personal observation of the conference and the unity of the province, he said only the new leadership could talk on those matters.