To the ANC: The church won’t ‘stay out’ of politics 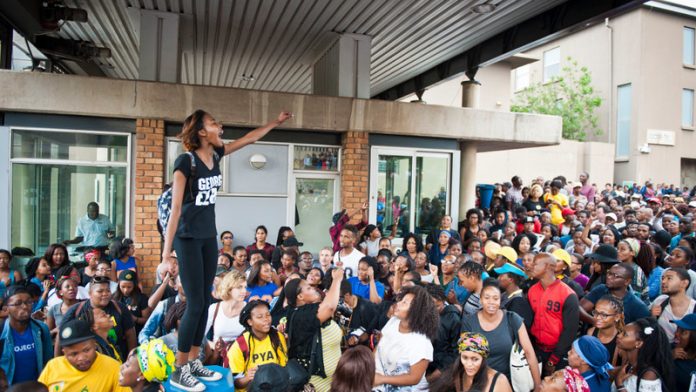 The recent #FeesMustFall encounter at the ANC’s Luthuli House headquarters in Johannesburg was a potent metaphor of the state of the ruling party’s politics.

University students made it clear that they came to the ANC because they consider the party their “parent” and asked for a symbolic gesture from secretary general Gwede Mantashe. They wanted him to sit down and listen to their memorandum of concerns, but he refused.

It appears that asking Mantashe to sit down would have made him like a lamb. Instead, he preferred the posture of a lion. After all, as a representative of the ruling party, he should be seen as the king of the jungle.

In full view of thousands of desperate students who asked him to lend his political influence to their struggle, Mantashe refused to oblige.

In doing so, he lost an opportunity to communicate a message that said: “As a political party, we have the humility to listen, even if we think you are wrong.”

As those students left Luthuli House that day, the image that stayed with them was not that Mantashe did not sign off on the memorandum he received. It was that his body language said: “Go to hell.” They will remember that for a long time.

In a similar display of arrogance two weeks ago, President Jacob Zuma stirred up bad memories by suggesting that the church should stay out of politics.

His rhetoric sounded perilously close to PW Botha telling Archbishop Emiritus Desmond Tutu and the South African Council of Churches in the 1980s to stay out of politics.

It seems that the group of those who cannot criticise the ANC has been widened – almost 80% of South Africans are affiliated to a church. More worryingly, the treasured role of the South African church as a moral voice speaking truth to power has been undermined.

The “church outside of politics” position is hardly consistent with ANC policy and history. Otherwise Zuma would have to visit the grave of John Langalibalele Dube, the first president of the ANC in 1912, and announce: “Mr President, I have come to submit to you that the ANC I lead in 2015 feels sorry that you were a minister of the gospel of Jesus Christ. As the ANC today, we do not like priests meddling in politics.”

Needless to say, the movement would rise against him.

A tale is told in the Bible about a selfish and corrupt rich man, perishing in hell. While gripped in anguish, he looked up to heaven to see the great patriarch of his tribe, Abraham, embracing Lazarus, the poor man, that he – the rich man – used to despise.

The rich man asked Abraham to send Lazarus to hell with a little water to give him some relief from his suffering.

“The gulf between us is unbridgeable,” Abraham responded.

In accepting the extravagant upgrades to Nkandla in a country where the voices of the poor and unemployed are heard daily in service delivery protests and #FeesMustFall campaigns, the president has made his point.

Prophetic criticism was sporadic and isolated, as most of us hoped that what we saw as signs of decay in the ANC, and therefore in government, were not structural fault lines but superficial aberrations that would go away with time.

But when the president of the ANC leads the charge in modelling corruption and shutting down constructive criticism from churches, a new day has arrived.

In recent weeks, church leaders have publicly joined civil society by marching against corruption. There is a realignment – and we have entered a season in which the dominant mode of critical solidarity will shift to “critical”.

Where the democracy that was won through so much sacrifice by so many is in danger of being sacrificed to the greed and machinations of so few, the prophetic calling of the church demands nothing less.

Organisations that suppress criticism can decay and die. The ANC will die if it continues to dismiss its own critical voices, such as those of Reverend Frank Chikane and many other esteemed leaders.

The ANC will die if it ignores voices from faith leaders, civil society and the youth.

And when it does, it will not be because its policies are wrong, which they sometimes are. It will be because it has trampled the people’s trust underfoot.

Moss Ntlha is general secretary of the Evangelical Alliance.