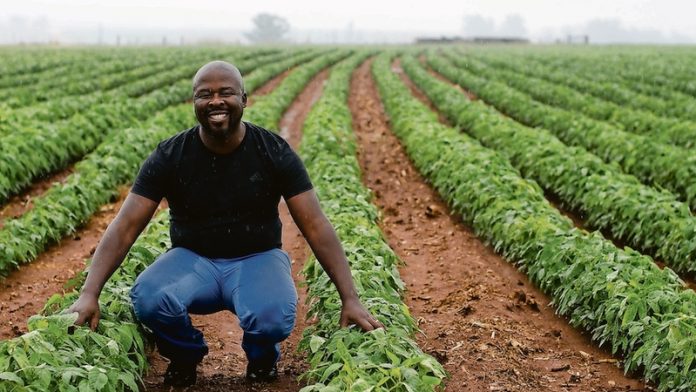 A small co-operative’s dream of expanding its maize farming operation and creating jobs on the far East Rand have been dashed after promises of a handsome grant by the Land Bank’s controversy-plagued AgriBEE fund failed to materialise.

The sad story of the Zivuseni Agricultural Co-operative highlights the ongoing crisis at the fund, which was at the centre of repeated corruption scandals in mid-2000s.

AmaBhungane established this week that between 2012 – when it was reinstated after being suspended for three years – and 2015 it approved only six projects and funded only one. In late 2013 treasury ordered it to return R229-million, leaving it with a zero balance.

The Land Bank manages the AgriBEE fund on behalf of the agriculture department. The purpose of the fund is to promote small-scale farming by black people.

Consisting of four women and two men, Zivuseni was set up near Nigel to cultivate crops, poultry and cattle. Its project manager, Themba Congwana, said the co-op has waited more than two years for a R2.5-million grant from the AgriBEE fund that was approved in 2013, with the purpose of enabling Zivuseni to buy a stake in a local maize-producing company.

After numerous fruitless calls to the Land Bank and being “battered from pillar to post”, Congwana said the co-op has accepted that the crucial funding might never materialise.

As a result, he said, impoverished locals eyeing the 20 permanent jobs to be created in the expanded business would have to look elsewhere.

“We wanted to buy a company that produces maize, grow the business and buy more land,” he said. “When our application for funding was approved in 2013 we were excited. Since then we’ve received nothing.”

Congwana said the co-operative had tried for two years to secure funding and first approached the Gauteng agriculture department, which referred it to the Land Bank.

“We asked for R6-million but were told that we’d got approval for R2.5-million,” he said.

The AgriBEE fund was recently back in the news when seven officials, politicians and lawyers accused of siphoning of R24-million from it in 2007-2008 appeared in court on fraud and corruption charges.

The charge sheet also cites a number of companies that were allegedly used to launder stolen money.

After the scandal was exposed the treasury suspended the fund in 2009. It was reinstated under Land Bank control three years later.

Central to the case is former Land Bank chief executive Philemon Mohlahlane, who allegedly instructed officials of the fund to make payments to a project called Babagolo (Sepedi for “elders”) apparently set up to provide exit packages or “pensions” to senior ANC government officials.

The charge sheet suggests that Mohlalhane invoked the ANC’s name to create the impression that the fictitious project was a funding vehicle for the ruling party and to prevent officials from asking questions about it.

According to Independent Online, Mohlahlane also claimed he wanted to donate part of the Land Bank loot to help fund the ANC’s 2007 national conference in Polokwane.

Also facing charges in this case is Rubben Mohlaloga, who, at the time of the alleged theft, was a national MP and chairperson of the agriculture portfolio committee in parliament.

It is alleged that some of the money was channelled to a company called Tshehla Stationers and Office Supplies owned by Mohlaloga.

In a second case, Mohlahlane faces graft and fraud charges relating to the AgriBEE fund alongside former Gauteng MEC Dan Mofokeng. Mofokeng was the sole director of two companies to which money was allegedly siphoned.

In a third case Sondaga Samuel Malatji, a former acting deputy director general in the agriculture department, his wife Mahoi Sarah Malatji, and a company allegedly used by the couple to launder stolen money, are accused of stealing R2-million from the fund. According to the charge sheet, they used the stolen money to buy luxury cars and prime properties.

Despite the reinstatement of the fund in 2012, it appears to have been crippled by corruption and mismanagement. In a presentation to the agriculture portfolio committee in February 2014, the agriculture department’s director general, Edith Vries, revealed that the AgriBEE fund had supported only one project in the 2012-2013 financial year to the tune of R3-million.

The Land Bank’s 2014-2015 report reveals that in that year the fund received no further transfers.

Committee members questioned why so few projects had been assessed as viable. People who needed assistance from its AgriBEE fund had been let down and farms were failing because small-scale farmers were not being helped to break into big markets. Members also bemoaned the fact that Land Bank officials had failed on two occasions to appear before the committee to account for the performance of the fund.

Responding to emailed questions, African Farmers’ Association of South Africa (Afasa) general secretary Aggrey Mahanjana said: “We don’t think many people have benefited from this fund, as there is little evidence in the sector of emerging farmers becoming part of the agricultural value chain in the past few years.”

Mahanjana added that only some of Afasa’s members knew of the fund. But the association would not “raise our members’ hopes by driving an awareness campaign of a fund that they might not even be able to access”.

The Land Bank, the agriculture department and the treasury failed to respond to questions on the status of the fund and a range of other questions, including why the department had restored control of the fund to the Land Bank after its dismal performance and why the fund still appeared unable to fulfil its mandate.

In a statement, Land Bank chief executive Tshokolo Petrus Nchocho referred all questions to the agriculture department. “Given that the matter is now before the courts, it would be inappropriate for us to comment further on specific allegations that could jeopardise the integrity of the investigation.”