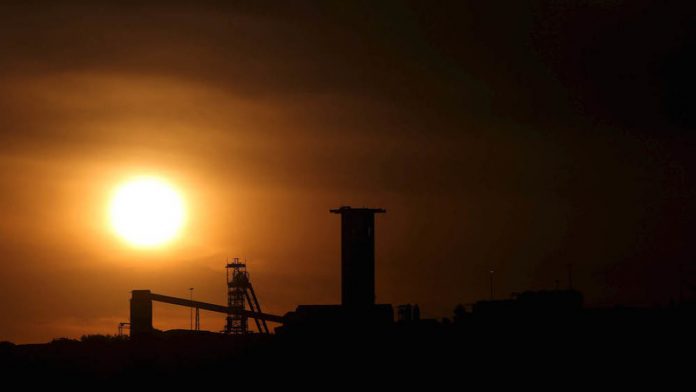 Strikes, unreliable power supply, a mining code that’s been under review for six years, and disputes over compulsory holdings by local black shareholders have dented investor confidence in South Africa.

Many nations on the continent have similar problems. Companies are voting with their feet: BHP Billiton, the world’s biggest miner, exited the nation last year, leaving only five of the 40 largest commodity producers with operations in South Africa.

Investors “want certainty, they want a clear regulatory environment, and they want an environment where companies are not held hostage by unreasonable demands and unreasonable cost escalations,” said Neal Froneman, chief executive officer of Sibanye Gold, the biggest producer of bullion from South African mines. “They can’t operate or invest in the current environment.”

Sibanye was spun out of Gold Fields three years ago this week, when the latter wanted to reduce its presence in South Africa.

Declining Influence
The country has the world’s biggest reserves of platinum, third-largest of gold, is the biggest manganese producer and is Africa’s largest source of iron ore and coal. Yet its influence is declining.

South Africa’s mining industry makes up just 4.4% of global mining stocks, down from 18% in 2000 and 47% in 1980, according to a presentation by Jim Rutherford, non-executive director of Anglo American Plc, in October, based on Morgan Stanley data. The FTSE/JSE Africa Mining Index’s price to book value is 0.75, compared with the Bloomberg World Mining gauge’s 1.03, according to data compiled by Bloomberg.

While part of that deterioration is a result of the global slump in metal prices that’s threatening 32 000 jobs in the country, some of South Africa’s problems are self-inflicted.

One is differing views over a requirement that black investors need to own at least 26% of every company’s assets or equity, a regulation that was adopted to help redress economic imbalances created under apartheid rule that ended in 1994.

Empowerment credits
The Chamber of Mines, which represents more than 90% of producers, and the department of mineral resources have been in dispute over the extent to which companies can claim so-called empowerment credits for past deals, where the beneficiaries have since sold their stakes. At first, the parties asked a court to make a ruling on the matter. While Minister of Mineral Resources Mosebenzi Zwane said on February 5 that the legal process has been ditched for talks, the chamber said it is pursuing both processes to obtain clarity on the matter, chief executive Roger Baxter said.

While the government wants to advance its policy of economic transformation, mining companies say multiple transactions that have to be vendor-financed or given away make a mine unviable.

“When you do that you’re just not going to get the overseas investors,” Andrew Mitchell, a partner at Fasken Martineau LLP in Johannesburg, said by phone. “You need a rich resource to sustain that and there are not many rich resources in the country at the moment.”

Zwane replaced Ngoako Ramatlhodi, who held the position for 16 months, in September. He had no prior experience of national politics. In his first public appearance, the new minister spoke of his desire “to fast-track transformation and empowerment” in the industry.

“I assure you that the democratic government as led by the ANC has prioritised the processing and finalisation of the MPRD Amendment Bill as a matter of urgency in order to entrench the necessary certainty,” Zwane said at the Investing in African Mining Indaba on Monday, referring to the ruling African National Congress and the mineral and petroleum resources development legislation.

The lack of availability of electricity has undermined production. As large energy users, miners have had to reduce their power usage by as much as 20% regularly over the past eight years and currently use less than they did in 2007.

Prolonged labour strikes are another problem, with one stoppage in platinum in 2014 lasting five months. Impala Platinum Holdings and Lonmin, the No 2 and No 3 producers, subsequently raised capital from investors. – Bloomberg