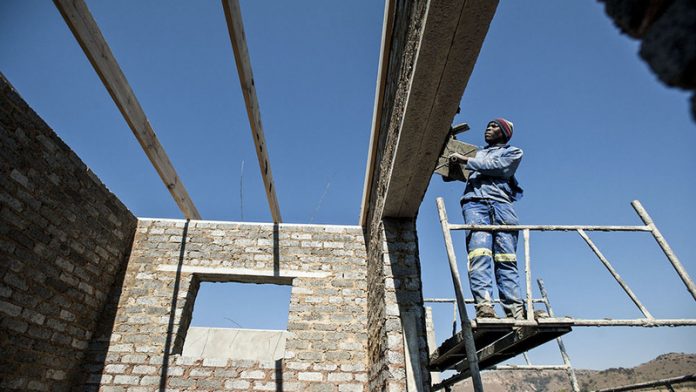 With economic growth expected to drop this year, the strain on state revenues, and ultimately the extent to which it can boost the economy and support the country’s poorest citizens, is worsening.

But, amid the bad news, there is some good if a recent report by the World Bank is anything to go by. The government can continue to help the poor and reignite growth if it is willing to look outside the “fiscal space”, according to the bank.

In its most recent economic update on South Africa, in which it downgraded its growth expectations for the country to a mere 0.8% for 2016, the bank also released findings on how competition policy can help to stimulate the economy and alleviate poverty.

It found that work done by South Africa’s competition authorities – in battling cartels in the cement and food industries – has helped to reduce prices, stimulate growth, including by allowing new entrants into some markets, and helping hundreds of thousands of South Africans ward off deeper poverty.

Local competition authorities, such as the Competition Commission, the most active in Africa, achieve good results on a relatively small budget.

In the case of cement, an important input for the construction and nonmetallic minerals industries, the break-up of a cartel, which began in 2008, has helped to drive a steady decline in profits and prices.

According to the report, it has led to a cement price reduction of between 7.5% and 9.7%. This amounts to a drop in cement inputs of between R1.1-billion and R1.4-billion each year.

The cartel members divided up markets among themselves, including neighbouring countries and at a provincial level. For instance, PPC would not compete with Lafarge in KwaZulu-Natal in exchange for Lafarge not competing with PPC in Botswana, the report noted.

Since competition authorities broke up the cartel, firms are now competing in regions where they previously did not. For example, the Western Cape was allocated solely to PPC but Afrisam has since entered this area.

The cartel’s demise also resulted in a decline in dominant player PPC’s operating profits, from around 40% in 2006 to below 20% in 2014. But the research does note that a slowdown in growth and other factors may have played a role in this.

The break-up of the cartel has allowed for the entry of a new player, Sephaku Cement, with its greenfield cement plant being the first built in South Africa in 80 years. A new plant by Mamba Cement is also under construction.

The World Bank noted that a projected R1.7-billion was spent locally by Sephaku and created a projected 400 permanent jobs and 3 000 indirect jobs. But competition issues in the cement business have not been fully addressed, according to the bank.

Imports from Pakistan accounted for 9% of South Africa’s cement consumption in 2013 and sold at prices that were 57% lower than local cement.

The four incumbent firms successfully claimed that the imports were reducing the sales of local manufacturers and, as a result, anti-dumping duties of between 14.3% and 77.2% were imposed on the imports for six months from May 2015.

“In the future it will be important to secure fair and open access to all markets by local and foreign competitors to further enhance the competitiveness gains seen in recent years from lower input prices,” the bank said.

But the break-up of four cartels in wheat and maize products, poultry and pharmaceuticals has arguably had a more profound effect on the lives of individuals – it is estimated to have kept more than 200 000 people above the poverty line, according to the report.

The poverty rate has been cut by an estimated 0.4 percentage points and lower retail prices have meant that social grants have gone further.

The report said that, with the cartels still in place, the price of wheat flour would have been between 7% and 42% more expensive, poultry prices would have been about 25% higher, pharmaceuticals by between 10% and 15% higher, and maize about 10% higher.

The prices of these products are felt most keenly by the poorest 10% of the population, because they account for more than 15% of their shopping baskets, the bank found.

The Competition Commission ran on a budget of 0.006% of gross domestic product (GDP) in 2015. Its anti-cartel enforcement represents “a cost-effective complement to other poverty reduction measures”.

Lower input costs
But more can be done to boost competition and the positive effects it has on the economy. The bank noted: “Despite two decades of domestic market and trade liberalisation, markets across many manufacturing and export sectors remain dominated by a handful of large firms, stifling new, more efficient entrants and potentially raising prices for downstream firms that rely on manufactured inputs.”

Boosting competition and innovation in these areas “can give a jolt of energy to the economy” and resuscitate productivity growth.

It also argued that, to increase international competitiveness, South Africa needed to lower input costs for key services used by companies, such as telecommunications and professional services.

“As in other countries, the legal services are the most regulated in South Africa, although accounting and architecture are relatively tightly regulated too,” she said.

If regulations could be eased to promote competition, the costs of these services to other firms that use them would be reduced by $1.4-billion to $1.6-billion, she said, equivalent to a 0.4 to 0.5 percentage point boost to real GDP.

She added that indicators on the restrictiveness of South Africa’s regulations in these sectors shows there is room to make the regulatory environment more conducive to competition, with South Africa appearing particularly more restrictive in architecture and legal services than its Brics partners (Brazil, Russia, India and China) and other middle-income countries.

The regulatory environment and problems with the shortage of spectrum in the telecommunications industry has meant the price of broadband is much higher than in other parts of Africa and much slower, Purfield said. For instance, the cost of 1GB of data in South Africa is $14, compared with $2.1 in Cameroon or $4.6 in Kenya.

Download speeds in South Africa, at about 4.5 megabits a second, are much slower than in its Brics peers, such as Russia, where in it is closer to 20mbps. And, because of the shortage of spectrum, the speed and quality of service has declined.

“This leaves South African firms who use broadband services at a cost disadvantage relative to other countries, and slow speed also hampers the ability of South Africa to grow its IT [information technology] service sector, which can hurt service exports as well as the delivery of public services,” said Purfield.

International research suggests that, typically, only between 10% and 30% of cartel activity is detected – the tip of the iceberg – so competition authorities need to improve detection and deterrents.

This includes strengthening market screening and monitoring mechanisms with tools such as network analysis to identify how firms in known cartels are linked with firms in other sectors and markets.