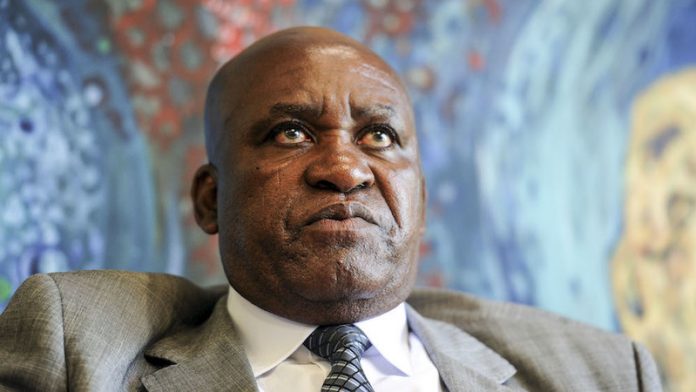 Controversy-plagued Hawks head General Berning Ntlemeza took another hit this week when allegations emerged that he collaborated with ex-crime intelligence boss Richard Mdluli to have his predecessor, Anwa Dramat, unseated.

This and other damaging claims are contained in an extraordinary statement by former Independent Police Investigative Directorate (IPID) investigator Innocent Khuba.

Khuba was the lead investigator into Dramat and former Gauteng Hawks head Shadrack Sibiya over allegations that they facilitated the rendition of five Zimbabweans to Zimbabwean police in 2010 and 2011.

Dramat and Sibiya are appearing in court in Pretoria on Friday on charges of kidnapping, defeating the ends of justice and illegal deportation in terms of the Immigration Act.

Khuba was fired from the IPID in October 2015 after he signed an affidavit stating that suspended IPID director Robert McBride was not involved in doctoring a report that exonerated Dramat and Sibiya.

In his March 3 statement, Khuba says he fears for his safety “because members of the Hawks had already made advances asking me to make a statement that implicates McBride and the IPID’s former head of investigations, Matthews Sesoko, in order to be reinstated into my position”.

Khuba asks: “Who knows what is next with me? I am really afraid. These are the most powerful people in the country and it seems as my life is at their mercy.”

“What Ntlemeza said got me worried”

Khuba, McBride and Sesoko were in court this week on charges of fraud and defeating the ends of justice.

Ntlemeza, who was appointed to lead the Hawks in September, allegedly met Khuba several times during his investigation.

Khuba claims that in late 2013 Ntlemeza, then deputy police commissioner in Limpopo, asked him when he would submit his report on the rendition investigation to the National Prosecuting Authority.

“He said my report was the one holding [back] everything regarding his move to the Hawks. What Ntlemeza said got me worried.”

On December 6 2014, Ntlemeza allegedly called Khuba to tell him “the good news”.

“[Ntlemeza] said that his time to move to the Hawks had arrived and that there was going to be a hit on Dramat. He encouraged me to watch the news on TV in the coming weeks. What he told me happened exactly as he said,” Khuba claims.

Police Minister Nathi Nhleko suspended Dramat on December 23 2014. Ntlemeza was immediately brought in to act in his position.

In a six-page letter to Nhleko after his suspension, Dramat wrote: “I have decided that I will not engage on a level that has nothing to with ‘Zimbabwean renditions’, but is pregnant with ulterior motives and hence my approach to this matter.” Just after this, Dramat reached a deal with the police and left the service.

Khuba claims that during October 2013 Ntlemeza passed on a message from Mdluli: “He said he was at the airport and he met Mdluli, who requested him to tell me that I must not be afraid when dealing with the rendition case because there were people who were looking after me.

“He said he was asked by Mdluli to deploy people for my safety and that if I see any suspicious car behind me, I should call him. I was surprised because I never met or spoke to Mdlu­li.”

Khuba says that, when he began his investigation in late 2012, he was bothered by an instruction that he must work exclusively with crime intelligence officer Colonel Botsotso Moukangwe and keep the probe a secret from his colleagues.

Khuba said he was concerned “because members of crime intelligence were themselves involved in the arrest of the men who were subsequently rendered to Zimbabwe”.

“It also seemed to be a problematic instruction, given the widely known history of animosity between Mdluli and Sibiya, who was one of the subjects of the investigation,” he said.

Sibiya was in charge of an  investigation into allegations of corruption, murder and attempted murder against Mdluli, who was then the head of crime intelligence.

In 2009, Mdluli briefed Ntlemeza on an alleged plot to discredit him. Ntlemeza said in his findings: “It is clear that there was a plot within the crime intelligence environment to prevent divisional commissioner Mdluli [from being appointed to head crime intelligence].”

Khuba says he has realised that “I investigated a case which was so politically charged to an extent that certain outcomes were needed”.

This week outside the Pretoria magistrate’s court, McBride said of Khuba’s allegations: “There is a strong indication of some involvement of Richard Mdluli with the target being Anwa Dramat. A decision to target Dramat happened long before McBride became IPID head.”

Hawks spokesperson Hangwani Mulaudzi said: “We are unable to comment on matters that are before a court of law.”