Did Zuma break his oath of office? 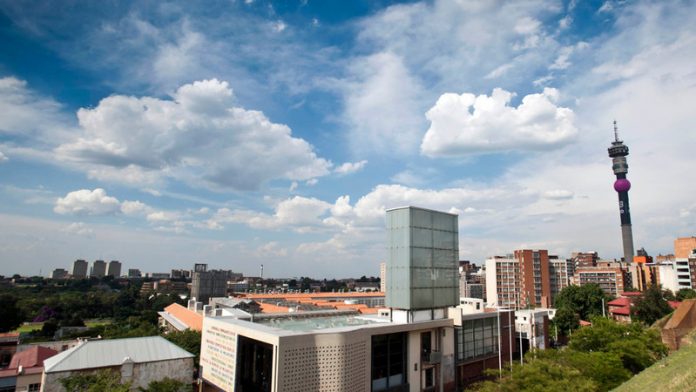 When does “No, there is no reason to pay” become “Of course I owe money, just tell me the amount and here is the cheque”? The answer: when the Constitutional Court says so. In the make-believe world of some, however, there was never a negative answer; it was always a simple question of what lawyers refer to as quantum – the correct amount of an admitted liability.

That was the basis of President Jacob Zuma’s explanation to the nation last week as to how he understood the implications of the Constitutional Court’s judgment in the Nkandla case. The problem is that the refusal to pay and the dismissive attitude to the public protector’s report, which called on Zuma to remedy the situation of personal benefit enjoyed by way of non-security improvements to his home at Nkandla, continued from Zuma’s first response to the report until his lead counsel Jeremy Gauntlett SC conceded that the presidential approach was legally unjustifiable.

Recall that Zuma wrote to the public protector in September 2014 stating that although her reports and recommendations were useful for the development of democracy they did not have to be followed unless affirmed by a court on review. He then informed her that he had handed the matter over to Minister of Police Nathi Nhleko for advice on whether he was liable for any of the Nkandla costs.

When he spoke to the nation last week, Zuma said that the advice he received was now shown to be wrong, but at the time was based upon the approach to the public protector’s powers as adopted by Judge Aston Schippers in his judgment in the case of the DA vs SABC in the Western Cape High Court in April 2015.

The president had presumably latched on to a line in the judgment by Chief Justice Mogoeng Mogoeng (leading a full bench of the court) to the effect that no finding of bad faith could be made by the court against Zuma, in that the high court had adopted a similar legal approach.

Given the timing of the September 2014 letter and the Schippers judgment, the former could not possibly have been based on the latter. It is possible that Zuma’s legal advisers had come to a legal conclusion similar to that of Schippers’s on the legal status of the public protector’s report – even though Schippers delivered his judgment in the SABC case about six weeks after Zuma’s letter.

In addition, Schippers held that the SABC could only ignore the report and the recommendations of the public protector if it had a cogent reason. Not only was the SABC required to provide a clear, rational basis for rejecting the report, but the judge also held that the SABC, as the effected party, had to engage with the public protector during this process. The inspanning of Nhleko to assist with the Nkandla matter, and his subsequent report, hardly amounted to the kind of safeguards that Schippers had laid out.

Simply put, it is doubtful whether the attempt to rely on this judgment passes any kind of plausible justification for the two-year battle fought by Zuma against the public protector.

In any event, by last year the DA vs SABC case had gone to the Supreme Court of Appeal, which held that Schippers’s approach to the powers of the public protector was fatally wrong, and that only a review by a court could justify the rejection of such a report. It was presumably the cogency of that judgment that persuaded Gauntlett, Zuma’s advocate in the matter, to raise the legal white flag.

It is arguably less the inevitable outcome confirmed by the Constitutional Court and more the lengthy, cavalier approach by the government from 2012 to 2014 to a key constitutional institution that is the major reason for the significant public disquiet.

That the outcome of the EFF application was inevitable after the Gauntlett concession to a large extent means that the Constitutional Court was hardly confronted with a difficult case, as some breathless commentators have suggested.

It is, rather, in the words chosen by the chief justice that the core importance of the judgment is to be found. Take the opening sentence: “One of the crucial elements of our constitutional vision is to make a decisive break from the unchecked abuse of state power and resources that was virtually institutionalised during the apartheid era. To achieve this goal, we adopted accountability, the rule of law and the supremacy of the Constitution as values of our constitutional democracy.”

This is a powerful statement, a riposte to those who refuse to see the importance of the Constitution as a basis for the nation’s journey to a substantive democracy.

In similar fashion, the chief justice asserts the vital role the president must play in the vindication of this constitutional vision, and then concludes with a summary of how abysmally short Zuma has fallen:

“[T]he President thus failed to uphold, defend and respect the Constitution as the supreme law of the land. This failure is manifest from the substantial disregard for the remedial action taken against him by the public protector in terms of her constitutional powers. The second respect in which he failed relates to his shared section 181(3) obligations. He was duty-bound to, but did not, assist and protect the public protector so as to ensure her independence, impartiality, dignity and effectiveness by complying with her remedial action. He might have been following wrong legal advice and therefore acting in good faith. But that does not detract from the illegality of his conduct, regard being had to its inconsistency with his constitutional obligations.”

Here lies the real importance of the judgment: not that it is legally ground-breaking, but that it is a muscular assertion that all rule in this country is subject to the Constitution.