Truth about cataracts is plain to see: They can be treated 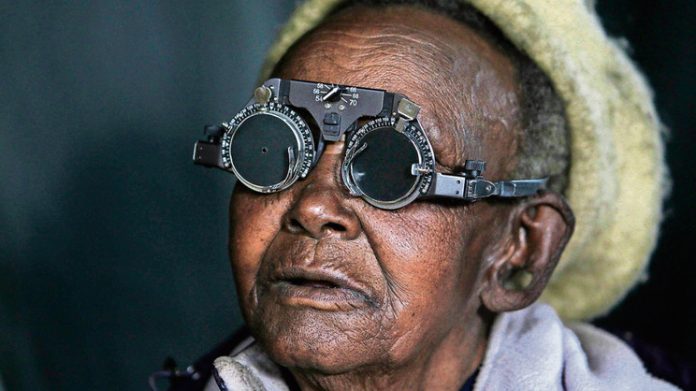 Madagascar’s ministry of health announced last month that it would be including cataract surgery in its universal healthcare programme. This means citizens in all of the country’s districts will now have access to this sight-restoring procedure.

Cataracts, a clouding of the lens of the eye, are responsible for more than half of all cases of blindness, according to the World Health Organisation (WHO).

The condition can be corrected with a simple surgical procedure. But for millions, this treatment is out of reach – about 90% of those who are blind or visually impaired live in low-income settings.

The WHO estimates that in 2010 there were 39–million people worldwide who were blind. At least 80% of these cases were avoidable.

In Madagascar, cataract surgery on one eye costs about $35, while surgery on both eyes at the same time costs $60, a 2011 paper in the Journal of Africa Paediatric Surgery said.

Health officials say the move to offer cataract surgery in the country’s public health system was made possible through partnerships with blindness prevention nonprofit organisations Lion Sight First Madagascar and HelpMeSee, which will help train an additional 150 to 180 surgeons to perform the procedure.

“This is the partnership we need, especially at this moment,” Herlyne Ramihantaniarivo, director general of Madagascar’s ministry of health, said.

According to the WHO, there have been significant improvements globally in preventing and curing visual impairments in the past decade as a result of national programmes and public-private partnerships in countries such as Brazil and Oman.

An eye on more surgeons
Steele Burrow, a spokesperson for HelpMeSee, says a key challenge in the work to end cataract-related blindness is the shortage of eye surgeons.

“Since people are living longer and populations are growing, the number of people at risk for cataract blindness will continue to increase. The number of surgeons, though, has not kept pace, and training of cataract surgeons must increase significantly for there to be sustainable systems of care,” he says.

A study published in the British Journal of Ophthalmology in 2012 showed that there is a “significant shortfall” of ophthalmologists in developing countries.

“The gap between need and supply is widening in both developing and developed countries, a dual challenge that needs to be urgently addressed. In order to meet the continued growing need for ophthalmologists, it is necessary to begin aggressively training eye care teams now to alleviate both the current shortfall in developing countries and the anticipated shortfall in developed countries,” the authors write.

The study was based on a survey conducted by the International Council of Ophthalmology, and showed that countries such as Guinea-Bissau and Swaziland had just one ophthalmologist for the entire population. Botswana, Chad, Djibouti, Eritrea, Gabon and Gambia weren’t much better off, with only two practising ophthalmologists per country.

Cataract camps take surgery to the people
The International Agency for the Prevention of Blindness, an umbrella body, says on its website: “One ophthalmologist should be able to undertake as many as 2 000 or more cataract surgeries a year, provided that there are adequate support staff, infrastructure, and patients who are able and willing to access the facilities.”

But, it says, a lack of awareness about the condition (and the fact that it can be treated), a shortage of trained eye health personnel and access constraints prevent many people from seeking treatment.

One way eye health advocates have tried to get around these barriers is by conducting so-called “cataract camps” in areas that lack these services. Patients in need of treatment are identified and offered the opportunity to have surgery. A team of doctors, nurses and other support staff then set up a mobile clinic to perform the surgeries over several days.

Dr William Mapham, an ophthalmology registrar at Tygerberg Hospital in the Western Cape, says cataract camps are useful because “you’re giving the service to people who in some cases would never have opportunity”.

But because the clinics are only temporary and patients may travel great distances to attend them, there is not always time for the necessary follow-up assessments.

Mapham said that particularly in rural areas, there was no guarantee that patients will be back for their post-operative checks.

“The cons [of cataract camps] are that if there is a complication, there’s nothing you can do but to leave them with the complication,” he says.

“It’s better to have a long-term goal and build a service up for an area over time, but it’s not as easy as it sounds, because you still have to find someone to work there.”