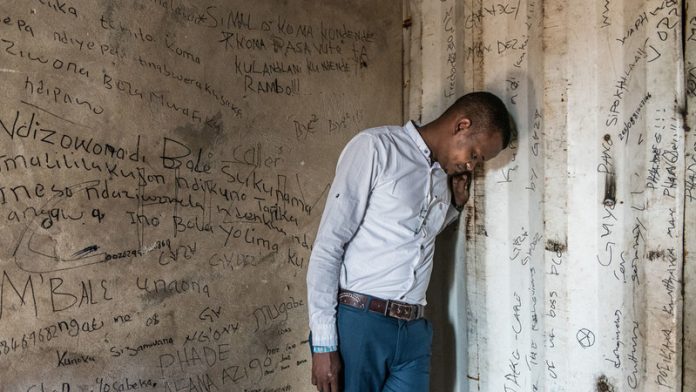 One year after the most recent xenophobic attacks, refugees from the Horn of Africa tell Troy Enekvist how they live in constant fear and “don’t feel safe” in their adopted South Africa.

After 20 years of war in the Horn of Africa, many Somalians and Ethiopians believed they had no choice but to flee and spread across the world.

One community from the region crossed the continent to begin a new life in South Africa, working as entrepreneurs. Little did they know they’d exchanged one hell for another. Constantly the victims of xenophobic attacks, they spoke to the Mail & Guardian about their experiences.

Bishar Abdir Ahman Bulle says he left Somalia after al-Shabab killed his sister and brother. “I left alone, going through Kenya, before crossing the Mozambique border into South Africa. Three months later I arrived in Johannesburg. I now run a shop in Katlehong,” he says.

“But we face violence on a regular basis. One night, I was sleeping in the shop when four guys broke in. They said: ‘Give us the money or you will die.’ They killed my friend, who was also inside the shop, and attacked me with a screwdriver. I told my father back home and he told me that it is better to die in South Africa than in Somalia. But I am afraid to go back to Katlehong; I don’t want to die.”

Sharimane and Farhiya Abdi Hassan are saving money to leave South Africa, after fleeing here in 2004. “I just wanted to run. People told me that South Africa would be a really safe place to stay, and you can work a lot,” says Sharimane.

“I left Somalia in August 2004 and went to Kenya by bus. After a month, I had enough money to continue my journey. After a four-month journey, I arrived and opened two shops – but both of them were destroyed. Now I’m too afraid to open another shop.”

Adds Farhiya: “We live in a small apartment in Mayfair. It’s really hard to pay the rent. In January I was in a taxi with two of my friends when the driver started threatening us because of where we came from. We started screaming for help. We finally got the door open and fell out. My friend crashed her head against the road and is still in hospital. I don’t feel safe anywhere here.”

Mohammed Faheem fled Somalia after losing most of his family in the civil war. “I just wanted to get away from the hell there and started running – I didn’t plan to go to South Africa. My first stop was Nairobi. Two guys there told me about South Africa. They told me it was a good place, safe. A country where you could do a lot. But when I got here, I realised it was nothing like what they had said.

“In 2009 I was kidnapped in a taxi and held for hours before I was dropped off. That really traumatised me. After that I worked in a shop in Tembisa. One day, a guy entered the shop and killed my friend in front of me. I don’t want to go the whole way back to Somalia, and I don’t have any money to go somewhere else.”

Abdikadir Denich left Somalia in 2012, seeking a better future. “My first night here, they came to take everything. The second night they came to burn the shop down. I was sleeping in the shop at the time and was caught in the fire. I survived third-degree burns and three months in hospital. I couldn’t escape people wanting to attack me, so I had to move away from Katlehong. Now I have nothing. I stay here in a hostel for free. All I want is a job.”

Bekele Ashoro arrived from Ethiopia nine years ago. “One day a mob of 200 people attacked my shop. They took the roof and everything. I flew for my life through the back door. Now I have nowhere to live. I don’t feel safe anywhere. When I have no money, I park my car outside the police station and sleep. There I feel most safe.”

Bashir Osman (pictured with his friend, Mamush) was imprisoned by al-Shabab after they killed his father. “I succeeded in breaking the roof of the prison and escaped across the border to Kenya. It took me another four months to get to South Africa. I then opened a shop with a partner.

“One night a mob broke the roof of the shop and got in, while we were sleeping. They then broke the front gate and took everything. We opened the back door and ran for our lives. Now I am afraid the whole time. Al-Shabab is hunting me from Somalia, and sending me threats over the phone. But I can’t be safe here because of the xenophobic attacks.”