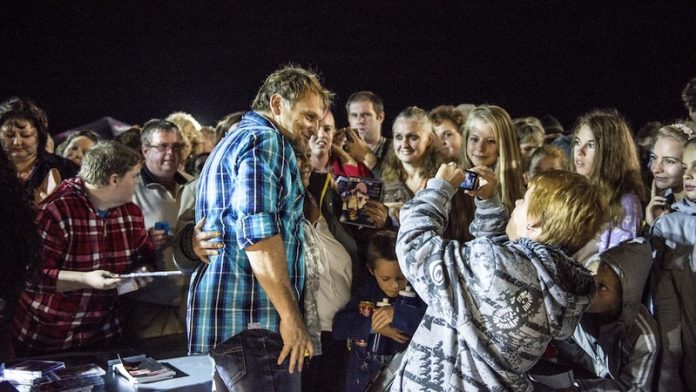 Apparently there is a vast racial conspiracy afoot, and nobody could be bothered to tell me about it. Perhaps there is a mailing list for white South Africans that I have been accidentally unsubscribed from.

Whatever the reason, I am clearly out of the loop. That’s why it came as such a shock last week to read about Julius Malema exposing the white plot about population control.

“White people do not want us to give birth because they know we are more than them,” Malema reportedly told a crowd in Soweto. “So that they can be more than us and the day they are more than us they will take over our land.”

Let’s pause for a second to consider this. Parts of it are straightforward. Everyone knows that there are more black people in South Africa than whites. Sometimes you can go to a restaurant in central Cape Town and briefly be fooled on this score, but we all have to agree that there is a numerical discrepancy.

That’s why the Democratic Alliance always has to rely on black people to bring up the numbers during marches.

Is it true that “white people do not want us to give birth”? It’s a bit awkward for me to answer this, because as a loony feminist I am continuously banging on about the need for the government to provide more accessible abortion services. It might be people like me Malema is talking about.

I personally think of the issue as “a woman’s right to choose” rather than “a racist population control programme”, but maybe it’s a bit like a Rorschach test: you see what you like in it.

I know white people who are into sterilisation campaigns carried out by largely white-run animal organisations. They go into townships and give every dog and cat they can find the snip, and sometimes it doesn’t take very long for people congratulating them on social media to start saying how much they wish the pets’ owners could be dealt with in the same way.

It’s not like there isn’t a precedent for this. White doctors in what was then German South-West Africa carried out sterilisation experiments on Herero women.

We know that the Project Coast, the secret apartheid lab headed up by Wouter Basson, got its jollies from trying to figure out ways to sterilise black South Africans without them realising. So Malema has history on his side, up to a point.

But if the white masterplan for clinging on to our swimming pools is really “outnumber the blacks”, it has to be said that it is a super-kak scheme: our fertility rates are practically on a par with those of giant pandas.

Statistics South Africa said as much this week, in a new report on the demographics of young South Africans. The 4.2% decline in the white youth population over the past five years, Stats SA said, “can be attributed to emigration and/or low levels of fertility amongst the white population group”.

In 40 years’ time, black South Africans will probably be watching documentaries in which white South Africans are introduced to each other as breeding pairs in laboratories. Unless Steve Hofmeyr bangs out a lot more offspring over the next few years, it seems likely that white numbers will continue to drop.

But Malema is not sufficiently reassured. “Give birth and expand because if we do not make children we are going to disappear as a black nation,” he told Soweto. “To make children is a revolutionary duty‚ because children represent reproduction of society.”

I would feel more kindly disposed towards this advice if it was not, by definition, directed at women. Would the commander-in-chief be dispensing this counsel so airily if it were the men getting pregnant, the way male sea horses do?

Would Malema take time out from his political career to fulfil his duty by gestating a revolutionary baby? I’d like to see the “People’s Bae”, Mbuyiseni Ndlozi, have to excuse himself from parliamentary heckling to suckle an anarchistic infant.

South African women are, more often than not, left holding the baby. It’s more common for children to live only with their mother than with both of their parents. Where are the dudes at?

Some of them are in the National Assembly. Exhibit A is EFF deputy president Floyd Shivambu, who last year had to be taken to court by the mother of his child to extract R2 000 in maintenance a month from his MP salary. So when Malema calls on people to have more babies for the revolution, let’s be clear on what that means aside from bolstering population numbers.

I don’t know about you, but that doesn’t sound like much of a revolution to me.

The SACP is not building socialism, or even social democracy. Sadly, it has become just another party advancing the politics of patronage
Read more
Advertisting
Continue to the category
Africa