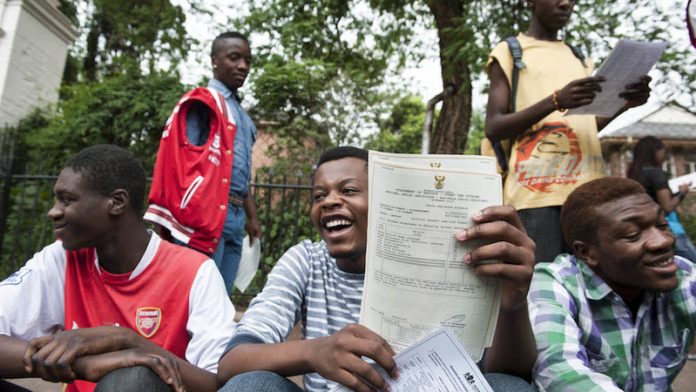 A top education analyst has blamed the shocking dropout statistics of pupils before they reach matric on their “weak learning” during the early years of schooling.

According to the latest statistics, in a report compiled by the department of basic education, there were only 571 819 matrics in 2014 compared to more than one million youngsters in the same age group.

Professor Servaas van der Berg, who is with the research on socioeconomic policy unit at Stellenbosch University, said many pupils dropped out after having failed a few years.

“If children also fail grade nine, that’s almost a certain route to leaving the system before matric. All of this is because of weak learning throughout the system but particularly in the early years. It comes back to bite them in secondary school.”

The document, Education Statistics in South Africa, which was released last month, revealed that pupils in grades 10 to 12 in 2014 made up only 20.6% of the total school population.

Said Van der Berg: “Learning in the early years is so weak that dropping out is inevitable for a large number of pupils.”

The report stated that the highest under-enrolment was in grade 12, which reflected an enrolment of 54.5% of “the appropriate school-age population”.

“It must be noted that some learners who were at the FET (Further Education and Training) band age [grades 10 to 12] were also enrolled in FET colleges and that others attended Adult Basic Education and Training (Abet) classes, which is not a compulsory schooling phase,” the report stated.

The report acknowledged that the decline in the proportion of pupils between grades 11 to 12 was significant and that it suggested “possible dropout or movement out of the schooling system to other education institutions”.

Van der Berg said the bulk of the remaining 477 494 who were not in matric in 2014 would have dropped out of school.

Equal Education, a movement of pupils, parents, teachers and community members, described as “worrying” the reduced number of matrics who sat for the 2014 exams.

According to another report, compiled by Nick Taylor, a senior research fellow at JET Education Services, the numbers in grade 12 were about half of those in grade two 10 years previously. “Of most concern is the precipitous decline in numbers in grades 11 and 12.”

Taylor’s report stated that the number of pupils who left school before matric “is so far in excess of those who enter employment or pre-tertiary study, that we must conclude that most are dropping out to join the army of those not in employment, education or training.”

There were 30 000 fewer matrics in 2014 compared to 2009 despite the increasing number of pupils in the country, according to the report.

“While some learners may leave school to pursue studies at a college of further education, enrolment at such colleges is nowhere near the number of learners who do not progress to grade 12 in the school system. A large number of learners do not complete high school of any kind.”

Matric results may be withheld if rewrite decision is set aside