The France of the Indian Ocean: Everyone belongs on Reunion Island 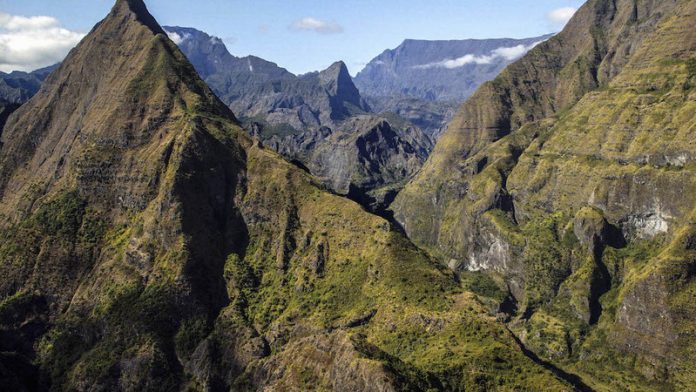 An island escape conjures up visions of endless untouched white sand, crystal-blue water and days that roll into one another as you soak up the sunshine. But Reunion Island will take those perceptions of island life and toss them out to sea — because along with the expected coconut tree-lined beaches that meet warm waters, it offers the perfect escape for adventure seekers and a melting pot of European, African and Asian cultures that have influenced all aspects of life there for the past 500 years.

Reunion is the love child of French flair and the laid-back lifestyle you would expect from a tropical island.

Born of fire, the island was formed by and gets its sloping, hilly terrain from Piton de la Fournaise, a volcano from the depths of the Reunion hot spot in the Indian Ocean. Once the lava settled, the island remained untouched and undiscovered until the Portuguese stumbled upon it in the early 16th century and the French laid claim to it more than a century later.

Before then, the island was uninhabited and as a result has no indigenous people. Today it is the “France of the Indian Ocean” — a French province where the locals are French citizens, French is the official language and the currency is the euro.

A four-hour flight from Johannesburg on Air Austral, Reunion Island’s tropical climate makes for the perfect escape from the chill in wintery South Africa. While the public transport system is limited to buses and taxis, the best way to get around and explore Reunion from top to bottom is by hiring a car and driving. Though, as in France, they drive on the right-hand side of the road, so an automatic vehicle may be best — to take off some of the pressure.

Spending an entire day lounging poolside at a hotel is rare here, with most guests leaving their hotels after breakfast to explore the island and only returning late in the afternoon.

Much like the volcanic rock at its foundation, the island has many layers; its offerings are varied, influenced by the eclectic mix of people — from settlers to slaves — that have lived there.

The cuisine showcases the variety on offer and is best experienced in a local restaurant serving the delicious Creole dishes of the island. A typical Reunion Creole meal is made up of three components: steamed rice, a side of beans and a stew or curry. But it is the nuances of each dish, with different chefs adding their personal touches, that bring out the true colours of cultural influences from India to China and Madagascar.

Dishes are simple, fresh and filled with flavour; and served with hearty island hospitality.

This diversity extends to Reunion’s landscape and terrain, from the black volcanic sand lining its beaches at the coast to the lush green forests of the mountainous interior. No matter where you find yourself, Reunion is an experience in the seamless blending together of difference.

On the drive from the flat coastal area to the top of Piton de la Fournaise volcano, where temperatures tend to drop a few degrees and the craggy mountains touch the deep blue sky, I feel as though I am driving through Alpine villages; passing dairy farms and chalet-style houses.

Just a few hours before, we had left behind seaside towns that seemed to pop up between fields of sugar cane — Reunion’s biggest industry — with houses bearing strong Creole architectural influences.

The island’s famous cirques (craters) are some of its biggest natural wonders, the result of collapses in volcanic rock and centuries of erosion. The massive natural amphitheatres they have formed house Reunion’s most well-known villages in protected basins, each offering visitors something different.

The route to lush Cirque de Salazie, in the northeast of the island, is lined with waterfalls, and the cirque houses the village of Hell-Bourg as well as Maison Folio. The restored 200-year-old, Creole-style house has a lush tropical garden that is open to the public and the kind of stoep I imagine myself retiring to one day — and the old couple who live there have done exactly that, welcoming guests to the village.

Cirque de Cilaos sits in the middle of Reunion and the winding road that leads to the village is an attraction of its own, with more than 400 hairpin bends up and over the mountain. The last, and most secluded, is Cirque de Mafate, which is only accessible by foot or helicopter and a haven for hikers who want to explore the unspoiled natural expanses of the island.

In the mountainous regions, waterfalls seem to spring from every rock face, forming curtains of water that tumble down into the pools and rivers below. With some of the world’s tallest waterfalls calling the island home, canyons such as the Trou de Fer present the cascading white waters spectacularly.

And as I came to expect from Reunion, there is more than one way to indulge in their natural beauty and power. To get a sense of their scale, take to the sky and view them from above on a helicopter tour. Going up and over the inaccessible craggy mountaintops and then into the depths of untouched ravines feels like an all-access pass to an untouched prehistoric world.

Another way to experience the falls is to slip on a wetsuit, strap on a helmet and life jacket, and harness your sense of adventure to go canyoning. This is best described as a combination of hiking, climbing, bouldering or rappelling into a canyon and then jumping, swimming and floating down the river in the canyon to a point where it is easy to climb back out again.

There are nearly 200 canyons fit for canyoning on the island — for all levels of experience — and the ideal adrenaline injection into a holiday.

Much like the ebb and flow of the falls that run at their own pace, the island runs to a clock that fits its easy lifestyle. And there really is something for everyone. From the island’s biggest market in Saint Paul, where locals pick out their fruit, vegetables and spices from loaded tables, to lazy days on the beaches of Saint Gilles or adventure seeking in the mountains and ravines of Salazie.

It is the kind of place where people stop traffic to make sure a chameleon makes it across the road safely. The kind of place that makes you feel as though everyone belongs. Like anyone could call it home.

#GoToReunion Tips
To make your island experience as smooth as possible, keep these tips in mind: