Jacob Zuma, you’re on your own – no takers so far to foot the bill for Nkandla 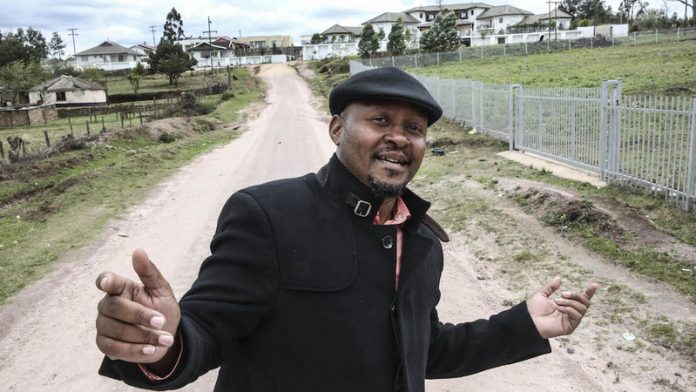 Some, like Deputy President Cyril Ramaphosa, have the money. Others, like the Gupta family, have both the money and the historic willingness to spend it. But this week, as a R7.8‑million invoice landed on the desk of President Jacob Zuma, the Mail & Guardian could not find a single one of his many friends willing to commit to helping him pay the state back some of the money spent on his Nkandla home.

Many would not even discuss the matter. Here are some of Zuma’s “friends” in high places whose silence is telling.

Philani Mavundla
Businessperson
In 2008, Mavundla slaughtered 20 cattle to celebrate Zuma’s ascension to the ANC presidency after he defeated Thabo Mbeki at the party’s Polokwane elective conference.

His construction company, PG Mavundla Engineering, has been involved in many major projects, including the R8‑billion King Shaka International Airport and the R1‑billion Sibaya Casino. It also has a R1.2‑billion stake in the construction of Eskom’s R8.9‑billion Ingula power station.

The former ANC mayor of the Umvoti municipality in Greytown, Mavundla reportedly said that he would lead efforts to raise whatever was owed by Zuma for the upgrade of his private Nkandla homestead.

Mavundla this week initially promised to respond to M&G questions but by the time of going to press he had not, and could not be reached.

Nora Fakude-Nkuna
Businessperson
Fakude-Nkuna has reportedly helped Zuma financially in the past. In 2005, during his corruption trial, Schabir Shaik named Fakude-Nkuna as one of the people who had given the president financial assistance.

In 2003, the M&G reported that Fakude-Nkuna had a “personal” relationship with Zuma. The two were apparently on friendly terms and Zuma stayed at Fakude-Nkuna’s home when ANC business took him to Mpumalanga. Fakude-Nkuna asked the M&G to email her questions, but responded that she was unable to comment on the matter because no one had approached her to donate money to Zuma.

Vivian Reddy
Businessperson
Reddy previously said he had lent money to Zuma, mainly in the form of a R181 000 payment on the bond for his Nkandla homestead. An affidavit by a Scorpions investigator in the stop-start prosecution of Zuma for corruption noted that Reddy “was not able to provide any loan agreement to substantiate this” and had, at the time, received no repayments on the loan.

Reddy’s personal assistant promised he would respond to the M&G’s questions on Thursday, but by the time of going to press he had not responded and could not be reached.

Don Mkhwanazi *
Founder of the Friends of Jacob Zuma Trust
Mkhwanazi, a former Transnet board member and accomplished businessperson with interests in oil and freight transportation, has often stepped forward to assist Zuma. The trust he created fundraised aggressively for Zuma’s legal defence when he stood accused of rape.

When approached this week, his office promised that Mkhwanazi would confirm whether he would still be willing to help the president. By the time of going to print, however, Mkhwanazi had not responded and could not be reached.

Gupta family
Politically connected businesspeople
Atul Gupta is one of the three Gupta brothers and a business partner to the president’s son, Duduzani Zuma. The Gupta family has been accused of using their relationship with Jacob Zuma to influence multimillion-rand government tenders and the appointment of Cabinet ministers.

Atul Gupta referred the M&G to his spokesperson, Gary Naidoo, when contacted this week. Atul said he was uncomfortable commenting over the phone. By the time of going to print Naidoo had not responded, and could not be reached.

Cyril Ramaphosa
Deputy president
Zuma’s second-in-command once famously paid rather a lot of money for a buffalo. This week he said, through his spokesperson Ronnie Mamoepa, that he was not prepared to comment on the matter.

Gwede Mantashe
ANC secretary general
The top technocrat of the party of which Zuma is the political head said he would not help Zuma repay the money.

Thabo Mbeki
Former president
Mbeki often insisted he had a good relationship with Zuma, both before and after firing him as his deputy.

This week his spokesperson, Mukoni Ratshitanga, said Mbeki had never been approached to assist Zuma with the repayment. “The affected party or parties have not asked [us for help]. He [Mbeki] would only answer your question when he is asked,” said Ratshitanga.

This week he said he would be guided by what ANC branches and Luthuli House said on contributing to the costs of Nkandla.

“I don’t know [if I will donate for Zuma]. We are not going to put in any money ourselves. We will wait for direction from national [party structures]. I will rather wait for the organisation to give us direction on that matter.”

Sdumo Dlamini
Cosatu president
Dlamini has often been accused of allowing the trade union federation to tear itself apart because of his insistence on supporting Zuma.

Dlamini said Zuma has made it clear that he needed no one to pay for him. “The president has committed to pay [the money personally]. He has clarified the hoax report that said he was asking for help. No one has asked anyone for donations and no one is donating,” said Dlamini.

* Please note that Don Mkhwanazi has passed away on Friday evening 1 July.