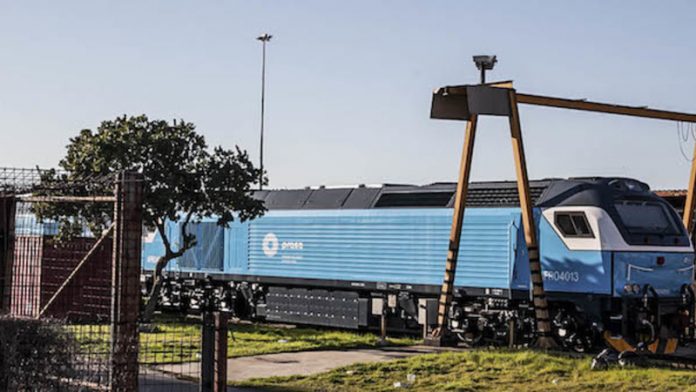 Relations between Transport Minister Dipuo Peters and Passenger Rail Agency of South Africa (Prasa) board chairperson Popo Molefe have deteriorated to a point where the two are said to be no longer on speaking terms.

Tensions between the two politicians, who were once regarded as close allies, reached boiling point last week when Peters threatened to dissolve the Prasa board after Molefe and some board members resisted her instructions to appoint the department’s chief financial officer, Collins Letsoalo, as the acting group chief executive of the embattled rail agency.

The only thing the minister and Molefe agreed on during a heated board meeting in Pretoria last week was the fact that the acting group chief executive officer, Nathi Khena, needed to be removed because of poor performance.

The situation was confirmed by a board member and two senior officials in the department of transport.

According to their accounts, Molefe and Peters differed sharply over Khena’s replacement. Molefe recommended the former Shosholoza Meyl chief executive, Viwe Mlenzana, to take over as acting chief executive. But Peters shot down Molefe’s recommendations.

Prasa is in the process of identifying a suitable person to lead the ailing rail agency. It has interviewed and shortlisted several candidates who could fill the key position, which was left vacant after Lucky Montana was fired in July last year.

Topping the list is the former chief executive of the South African Commuter Corporation, Lauriette Sesoko, who is currently a senior manager at Transnet.

Although Molefe and some board members believe Sesoko would be the ideal candidate to steer the agency in the right direction, Peters and other ANC politicians, including President Jacob Zuma, are understood to prefer Khumalo.

Differences over a suitable replacement for Montana are partly the reason the recruitment process has taken more than a year.

The delay is threatening to derail the implementation of the agency’s R172-billion modernisation programme, which will see an overhaul of its urban commuter rail service, Metrorail.

Peters this week downplayed the tensions between her and Molefe but said she was unhappy with the board’s performance because of the “constantly declining performance in the previous financial year”.

The Sunday Times reported two weeks ago that Peters wrote a scathing letter to Molefe in March, accusing the Prasa board of failing to turn around the troubled state-owned company. Peters raised her unhappiness over a quarterly report submitted to her office in January.

“I have scrutinised this report and learnt, to my despair, that there has been serious decline in the performance, governance oversight and financial management of Prasa.

“Its performance indicates that, of the 40 targets planned for in the period under review, a mere 13, or 32.5%, have been achieved, with 27, or 67.5%, not achieved. This is serious disservice to me, to say the very least, however, more importantly, the rail commuting public of South Africa,” she was quoted as saying.

But Molefe is laying the blame at Peters’s door. He reportedly accused the minister of harming the organisation and undermining the board by delaying the appointment of a new chief executive.

Business Day reported last Friday on a letter Molefe wrote to Peters in May, accusing her of failing to respond to submissions on a chief executive officer. He said her delay perpetuated noncompliance with governance codes and caused harm to an organisation that had experienced serious instability in the recent past.

Molefe’s allies believe there were concerted efforts by some ANC leaders to remove him as Prasa chairperson because of the investigations he launched into multibillion-rand tenders awarded during Montana’s time.

Molefe was compelled to institute the investigation after the public protector’s report found that Prasa had improperly extended tenders, contravening its supply-chain management policy, the Public Finances Management Act and the Constitution. Public protector Thuli Madonsela recommended that the treasury should commission a forensic investigation of contracts and tenders above R10-million.

Molefe’s detractors criticise him for having paid almost R100-million to Werksmans Attorneys, a company they claim he hand-picked to conduct investigations while the cash-strapped rail agency was failing to pay medical contributions for some of its employees and was unable to maintain its trains.

“Under Molefe’s leadership, the number of operating trains have decreased. Out of 4 000 train coaches that Prasa has, only 2 000 are in operation. This is because there is no maintenance happening,” a Prasa insider said.

The agency defended its decision to appoint the law firm after detractors complained that it had not followed procurement procedures.

Prasa’s spokesperson, Victor Dlamini, said on Thursday the board was satisfied with the money spent on the investigation but could not reveal how much was spent. He said there was nothing untoward about appointing Werksmans given Prasa’s workload, which included the implementation of the public protector’s recommendations.

“Werksmans Attorneys is one of the attorney law firms that are on Prasa’s panel. This law firm was regarded as the one that had the best capacity, experience and expertise for conducting the required investigation,” he said.

The investigation had already started to yield positive results, he said. Among them were: