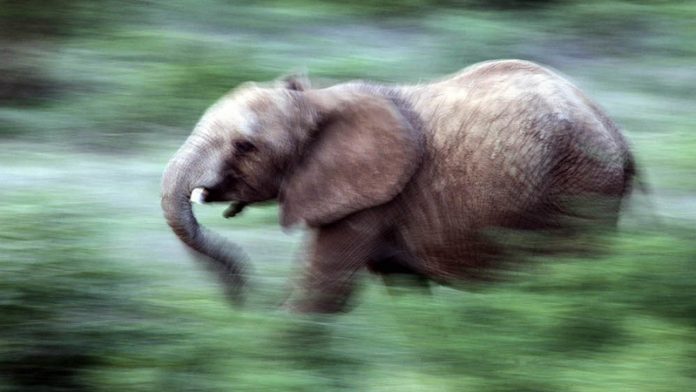 Corrupt officials, working with Chinese and Vietnamese nationals, are the main challenge in the fight against the illegal wildlife trade. This trade is decimating elephant and rhino populations across Africa. That is according to a new report by Traffic, the wildlife trade investigations arm of the Convention on International Trade in Endangered Species (Cites).

The Chinese and Vietnamese nationals work in large syndicates, which have set up sophisticated networks to move ivory from where it is poached in various African countries to markets in Asia.

The report said: “Asian criminal networks, often in collaboration with local political and economic elites, completely dominate the supply of raw ivory out of Africa.”

Traffic looked at seizures of illegal ivory, both in Africa and Asia. Between 2011 and 2014, 61 cases of large-scale seizure of ivory were recorded. That showed that law enforcement officials were dedicating more resources to the trade, but also that the trade was increasing in volume, it said.

Traffic’s data indicated that an increasing number of Chinese and Vietnamese nationals were being arrested in these seizures.

The latest country to be used as a centre for smuggling was Togo, according to Traffic. Large shipments of ivory were collected in the country before being shipped to Asian sellers, it said. This followed a trend where syndicates shipped ivory from a country until they gained too much attention, then moved on to the next country.

DNA tests done on ivory shipped from Togo – and subsequently seized by law enforcement officials – showed that the ivory was coming from all over the continent. These shipments were upward of three tonnes. Traffic said this was indicative of a “pan-Africa set up”, where smugglers have the resources to pay off officials and move huge quantities of horn.

Traffic said: “This is exacerbated by increasing evidence of direct Chinese involvement in Africa-based ivory processing operations in many countries.”

The countries included Angola, Congo, Ivory Coast, the Democratic Republic of Congo, Mozambique, Nigeria, Zimbabwe and South Africa. The worst affected in terms of poaching and trade were Kenya, Tanzania and Uganda, it said.

These countries were all involved in a sophisticated trade network. Traffic said the major storage area for ivory – and rhino horn – was Mozambique. That country provided a good base for operations because ivory traffickers are rarely imprisoned, it found. The horns were then moved to Togo and Malawi to be shipped east, or to Ethiopia to be flown east.

Most of this trade then went to China, Vietnam, Hong Kong, Singapore and Malaysia, it said. Demand in those countries has driven a spike in rhino and elephant poaching across the African continent.

Few rhino populations have survived this, outside of South Africa, where over a thousand rhino are being killed every year for their horn. Cites said that around 30 000 elephants were killed across last year.

The Traffic report will be presented at this year’s meeting of the Convention on the International Trade in Endangered Species, which will be held in South Africa in September. Poaching will the main theme of the meeting, where countries vote to change the endangered listings of species. This determines what quantities of species can be traded by countries.

Zimbabwe and Namibia will ask the member states to sanction another once-off sale in their stockpile of horn. This – they say – will allow them to fund conservation efforts and continue to fight poaching.

But a recent report by the University of California, Berkeley – titled Does Legalisation Reduce Black Market Activity? – said the last such sale in 2008 led to a 71% increase in smuggling of ivory out of the continent. The researchers concluded: “These data suggest the likely documented recent increase in elephant poaching likely originated with the [2008] legal sale.”

Legal sale of ivory has been banned by Cites since 1989.

South Africa had considered approaching Cites to allow a sale of its stockpile of ivory horn. This would fund the multi-million rand fight against sophisticated poaching in the Kruger National Park, and other reserves. But in May the Cabinet said South Africa would not be pursuing any legal sale.