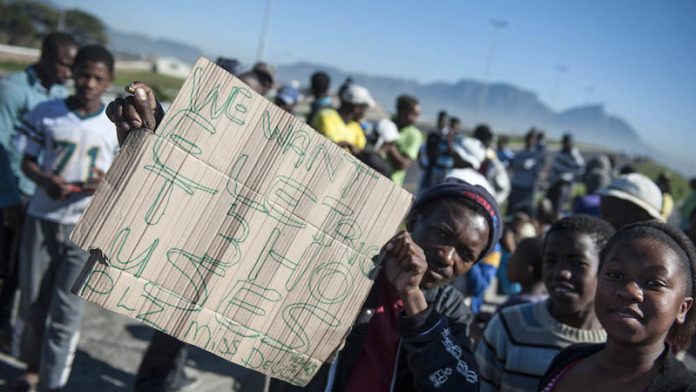 “Modernising the government’s procurement system is the best defence against corruption” — so said the state’s chief procurement officer, Kenneth Brown, at a seminar in Cape Town organised by the Institute for Security Studies and Goedgedacht Forum, held on June 28.

Yet, if South Africa continues with this mindset, in 2022, when we look back at the role and influence of the office of the chief procurement officer in government procurement, we will see that the decision to establish the office came out of desperation rather than a clear and decisive programme to address service delivery. Defence against corruption is secondary.

Since the establishment of the office in February 2013, a good deal more than R150-billion has been wasted through irregular, fruitless and wasteful expenditure, across all three spheres of government. And the figure is expected to increase when the auditor general’s report for the 2015/16 financial year appears. Every year, the auditor general reports that this high level of wastefulness is mainly because government officials are not following regulations, thus opening the way for maladministration and corruption. Part of the reason officials do not follow regulations is because, despite legislation forbidding them from doing business with government, many continue to have such financial interests and continue to do channel millions towards these businesses.

Looking briefly at the complex history of the post-1994 amalgamation of thousands of administration centres, including those of the Bantustans, it’s clear that the process “de-bureaucratised” the public sector and local government. As a result, a feature of the post-apartheid state is contracting government services out to third party providers.

Brown said that “government spends about R500-billion a year on goods and services, ranging from the supply of pens and paperclips to mega-billion infrastructure projects”. This is well over 40% of the total R1.3-trillion annual budget of the 2016/17 financial year. The rest is spent on the wage bill for essential services — health, police, teachers, and officials who can best be described as administrators who oversee and manage relations between the government and third party service providers. Hence government does not have the capacity to do anything but file and report, whereas third party service providers do everything: designing plans, selecting other third party service providers, implementing those plans, monitoring and evaluating the implementation of the same plans, and preparing reports, in particular financial statements, especially in local government.

Furthermore, as capacity continues to diminish in public sector and government dependency on third party service providers deepens, tens of thousands of discrete procurement sites flourished. In some instances, government officials, from junior assistants to senior managers within the same department but in different units, are responsible for procurement sites, yet lack the skills to manage a contract when engaging with third party service providers. Even the smallest procurement — such as buying sugar for staff — can only happen in government with a tender.

If we were modernising our procurement system in a situation where the root cause of the problem is mainly administrative, Brown’s approach may have merits. If the problem were those of processes and procedures, design and flows, stakeholder management and dispute resolutions, then Brown’s plan would stand a chance. But the challenges before government as far as procurement is concerned are not merely administrative in nature, and those who believe administrative modernisation will resolve these challenges are wasting time, as well as precious and limited resources, on a wild goose chase.

It is about time that the government looked at its core functions and built strong internal capacity to fulfil those functions, as part of an overhaul of macroeconomic policy and state restructuring to achieve people-centred government. The government has functions that are recurring, predictable and essential for sustainable service delivery. For example, maintenance of water infrastructure to ensure that taps are not leaking is one such function that requires internal capacity. Building internal capacity to reduce dependency on third party service providers will not primarily target corruption: instead, it will target the improvement of service delivery.

Some may ask: Where will the government get all the skills to build internal capacity? The fact of the matter is that the majority of qualified and skilled people, in particular artisans employed by the majority of third party service providers, are paid slave wages, work in inhumane environments without necessary benefits such as medical aids and a pension, and only the owner of the business gets to enjoy the accumulation of wealth.

Regardless of what form system modernisation takes, a defence against corruption in procurement is unlikely to come from there. If the lack of action by municipal councils to deal with transgressions in supply chain management processes, as reported by the auditor general, is any sign, it might be some time before we see any decisive steps towards dealing with corruption. The Brown plan simply puts a band-aid on an open wound.

Gumani Tshimomola
Gumani Tshimomola, a doctoral student at Wits University focusing on the role of the Treasury in SA’s political economy, is the EFF senior researcher in parliament
Facebook
Twitter
WhatsApp
Linkedin

Eskom plans to streamline procurement in light of Zondo reports

SIU data explorer: The people and firms in the Covid procurement scandal