​’You can question anyone, except Zuma’ – Hlaudi reportedly told SABC journalists 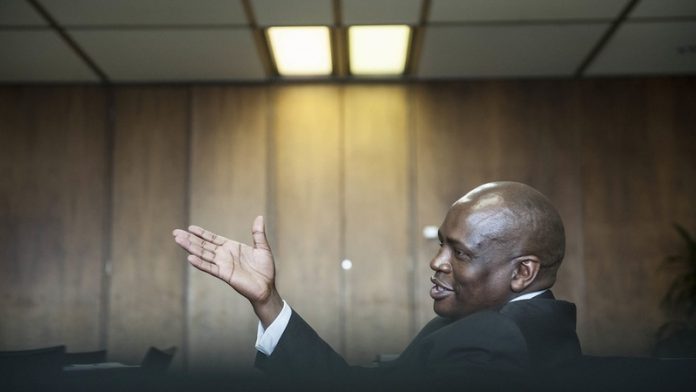 SABC chief operating officer Hlaudi Motsoeneng allegedly told reporters at a June workshop that they could question anyone in their coverage, except President Jacob Zuma, according to court papers.

Eight journalists, dubbed the “SABC 8”, filed an urgent application on Friday seeking direct access to the Constitutional Court, which News24 has seen.

They want the SABC’s recent policies declared “unconstitutional, unlawful and invalid”, and the disciplinary charges against them dropped.

In an affidavit, economics editor Thandeka Gqubule said an elections workshop was convened in Magaliesburg on June 6 and 7 to talk about the SABC’s election strategy.

She said that Motsoeneng told them explicitly that Zuma could not be questioned by the broadcaster in its coverage, as they needed “to respect him”.

“I’m in charge, you must adhere to my instruction. President Zuma is the president of the country. I do not regard him as ANC. You cannot treat him the same,” he allegedly told the staff.

“We will give him more time. And you can question everyone (Mantashe et al) except our president. We need to respect him. Especially you, SABC.

“I expect you all to align with my instruction.”

‘I am in charge’
Motsoeneng also said that reporters should not focus on negative stories, and that no one outside the organisation could “influence” the SABC.

“Do not focus on negative stories… Reporters at the SABC do not know the world; when they report, they mislead listeners.

“I’m going to tell them: They cannot tell us what to do.”

He also covertly threatened his staff members, according to the court documents.

“Look at your editorial policy. We have removed news and replaced with content. If you as SABC mess up the organisation, you mess up your life.

“I am in charge. News is now part of Operations. We change the world. We must have news with content.”

The journalists also want the suspensions of Gqubule, Krige and Venter to be reversed.

Communications Minister Faith Muthambi was named as one of the respondents in the application.

The others are Icasa, Media Monitoring Africa, Save Our SABC coalition, Freedom of Expression Institute, the Helen Suzman Foundation, and Sanef.