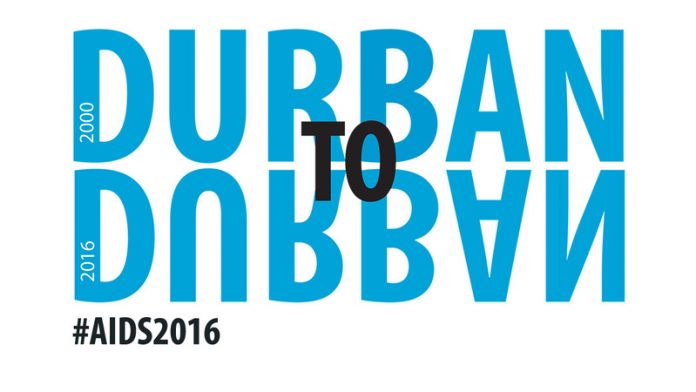 More than 18,000 scientists, clinicians, experts, civil society representatives and leaders are descending on Durban, South Africa, for the International AIDS Conference from July 18. Some have suggested that these sorts of conferences are little more than “talk shops” that do little to further the fight against HIV/AIDS. Professor Mzi Nduna of the University of the Witwatersrand’s Department of Psychology tells Candice Bailey, The Conversation Africa’s health and medicine editor, why she disagrees with these critics.

Still, perhaps we need to relook at the regularity and repetition of these conferences. The same people tend to attend national, regional and international conferences on this issue. This selective attendance is created by access, or lack thereof, to funding. Scientists who do “good” science have their abstracts accepted and receive funding to attend.

This model excludes many people who work in the field of HIV/AIDS and could participate meaningfully in the conference. It also results in presenters talking only to each other in front of small audiences.

It’s important to change the faces of attendees and to open up opportunities for participation. Academic and scientific institutions must re-examine how they fund conference attendance. Funding should be made accessible to civil society bodies so their members can participate in bigger numbers.

All of that said, there is undisputable value in these meetings. They provide an opportunity for scientists to share their most recent findings. They’re also a platform for advocates and activists to engage with science in a way that’s not usually possible. Most of these findings may not otherwise be disseminated beyond exclusive, expensive research journals.

These conferences are also a chance for civil society to meet and engage with governments and donor partners. These meetings are very important: decisions that change lives flow from them. There are chances for networking and information sharing, particularly about what works. It mustn’t become an “acronym festival” – there’s no need to always start new programmes with interesting acronyms when existing programmes can be strengthened and expanded.

What do you think the major changes have been since the last Durban meeting (in 2000) in the attitudes to and management of the disease?
South Africa has moved from a denialist phase in which its leaders questioned the origins of HIV and denied its link to the disease clinically labelled AIDS. Now we know and collectively accept that the HI virus is a precursor for AIDS; that it affects men, women, straight and gay people, those who are poor and also the rich. The discourse has moved beyond creating categories of people “at risk”. These categories have not been useful in the past; they have misled and deceived.

But it’s undeniable that some people are more vulnerable because of their social context . For example, Africans everywhere in the world form a larger number of people infected with HIV. Young black African women in particular form a larger part of the number of people living with HIV globally and in sub-Saharan Africa – with South Africa at the front of the pack.

Given this knowledge, it becomes clear that the answer to HIV prevention and treatment for AIDS is a call beyond the bio-medical approach. Responding to the HIV/AIDS epidemic is a developmental challenge and should be treated as such. All sectors of society are needed to implement their work in ways that take into cognisance their role in either increasing or reducing vulnerability. Sector collaboration has resulted in strides in reduction of new neonatal infections globally. Women need to worry less about decisions to have a child when living with HIV. This is a situation that has dominated narratives of women living with HIV before the effective implementation of prevention of vertical transmission of HIV. This has since changed.

What are the important decisions that should come out of this conference?
One of the pre-conference meetings I attended was the Women Now! conference, also in Durban. It was a vibrant space where African women from all over the world gathered to share information about their HIV prevention and treatment programmes. Women agreed in this meeting that “our stories are our data”, a statement made in response to the marginalisation of the black women’s narrative in the HIV/AIDS scientific world.

This statement resonated with us all. As the most infected and affected sector of the population, women need to re-appropriate the narrative of the HIV/AIDS epidemic and to be at the centre of responses aimed at addressing their prevention and treatment needs. I am hoping that this will be carried through and beyond this 21st International AIDS Conference.

Decriminalisation of sex work is another issue that’s really important. The opening of the conference coincides with the observation of Mandela Day. What better way to remember Nelson Mandela, the former president of South Africa and an icon for human rights than to address decriminalisation?

Decriminalising sex work will go a long way in the fight against human right abuses. As delegates arrived, it is alleged that some sex workers were denied accreditation because of their “criminal records”. If we continue at this conference to discuss sex and risk while excluding sex workers, we’d be talking out of context. I am hoping that this is resolved immediately so that as we deliberate, we leave no-one behind.

One other important conversation at this year’s conference is dissemination of information about pre-exposure prophylaxis (PrEPs). We need governments to make decisions on the roll-out of PrEps for prevention. In some countries PrEps is made available to sex workers and men who have sex with men. It is important to extend this tool to other young women as well to reduce the risk in the general population.

Mzi Nduna, Associate Professor in Psychology, University of the Witwatersrand