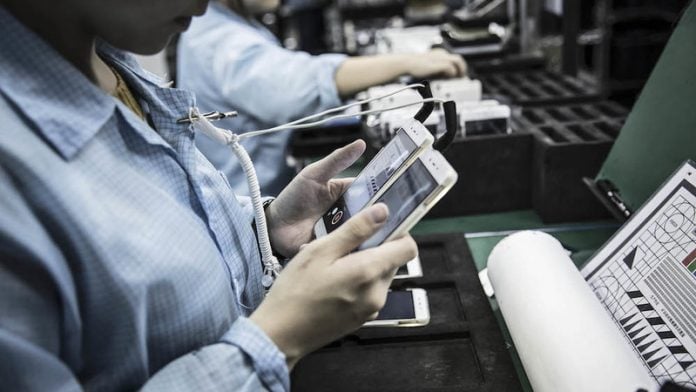 The information communications technology (ICT) industry has grown frustrated about mounting red tape over technology imports that has not only resulted in South Africa falling behind the tech curve but is also putting jobs at risk.

Regulations that are exasperating ICT importers have taken two forms, and are being implemented by two government agencies: the National Regulator of Compulsory Specification (NCRS) and the South African Bureau of Standards (SABS). Both fall under the department of trade and industry.

First, the NCRS has extended the timeframe for processing letters of authority (LOA) for electrical imports that plug into the mains including computers, tablets and flat screen TVs to 120 working days. It is a safety requirement but it has resulted in technology that is out of date before it is even offloaded at a South African port.

Second, for ICT goods to receive a certificate of compliance, the SABS now requires its inspectors visit the places of manufacture and conduct witness testing at the businesses’ expense, said to cost hundreds of thousands of rands per visit.

The department, the NCRS and the SABS did not respond to the Mail & Guardian’s questions.

Major ICT industry insiders expressed concern over the effect of the regulations, but they wished to remain anonymous for fear of victimisation.

In the past, letters of authority were issued within 30 days. Now the timeframe is typically the maximum prescribed 120 days, or longer. Yet LOAs for other industries are prioritised. Automotive imports receive LOAs within 30 days.

“But somewhere along the line, bureaucracy decided internationally recognised certification from the labs in Germany and elsewhere are not good enough,” said an executive of a major ICT distribution company.

“If we are working with slower and older technologies, how can we compete with the Americas and others?” a source at another large ICT distributor asked.

Further frustrating the import of ICT goods are new hurdles in obtaining certificates of compliance.

In May last year, the SABS suspended staff and the issuance of certificates of compliance, pending an investigation of its testing and certification services. In June this year, the SABS announced the processing of certificates of compliance relating to electromagnetic interference and compatibility had been reviewed due to “the influx of low quality products into the country and the risks they pose to consumers”.

To be certified, industry sources say, the SABS now requires its inspectors to visit the factories where the goods are manufactured, to take random samples from the production line and have them retested at a laboratory of the inspector’s choice.

An executive of one of the world’s largest ICT companies said the fee he had been quoted for the factory visit was R300 000 per facility for a three-year certification. Each year there will also be a surveillance visit which will incur an additional (as yet unknown) cost.

So-called witness testing of products is not the norm in the ICT industry, the technical director of the global ICT distribution company said. That the company should foot this bill is even more unusual. “Ultimately the consumer will incur the cost.”

One way to create nontariff trade barriers is to keep agencies understaffed, said an independent trade consultant referring to the LOAs.

In 2014-2015, the NCRS reported a surplus of R182-million. “They could use that surplus to improve service to clients. [The inefficiency] seems a deliberate measure,” the consultant said.

The American Chamber of Commerce in South Africa said, although South Africa’s ICT industry was positioned as the ICT hub for Africa, this is being eroded as African countries are increasingly preferring to obtain the latest models and technology directly from other countries rather than wait months for the South African authorities to release the required documentation.

“Recently a country in Africa tried to get spares for a computer that had not even been released in South Africa,” the chamber said.

It was unforgivable in a country where jobs are so scarce that intentional and unnecessary red tape is allowed to decimate jobs and impact business, it added.

“International computer brands are retrenching due to the delay in being able to obtain release of products into the market. And, due to the lack of exports into Africa, the export departments in South African businesses have been impacted by retrenchments,” it said. “Further job losses will follow in the transport and shipping industry as the market for exportation declines.”

The Chinese General Chamber of Commerce in Africa could not be reached for comment.

The pandemic has caused 50 000 businesses in the sector to temporarily close, putting 600 000 jobs at risk
Read more
Business

The government has zeroed in on youth unemployment, but the coronavirus pandemic threatens to leave young people even more vulnerable than before
Read more
Advertising
Continue to the category
National