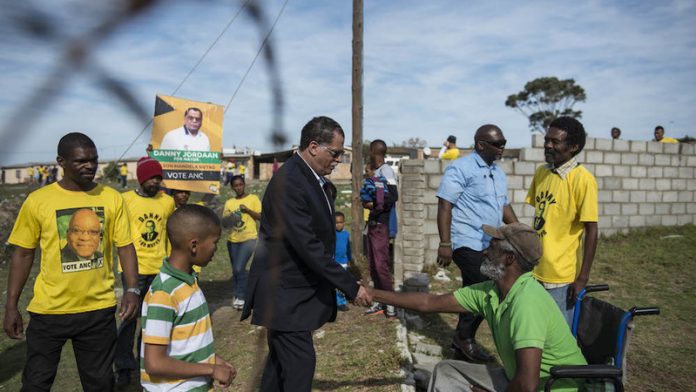 The ANC on Thursday tried to disrupt the first Nelson Mandela Bay council meeting since the August 3 local government elections, but failed to halt the election of a new speaker and mayor.

Newly-appointed speaker Jonathan Lawack said the actions of the ANC councillors during the proceedings were unacceptable.

Acting municipal manager Johann Mettler told reporters after the session that he had received a letter from ANC lawyers, urging him to postpone the 10am council meeting.

The ANC was unhappy with the allocation of proportional representation seats and its lawyers threatened that, should the meeting go ahead, they would seek a court interdict to stop it.

“I have instructed our attorney to respond to their attorney,” he said.

When proceedings got underway at 10am, no ANC councillors were present in the Feathermarket Auditorium.

However, Mettler noted there were 67 councillors present  (which enabled them to form a quorum) and the meeting could thus get underway. He had just completed the swearing-in of those present when a commotion at the front entrance of the hall brought proceedings to a halt.

ANC councillors, including former mayor Danny Jordaan, were trying to get in, but found the doors locked.

Lawack said there was nothing untoward about the doors being closed, as proceedings had already started. Special arrangements needed to be made beforehand to allow in latecomers.

Mettler, who was still managing proceedings at the time, called for a 10-minute recess to allow the ANC councillors to enter and take their seats.

As they entered the auditorium, people in the public gallery began booing them and chanted “Danny Must Fall”. Jordaan did not enter the council with the rest of the ANC members.

Later, when Athol Trollip was elected as executive mayor, at least half of the ANC councillors left the building.

“It was a deliberate attempt to scupper the election of the mayor, deputy mayor and the speaker. I will not, during my tenure, allow members of council to forget what they are really here for,” said Lawack.

This was to deliberate on matters that would enhance service delivery, he said.

“If anyone veers off that track, I will I will deal with them unequivocally. This morning was unfortunate, but I think that they now know where I stand. I have been a school principal and discipline was one of my fortes,” he said. –  News24

Plastic to replace the stone jug in Nelson Mandela Bay